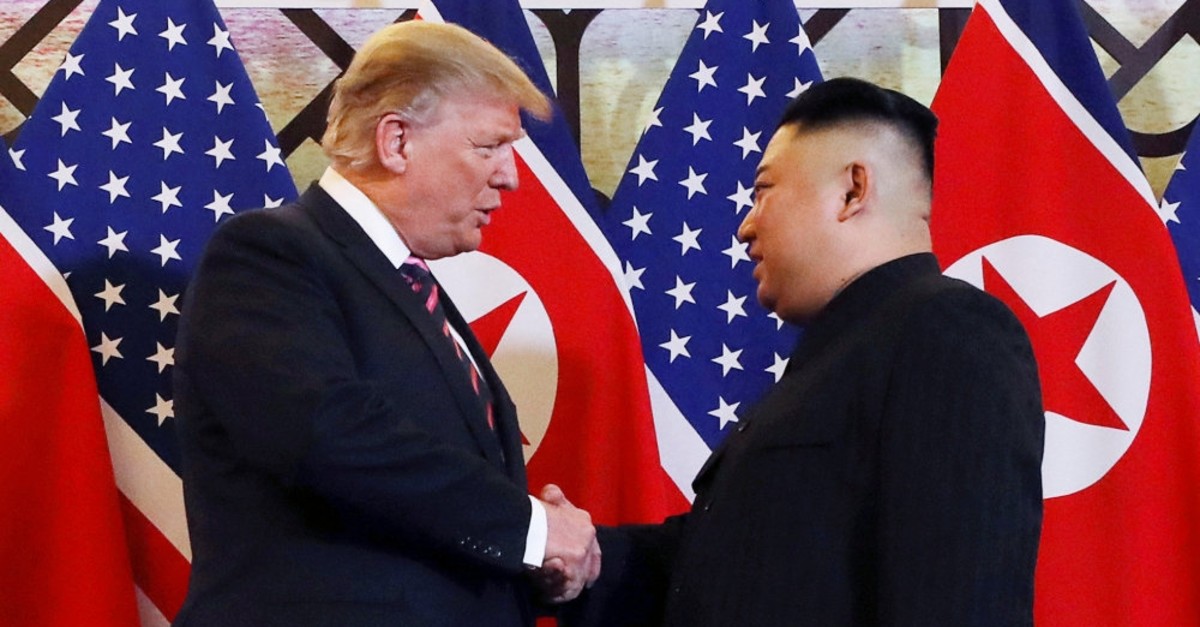 The two exchanged smiles and a warm handshake in front of a phalanx of alternating American and North Korean flags. They posed for cameras before disappearing for their private tete-a-tete, similar to one they had at their first historic meeting last year in Singapore.

"We made a lot of progress," Trump said of their first summit. "I think the biggest progress was our relationship, is really a good one." Asked if this summit would yield a political declaration to end the Korean War, Trump said "We'll see. Kim said he was "confident of achieving the great results that everyone will welcome."

The president risks being distracted by scandal back in Washington, where his former lawyer Michael Cohen was set to describe him as a "conman" in bombshell testimony to Congress scheduled for shortly after the summit dinner ends on the other side of the world. But Trump, seeking a big foreign policy win to push back against domestic troubles, believes he can make history with North Korea, and claims Japan's prime minister has already nominated him for a Nobel Peace Prize. His goal is to persuade Kim to dismantle his nuclear weapons and resolve a stand-off with the totalitarian state that has bedeviled US leaders since the end of the Korean War in 1953. To lure Kim into radical change, Trump is believed to be considering offering a formal peace declaration, though perhaps not a formal treaty, to draw a line under the technically still unfinished war.