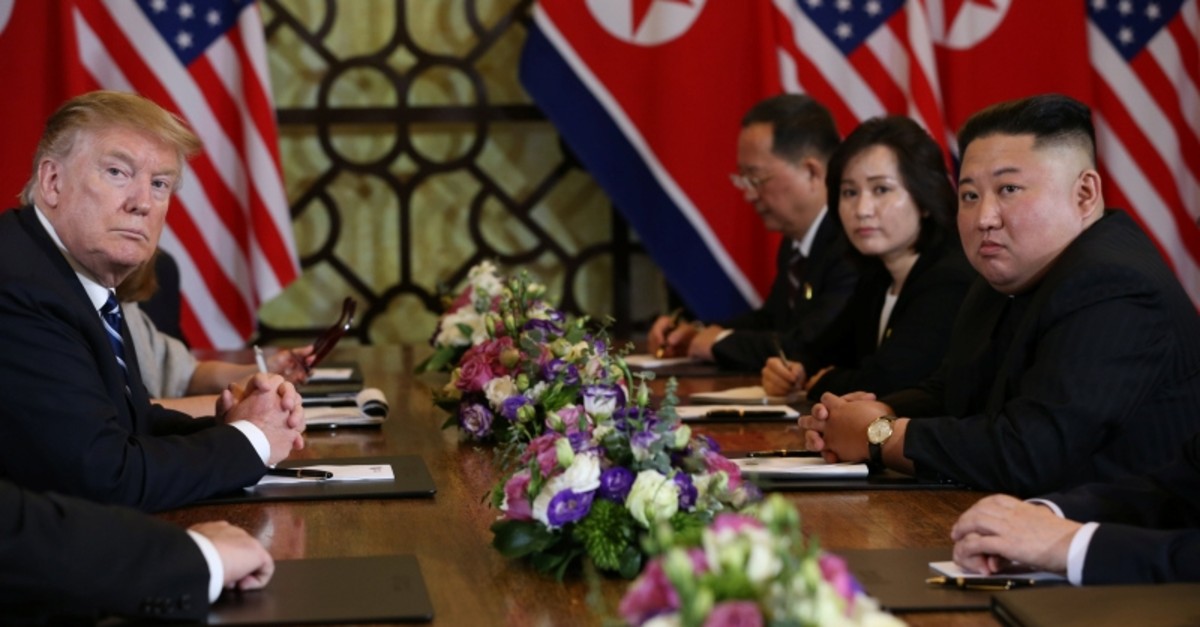 The nuclear summit between President Donald Trump and North Korea's Kim Jong Un collapsed Thursday after the two sides failed to reach a deal due to a standoff over U.S. sanctions on the reclusive nation, a stunning end to high-stakes meetings meant to disarm a global threat.

Trump, in a news conference after the abrupt end to the talks, said the breakdown occurred over North Korea's insistence that all punishing sanctions the U.S. had imposed on North Korea be lifted without Pyongyang committing to eliminate its entire nuclear arsenal.

"Sometimes you have to walk," Trump explained, adding that an agreement was "ready to sign."

"I'd much rather do it right than do it fast," the president said. "We're in position to do something very special."

Both leaders motorcades roared away from the downtown Hanoi summit site within minutes of each other after both a lunch and the signing ceremony were scuttled. Trump's closing news conference was moved up and he was expected to depart for Washington ahead of schedule.

The breakdown came after Trump and Kim had appeared to inch toward normalizing relations between their still technically-warring nations as the American leader tamped down expectations that their talks would yield an agreement by North Korea to take concrete steps toward ending its nuclear program.

In something of a role reversal, Trump deliberately ratcheted down some of the pressure on Pyongyang, abandoning his fiery rhetoric and declaring he wanted the "right deal" over a rushed agreement.

For his part, Kim, when asked whether he was ready to denuclearize, said "If I'm not willing to do that I won't be here right now."

The two sides have differed over the definition of the term, and when Kim was asked if he was willing to take concrete steps, the North Korean leader answered: "That's what we are discussing right now."

In answers to reporters' questions during his meeting with Trump, Kim also said he would welcome the idea of putting a U.S. liaison office in the North's capital, Pyongyang.

The breakdown denied Trump of a much-needed victory that could have offset some of the growing domestic turmoil back home. But he insisted that relations with Kim remained warm, stressed that progress had been made and said he was still hopeful of eventually reaching a deal to denuclearize North Korea.