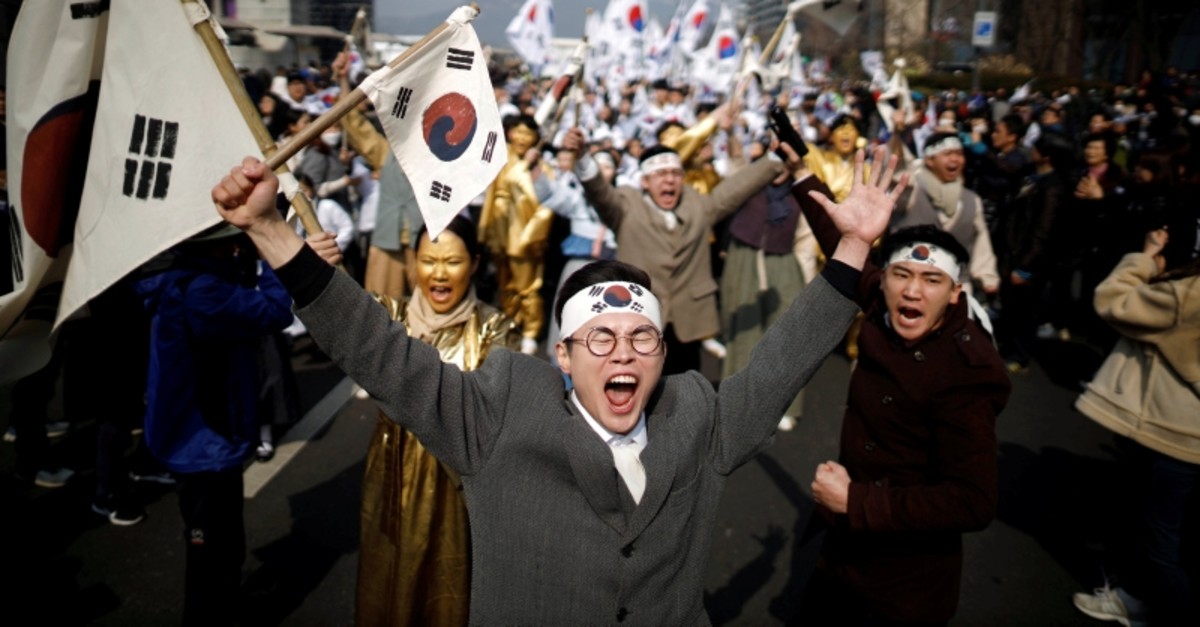 South Koreans celebrated Friday the 100th anniversary of the March First Movement, or the "Sam-il" Movement to Koreans, a day marking the beginning of Korea's national independence movement from Japan, with peaceful events across the country.

On March 1, 1919, a series of demonstrations for Korea's liberation from Japan's colonial rule started in capital Seoul and soon spread across the country.

Speaking at an official event to commemorate the day, South Korean President Moon Jae In highlighted the importance of peace and a unified Korea.

"On that day, we were reborn as citizens of a republic; we were no longer subjects of a dynasty or a colony of Imperial Japan. The great journey toward a democratic republic began at that time looking beyond independence and liberation," he was quoted by U.S.-based international agency Voice of America (VOA).

Korean scholars and reverends released a declaration on March 1, 1919 that initiated the movement among the public, and although Korea didn't gain independence there and then it led to the establishment of a Korean government-in-exile, The Provisional Government of the Republic of Korea in Shanghai, China.

The March First Independence movement is one of the mutual holidays celebrated every year in both South and North Korea.