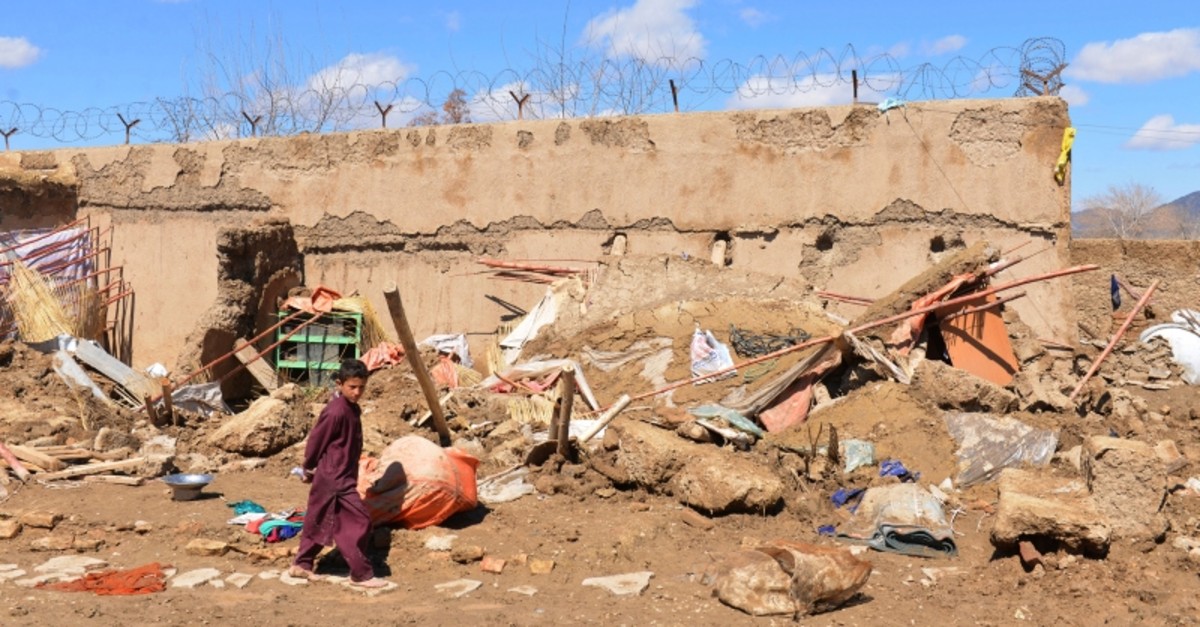 With no signs of respite in the deadly Afghan conflict despite an evident rush to peace talks, the raging conflict claimed at least 700 lives in February alone.

Figures compiled by Anadolu Agency indicate there was a slight decline in the casualty figures from a month earlier, attributable to the harsh winter and engagement between the Taliban and the U.S. in peace talks to end the 18-year war.

With the new hawkish Assadullah Khalid-former head of the secret service NDS-now in command of the Defense Ministry, the army took the fighting to rebel positions in some Taliban strongholds such as Sangin in Helmand and Andar in the Ghazni province.

Every week the ministry was issuing statements of average death tolls of up to 50 Taliban rebels killed by various units of the Afghan National Army. In the last week of February, however, this figure surged to a phenomenal 350.

"Despite unsuitable weather conditions and heavy snowfall, over the last week, the Afghan Air Force carried out airstrikes on enemy havens in order to ensure security," said the last ministry statement for February operations, listing 10 districts for operations.

The Kabul government is relying heavily on the nascent Afghan Air Force and the Afghan National Army Commando Corps to crush the insurgency and avoid a mounting death toll for security forces.

On the eve of landmark talks between the U.S. and the Taliban in the Qatari capital Doha last Thursday, Feb. 28, Afghan rebels stormed the Shorab airbase, also known as Camp Bastion and ANA's 215 Corps base in southern Helmand, and killed dozens of soldiers. Though the Defense Ministry only confirmed the killing of 23 security forces in this attack, leading local news outlets such as Tolo News and Pajhwok News claimed a death toll of government forces as high as 50.

On the same day, similar coordinated assaults were staged by the Taliban on a security convoy in the northern Sar-e-Pul province and a joint army and pro-government militia base in Faryab province bordering Turkmenistan that left 23 security forces killed.

U.S. forces in Afghanistan and the NATO-led Resolute Support Mission have not confirmed the killing of any foreign troops in the war-ravaged country in the month of February.

Afghan civilians continued to pay a hefty price for this lingering bloodbath in the country during February as well. According to the country's Civilian Protection and Advocacy Group, 106 civilians were killed and 59 injured amid the ongoing conflict this month.

With a record 3,804 civilians killed in the Afghanistan conflict in 2018, according to a U.N. report released on Feb. 24 by the U.N. Assistance Mission in Afghanistan (UNAMA) and the U.N. Human Rights Office -- a clear sign of intensifying violence -- the U.N. last week said there is an urgent need to seize opportunities for peace here.

Among the dead were 927 children, the highest recorded number of children killed in the conflict during a single year.

Figures compiled by Anadolu Agency suggest more than 900 were killed and at least 800 injured on all sides of the conflict across Afghanistan in January.