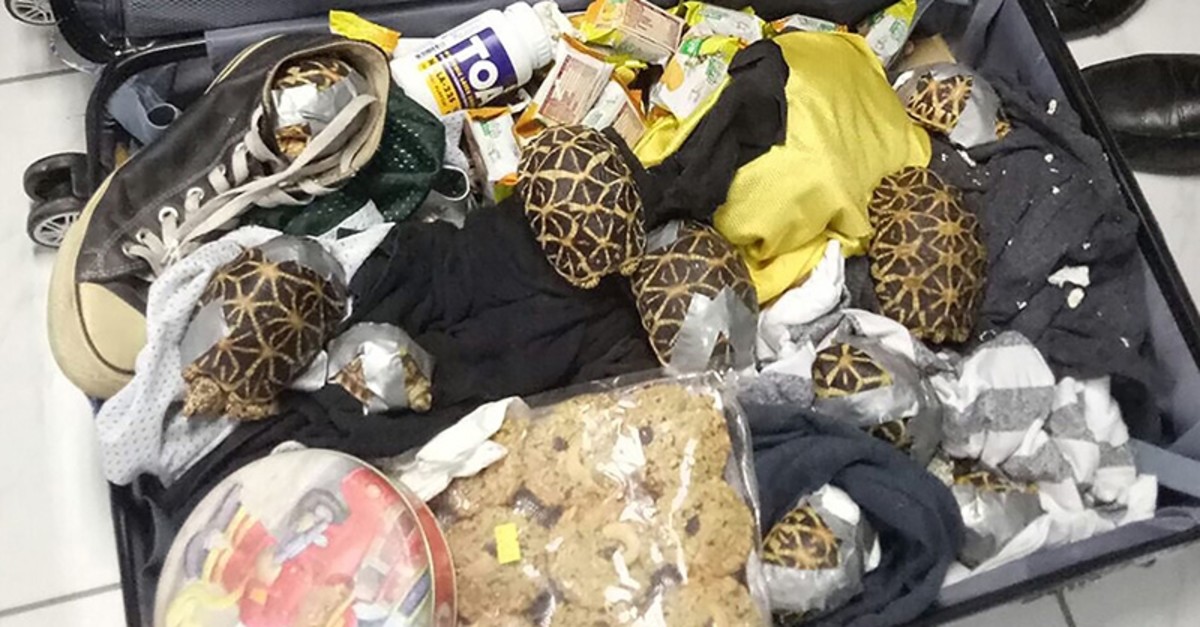 This undated handout photo received on March 4, 2019, from the Bureau of Customs public relations office shows turtles found inside a suitcase, covered with duct tape, during a press conference at Manila's international airport. (AFP Photo)
by Mar 04, 2019 2:38 pm

Some 1,500 live exotic turtles -- some restrained with duct-tape -- have been found inside an airline passenger's luggage, Philippines authorities said Monday, as they vowed a crackdown on the lucrative wildlife trade.

The Philippines is a major source and transit point of wildlife trafficking, according to a 2018 report by the U.S. State Department.

The turtles and tortoises were found at Manila airport on Sunday in the luggage of a Filipino passenger, who had arrived from Hong Kong, hidden among clothes and shoes. 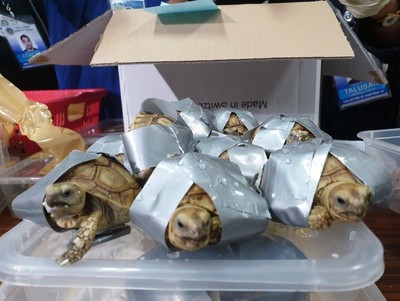 "Our staff were taking care not to hurt them because duct tape was used to immobilize the turtles."

Talusan said the matter was under investigation and authorities had identified the passenger, who could face charges of violating the nation's illegal wildlife trading law, which carries a maximum two years in prison.

The turtles seized were estimated to be worth 4.5 million pesos ($87,000), the customs bureau said.

Among the animals found were the Indian Star Tortoise, classified as "vulnerable" by the International Union for Conservation of Nature.

The turtles confiscated on Sunday were likely destined to be sold in the Philippines or smuggled to other countries using false documents, environment officials said.

"It's for business purposes. Those turtles are expensive. It's such a lucrative business. There are buyers and collectors who treat them as pets," environment undersecretary Benny Antiporda told AFP.

"We are stepping up our all-out drive against the black market of endangered species."

Antiporda added the Philippines would ask Chinese authorities whether they wanted to take back the confiscated turtles which were being quarantined and treated in Manila.

Sunday's haul was the latest in a series of seizures of smuggled wildlife at the capital's airport.

More than 50 iguanas were discovered in the luggage of a passenger from Bangkok last month, with some of the animals hidden in water bottles and socks, Talusan said.