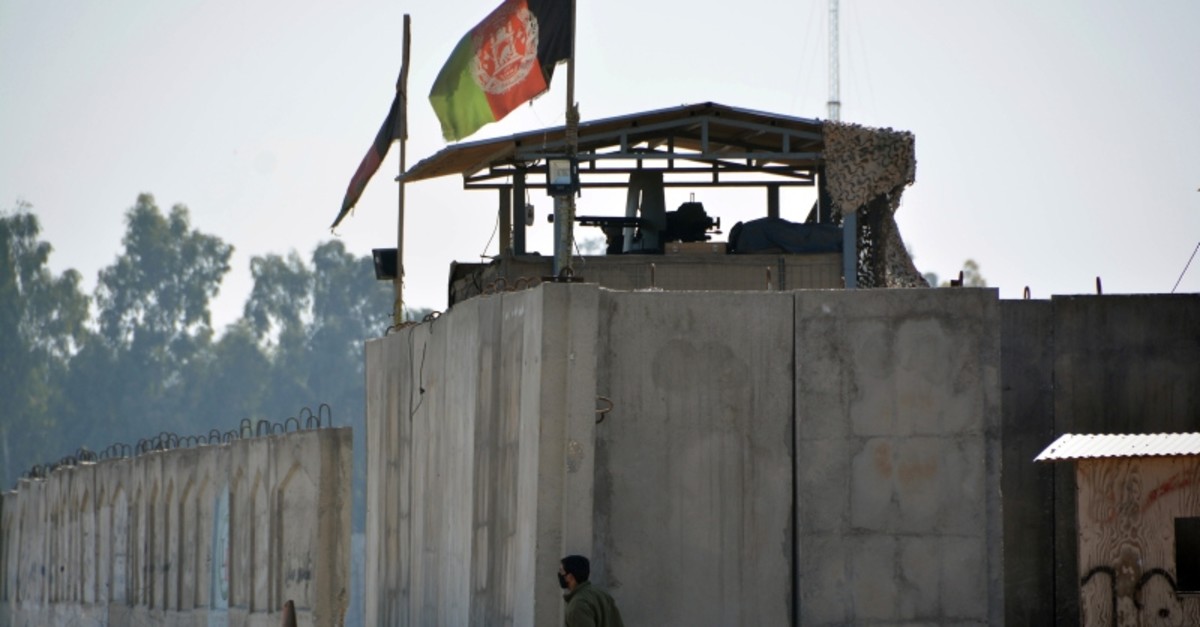 An Afghan security personnel stand guard in the checkpoint of airport after a suicide attack in Jalalabad province, east of Kabul, Afghanistan, Wednesday, March 6, 2019. (AP Photo)
by Compiled from Wire Services Mar 06, 2019 10:45 am

Attaullah Khogyani, spokesman for the provincial governor, told Anadolu Agency that five attackers stormed the EBE construction company compound around 5 a.m. in the Behsud district on the outskirts of provincial capital, Jalalabad city.

He confirmed 16 company employees and all five attackers were killed in the attack that ended just before noon. Two attackers detonated their suicide vests while three others were shot and killed by the security forces.

The bombings come as U.S. and Taliban negotiations continue to hold ongoing peace talks in Qatar aimed at ending the nearly 18-year conflict.

Despite a two-day break before the weekend, negotiations continue on "a daily basis right now and progress is being made," U.S. State Department spokesman Robert Palladino told journalists Tuesday.

"These discussions are ongoing and what we're focusing on are the four interconnected issues that are going to compose any future agreement," Palladino said -- listing them as terrorism, troop withdrawal, intra-Afghan dialogue and ceasefire.

U.S. Secretary of State Mike Pompeo said during an exchange with high school students in Iowa he hoped sufficient gains would be made for him to be able to take a trip to help advance the negotiations "in a couple weeks."

The continuation of the talks follows a major attack on a joint U.S.-Afghan base in southwestern Afghanistan's Helmand province last week, with at least 23 security forces killed in the hourslong assault on one of the largest military installations in the country.

Heavy snowfall across large swathes of Afghanistan has led to a sharp reduction in violence this winter, but warmer weather in the country's south will likely spark an increase in bloodshed with the arrival of the spring fighting season.

Analysts have warned that the Taliban are likely to ramp up attacks in the coming months as they seek to maintain momentum on the battlefield and leverage at the negotiating table.

President Donald Trump has repeatedly voiced his eagerness to end America's involvement in Afghanistan, where 14,000 U.S. troops are still deployed.

Afghanistan has been enmeshed in nearly constant conflict since the Soviet invasion of 1979, which was followed by civil war, the Taliban regime, and the U.S. invasion in late 2001.