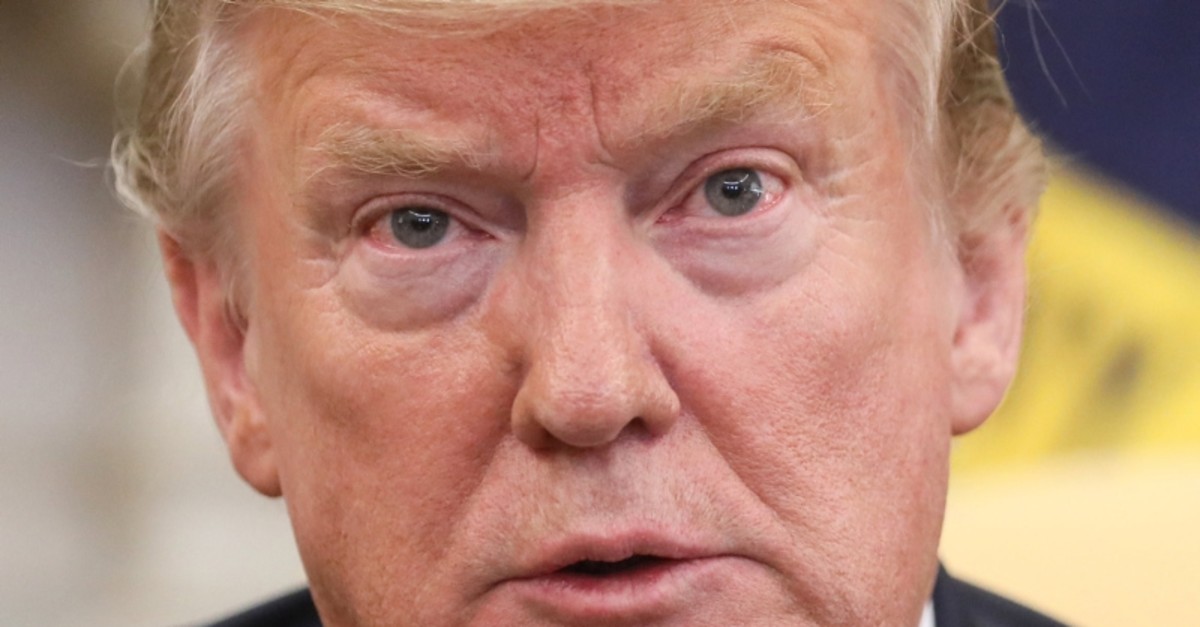 U.S. President Donald Trump listens to a question as he meets with former hostage Danny Burch, an oil engineer who was taken hostage in Yemen in September 2017, in the Oval Office at the White House in Washington, U.S. March 6, 2019. (Reuters Photo)
by Mar 06, 2019 12:00 am

US President Donald Trump would be "very, very disappointed in Chairman Kim" if reports are correctly indicating that North Korea has begun rebuilding a missile testing site.

Reports this week said North Korea began rebuilding work on the Sohae Launch Facility, which had a dual-purpose use for testing missiles that could carry nuclear weapons and space launches.

NBC news reported the work occurred just around the time Trump was meeting North Korean leader Kim Jong Un in Hanoi, for a summit that ultimately failed to resolve any issues.

"I would be very, very disappointed in Chairman Kim, and I don't think I will be, but we'll see what happens. We'll take a look. It'll ultimately be solved," Trump said at the White House when asked by reporters about the reports.

"We have a very nasty problem there. We have to solve a problem," the president said.

Trump walked out of the Hanoi summit saying the North Koreans were insisting on wider sanctions relief that he was prepared to offer in exchange for reductions in its nuclear programmes that did not meet Washington's demands.

The North Koreans said they were only asking for partial sanctions relief and indicated they would not be willing to negotiate worse conditions than the ones they offered.

The US is formally still demanding the full and verifiable denuclearization of North Korea even as it becomes clearer Pyongyang is unlikely to give up these weapons in exchange for economic promises.