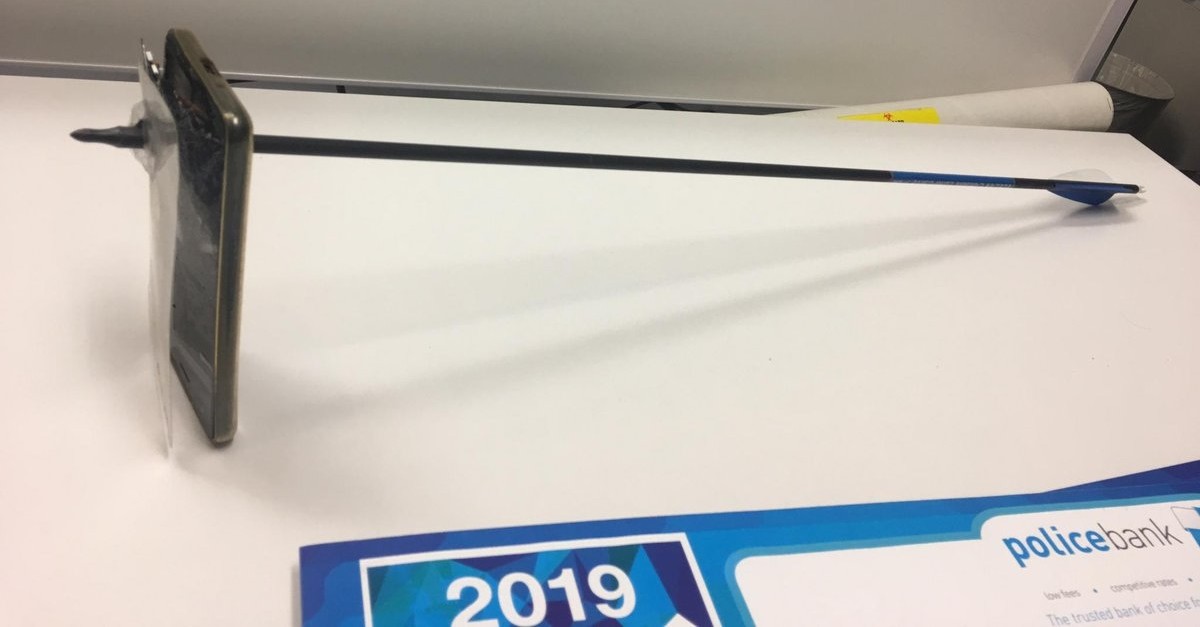 An Australian man had a lucky escape while confronting a man armed with a bow outside his home, as a loosed arrow pierced the mobile telephone he was holding to take a photograph of the incident, Australian police said Thursday.

The 43-year old man had returned Wednesday to find the alleged attacker, who was known to him, waiting outside his home in Nimbin, a small east coast town around 150 kilometers (93 miles) south of Brisbane.

"The resident held up his mobile phone to take a photo of the armed man who then engaged the bow and was ready to fire," a police statement said.

"It's alleged the man fired the arrow at the resident which pierced through the man's mobile phone causing the phone to hit him in the chin. It left a small laceration that didn't require medical treatment." A 39-year old man was arrested at the scene and charged, police said.