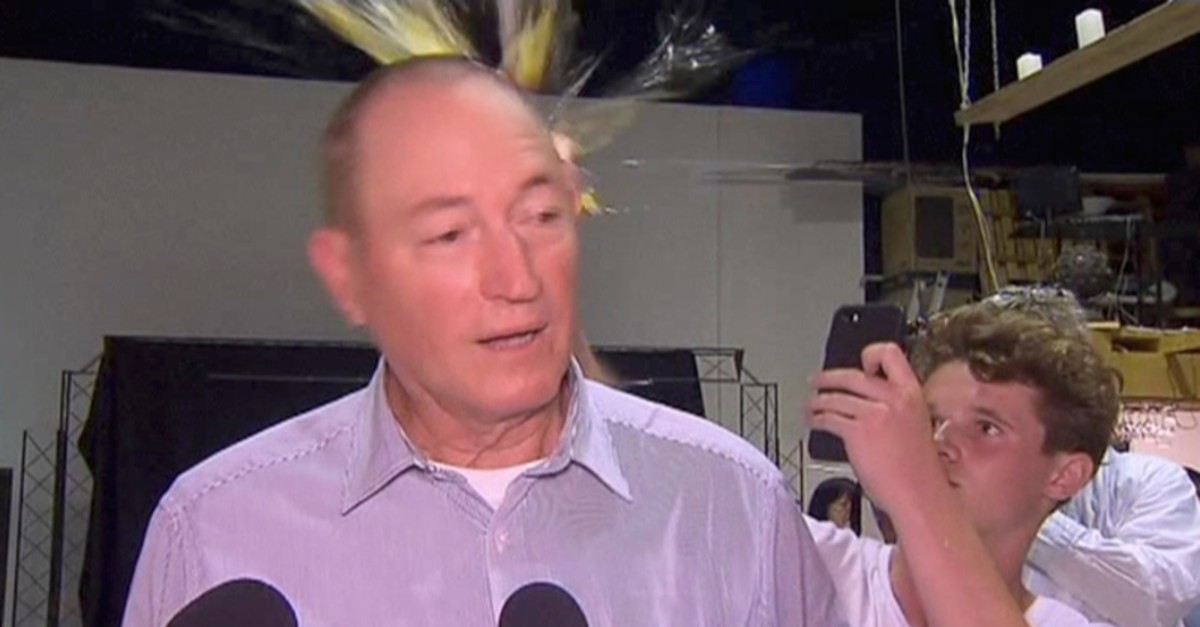 In this image made from video, a teenager breaks an egg on the head of Senator Fraser Anning while he holds a press conference, Saturday, March 16, 2019 (AP Photo)
by Compiled from Wire Services Mar 16, 2019 3:04 pm

A far-right Australian senator had to be restrained by security officials Saturday after punching a young man protesting his offensive comments about the terrorist attack on two mosques in Christchurch, New Zealand.

Sen. Fraser Anning came under blistering criticism over tweets on Friday including one that said: "Does anyone still dispute the link between Muslim immigration and violence?"

The Queensland senator drew international condemnation for his efforts to blame the attack that killed 49 Muslim worshippers on immigration.

Television cameras caught a 17-year-old boy breaking an egg on Anning's head and briefly scuffling with the independent senator while he was holding a news conference Saturday in Melbourne.

Police said the boy was arrested but was released without charge pending a further investigation.

Prime Minister Scott Morrison described Anning's comments as "appalling" and "ugly" with "no place in Australia", as he announced a bipartisan motion of censure would be launched.

Anning was elected in 2017 by a fluke of Australia's proportional voting system, having received only 19 first preference votes.

He is unlikely to be reelected when Australians go to the polls in a vote expected this May.