I survived only by pretending to be dead, reveals New Zealand terror attack witness 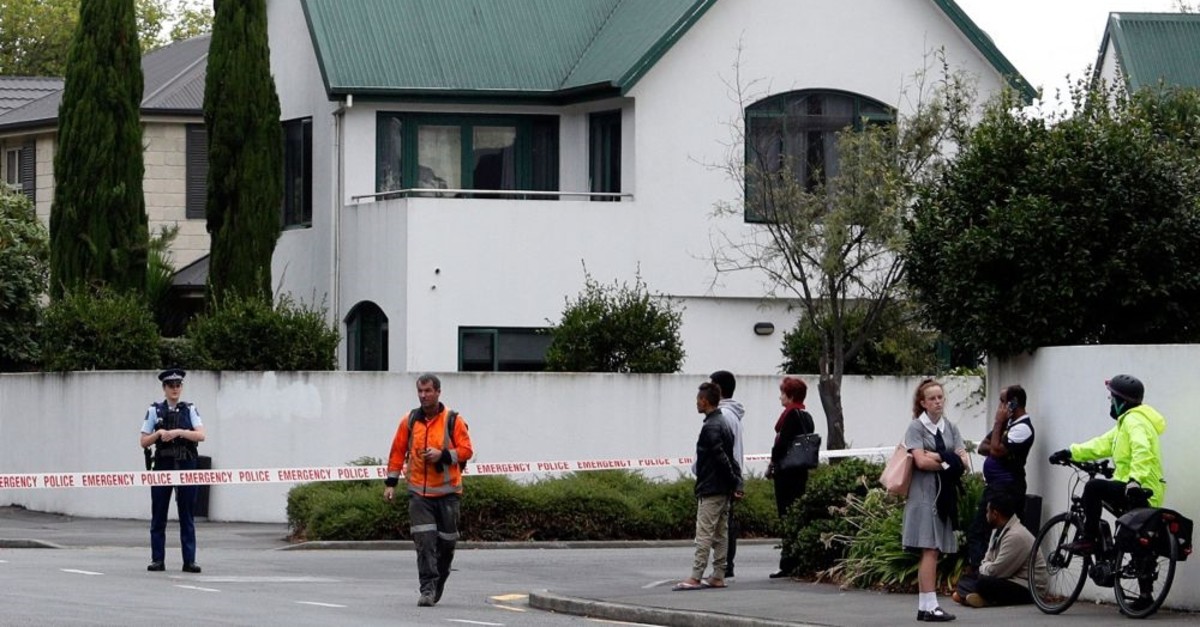 The survivors of New Zealand's mosque mass shootings elaborated on the horrific incident, touching upon the shooter's inhumane actions and how it has affected them

"I've survived because I pretended to be dead," said Mustafa Boztaş, a Turkish man who survived a brutal attack with an injury to his leg, reliving the dreadful moment a gunman entered a New Zealand mosque and began shooting.

Boztaş was just one of some dozens who witnessed and managed to survive a brutal anti-Muslim attack that took place at a mosque in the New Zealand city of Christchurch on Friday which killed 49 people.

"Everything happened suddenly when the imam was talking," Boztaş said about the incident while speaking to Turkey's TRT HABER.

"I was bent on the floor and I saw the terrorist approaching me. He shot me in my leg and I pretended I was dead," he said, adding that despite being so close, he could not see the face of the attacker. After being shot, Boztaş noticed that a window was open nearby and quickly used it to escape the mosque, saving his life.

According to Boztaş, it took about 20 minutes for security and emergency forces to reach the mosque after the attack and he was one of the last few people they attended to as the mosque was so crowded.

Another witness, Len Peneha, said he heard dozens of shots after seeing a man dressed in black enter the Al Noor Mosque. People started to run away in terror, Peneha told the Associated Press.

"I saw dead people everywhere," said Penaha, who entered into the mosque to help people and said that he saw the gunman before emergency services arrived. One thing that all eyewitnesses said was that before the incident took place there was no sign at all about the brutally that was to happen in just minutes.

"Everything was so quiet when the sermon in the mosque first started," said Ramzan, another witness, "As it is when the sermon starts, you can hear a pin drop," he said of the silence before the attack. As a man who uses a wheelchair, Ramzan struggled to flee the scene. "I could hear screaming and crying, I saw some people drop dead, some people were running away, I was in a wheelchair, so I couldn't get anywhere," he said. The shooting, which lasted about six minutes, started at the main room of the mosque. "I was in the side room, so I didn't see who was shooting but I saw that some people were running into the room I was in, I saw some people had blood on their body and some people were limping," Ramzan said, realizing that something serious was going on.

Ramzan could not leave until the shooting ended. When it stopped he pushed himself back into the mosque and tried to find his wife while helping others.

Farid Ahmed, on the other hand, was lucky enough to hide under a bench inside the mosque to escape the shooter as he made his way through the building. As the mosque had different sections, Ahmed told to the Guardian that the shooter went to all the different compartments and "he shot everyone."

People rushed out as terrorist shot at everyone

"People started rushing out, running out [and] the guy turned on them and started shooting them... so, I knew I had no chance," he said.

"There was a bench; I just lay down [with] half my body under the bench and my legs out. Pretending to stop my breath," Ahmad said, indicating that he pretended to be dead just like Boztaş.

"He [the shooter] changed magazines seven times. Bang, bang, bang, then when the bullets stopped he [would] change the magazine again," Ahmad said.

The nonstop, merciless shooting of the terrorist was another topic that eyewitnesses agreed on.

Speaking to Stuff.co, Ahmad Al-Mahmoud said that as the shooter was coming through and shooting everyone in the mosque, people were trying to push through closed doors and smashed windows.

"We're trying to get everyone to run from the area because we couldn't get everyone out through the door," he said, adding that since the attacker was wearing a helmet, they could not see his face properly.

Mohan Ibrahim was yet another witness who was shocked by the attacks.

"I still have friends inside. I have been calling my friends but there are many I haven't heard from. I am scared for my friends' lives," said Ibrahim to the New Zealand Herald just after the incident.

Ibrahim was not the only one who lost track of his loved ones after the attack. Another witness said to the channel TVNZ that since the shooting took place he had not seen his wife, who was also in the mosque.

There were also children present in the mosque. A man who spoke to CNN said that he saw a man with "his 3 or 4-year-old daughter" who had been shot in the back.

"He was screaming get her to the hospital and the ambulance couldn't come in until it was secure so I just got my truck and loaded him and his daughter and this other guy who had been shot in the leg and took them to the hospital," he said.