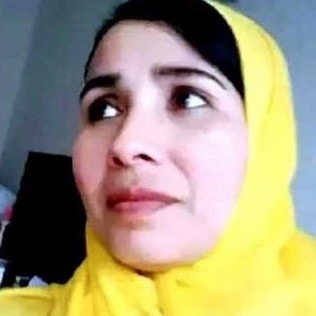 An attack on a New Zealand mosque took the lives of 50 worshippers Friday and left dozens more wounded when a white supremacist opened fire and live-streamed the shootings. Here are the stories of some of those killed and wounded. 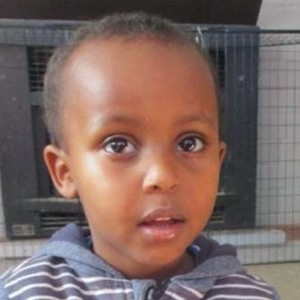 The youngest victim of the massacre. Mucaad was in the al Noor mosque with his father and older brother Abdi for Friday prayer when the terror attack happened.

Mucaad's family posted a photograph of him, smiling with Abdi, along with the caption: "Verily we belong to God and to Him we shall return. Will miss you dearly brother".

Abdi said his little brother was "energetic, playful and liked to smile and laugh a lot." 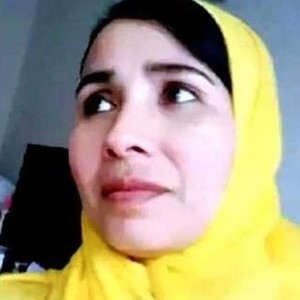 Chowdhury said Uddin had been ill for years and Parvin took him to the mosque every other Friday. She had taken him to the mosque for men while she went to the one for women. Mahfuz said relatives in New Zealand told him when the shootings began, Parvin rushed to her husband's mosque to protect him. He survived.

The Bangladeshi couple had moved to New Zealand sometime after 1994, Chowdhury said. 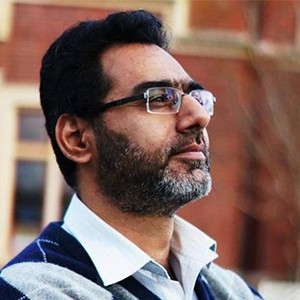 As the shootings unfolded, Naeem Rashid is seen on video trying to tackle the gunman, according to Rashid's brother, Khurshid Alam.

"He was a brave person, and I've heard from a few people there, there were few witnesses. they've said he saved a few lives there by trying to stop that guy," Alam told the BBC.

Rashid's son, Talha Rashid, is also among the dead. Pakistan's Ministry of Public Affairs confirmed their deaths in a tweet.

The elder Rashid was a teacher in Christchurch and was from Abbottabad, Pakistan. His son was 11 when his family moved to New Zealand. He had a new job and planned to get married. 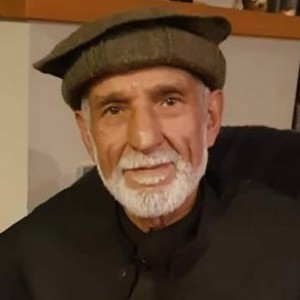 Nabi moved his family to New Zealand in 1979 to escape the Soviet-Afghan war. Days before the shootings, his son, Omar, recalled his father speaking about the importance of unity.

"My father said how important it is to spread love and unity among each other and protect every member of the society we live in," Omar told Al-Jazeera .

Omar told the news network his father ran an Afghan Association and helped refugees settle in to a new country.

"He used to make them feel at home," Omar said. 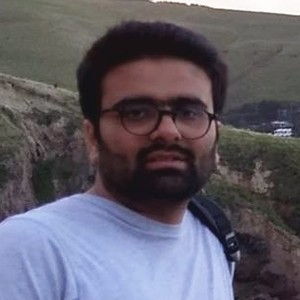 Ahmed had recently moved from his house in Karachi, Pakistan for a job in New Zealand to help support his family back home. On Saturday, Pakistan's foreign ministry informed his family that Ahmen was among those killed during the mosque attack.

One of his uncles, Muhammad Muzaffar Khan, described him as deeply religious, praying five times a day. But education was always his first priority, Khan said.

"He had done Charted Accountancy from Pakistan. He was the only son to his parents. He had only one younger sister ... He had only started his career, but the enemies took his life."

Family members, relatives, and friends have gathered at Ahmed's house to express their condolences. His body is expected to arrive there in coming days. 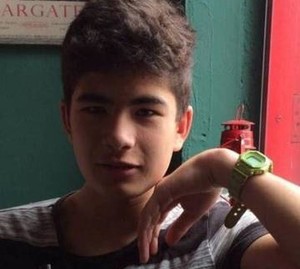 Milne was described as a good-natured, kind teenager. The high school student was at the Al Noor mosque for Friday prayers when the attack started, his half-sister, Brydie Henry, told the Stuff media outlet.

Sayyad was last seen "lying on the floor of the bloody mosque, bleeding from his lower body," she said her father told her.

Sayyad's mother, Noraini, was also in the mosque and managed to escape, Henry said. The teenager has two other siblings, 15-year-old twins Shuayb and Cahaya.

"They're all at home just waiting. They're just waiting and they don't know what to do," Henry told the news site. 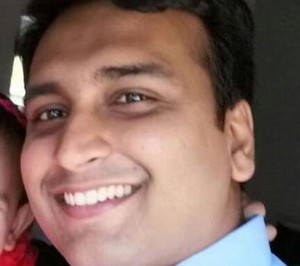 The software engineer moved to New Zealand six years ago from the city of Hyderabad in India, where his parents still live, according to the Mumbai Mirror.

"We received the disturbing news," Ahsan's father, Mohammed Sayeeduddin told the newspaper Saturday. Friends and family had been trying to reach Ahsan since the attack.

Ahsan was married and had a 3-year-old daughter and infant son. 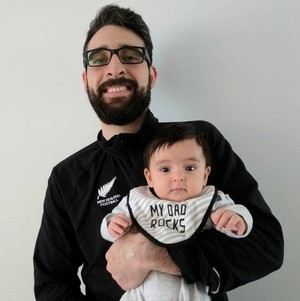 Atta Elyan, who was in his 30s, died of his wounds from the shooting, Muath Elyan, his uncle, told The Associated Press.

His father, Mohammed Elyan, a Jordanian in his 60s who co-founded one of the mosques in 1993, was among those wounded, said Muath Elyan, Mohammed's brother, who said he spoke to Mohammed's wife after the shooting.

Muath said his brother helped establish the mosque a year after arriving in New Zealand, where he teaches engineering at a university and runs a consultancy. He said his brother last visited Jordan two years ago.

"He used to tell us life was good in New Zealand and its people are good and welcoming. He enjoyed freedom there and never complained about anything," Muath told the AP. "I'm sure this bloody crime doesn't represent the New Zealanders." 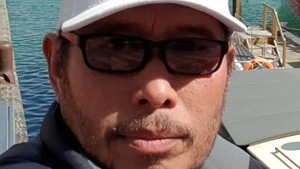 The longtime aircraft maintenance engineer at Air New Zealand was killed in the Al Noor mosque when he was killed, his employer said in a statement.

"Lilik has been a valued part of our engineering team in Christchurch for 16 years, but he first got to know the team even earlier when he worked with our aircraft engineers in a previous role overseas," Air New Zealand Chief Executive Officer Christopher Luxon said. "The friendships he made at that time led him to apply for a role in Air New Zealand and make the move to Christchurch. His loss will be deeply felt by the team.

Hamid was married and had two children, Luxon said.

"Lilik, his wife Nina and their children Zhania and Gerin are well known and loved by our close-knit team of engineers and their families, who are now doing all they can to support the family alongside our leadership team and the airline's special assistance team," he said.

Javed Dadabhai is mourning for his gentle cousin, 35-year-old Junaid Mortara, believed to have died in the first mosque attack.

His cousin was the breadwinner of the family, supporting his mother, his wife and their three children, ages 1 to 5. Mortara had inherited his father's convenience store, which was covered in flowers on Saturday.

Mortara was an avid cricket fan, and would always send a sparring text with relatives over cricket matches when Canterbury faced Auckland.

Farid Ahmed refuses to turn his back on his adopted home, despite losing his 45-year-old wife, Husna Ahmed, in the Al Noor mosque attack. They had split up to go to the bathroom when it happened.

The gunman livestreamed the massacre on the internet, and Ahmed later saw a video of his wife being shot. A police officer confirmed she died.

Dirie also suffered gunshot wounds and was hospitalized. The family fled Somalia in the mid-1990s as refugees and resettled in New Zealand.

"You cannot imagine how I feel," Hashi said.

He added: "He was the youngest in the family. This is a problem of extremism. Some people think the Muslims in their country are part of that, but these are innocent people."

Elmadani and his wife immigrated from the United Arab Emirates in 1998. The retired Christchurch engineer always told his children to be strong and patient, so that's what they are trying to do after the tragedy, his daughter, Maha Elmadani, told Stuff.

"He considered New Zealand home and never thought something like this would happen here," she said.

She said her mother "is staying as strong as possible. My younger brother isn't doing too well with the news."

A handwritten cardboard sign outside Mohammad Imran Khan's restaurant, the Indian Grill in Christchurch, on Sunday said simply CLOSED. A handful of pink flowers laid nearby.

The owner of the convenience store next door, JB's Discounter, Jaiman Patel, 31, said he helped the staff with the keys after the terrorist attack that claimed Khan's life.

"He's a really good guy. I tried to help him out with the setup and everything," Patel said. "We also put the key out for them when the terrorists come, and sorted it out for him."

The two were business neighbors who helped each other out when needed, he said.

"We are helping each other. It's so sad."

An Iraqi who born in Abu Dhabi was killed in the attack on two mosques in New Zealand.

His mother wrote on social media that Hussein al-Umari was killed.

His family and friends had been seeking information on al-Umari, in his mid-30s, who had failed to return after going to Friday prayers at the Al Noor mosque in Christchurch.

His mother, an Iraqi calligraphy artist named Janna Ezzat, wrote on Facebook that her son had become a martyr.

Ezzat wrote: "Our son was full of life and always put the needs of others in front of his own."

Mohammed Elyan, a Jordanian in his 60s who co-founded one of the mosques in 1993, was among those wounded, as was his son, Atta, who is in his 30s. That's according to Muath Elyan, Mohammed's brother, who said he spoke to Mohammed's wife after the shooting.

Muath said his brother helped establish the mosque a year after arriving in New Zealand, where he teaches engineering at a university and runs a consultancy. He said his brother last visited Jordan two years ago.

"He used to tell us life was good in New Zealand and its people are good and welcoming. He enjoyed freedom there and never complained about anything," Muath told The Associated Press. "I'm sure this bloody crime doesn't represent the New Zealanders."

A Jordanian man says his 4-year-old niece is fighting for her life after being wounded. Sabri Daraghmeh said by phone from Jordan on Saturday that the girl, Elin, remains "in the danger phase" and that her father, Waseem — Sabri's brother — is in stable condition.

Daraghmeh says the 33-year-old Waseem moved to New Zealand five years ago and that he described it as the "safest place one could ever live in."

The Daraghmehs are of Palestinian origin, but have Jordanian citizenship, like several others listed as Jordanian nationals among those killed and wounded in the mosque attacks.

The Palestinian Foreign Ministry said Saturday that at least four Palestinians were among those killed, but acknowledged they could have been counted by Jordan or other countries.

As the rampage inside the mosque began, Sami was shot in the back as he dove to protect his two sons, Abdullah, 29, and Ali, 23, the Gulf News reported.

"My dad is a real hero. He got shot in the back near his spine in an attempt to shield my brothers but he didn't let anything happen to them," Adeeb's daughter, Heba, 30, told the Gulf News.

Sami, described by the Gulf News as a Dubai-based New Zealander of Iraqi origin, underwent surgery to remove the bullet and his daughter said he's recovering.

Nasir and his son were just 200 meters (219 yards) from the Al Noor mosque on Friday when everything went wrong. They had no idea that a white supremacist had just slaughtered at least 41 people inside the mosque. A car that had been driving by suddenly stopped, and a man leaned out the window pointing a gun at them.

They ran as the bullets began to fly. But at 67, Nasir could not keep up with his 35-year-old son. He fell behind by two or three fateful steps.

The gunman drove away. A pool of blood poured from Nasir's body.

Nasir, who lived in Pakistan, had been regularly visiting his son in New Zealand.

He was on the third week of his visit when he was shot. He remains in an induced coma with critical injuries, though his condition has stabilized.