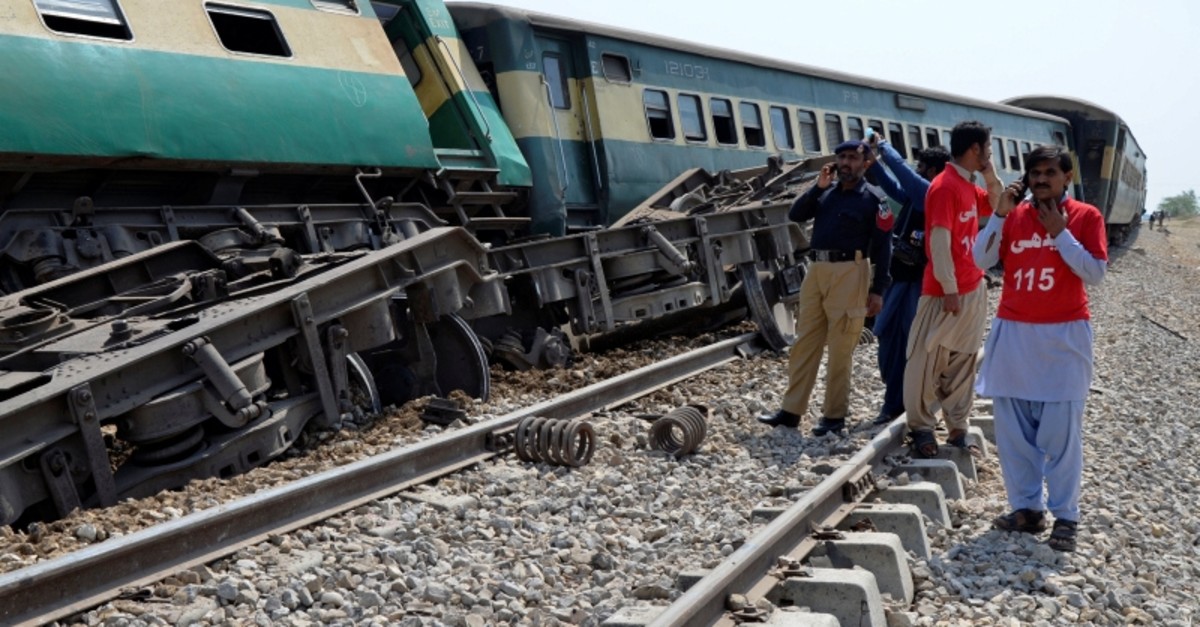 | Reuters Photo
by Mar 17, 2019 2:39 pm
Four people were killed and 10 injured in Pakistan on Sunday when a bomb went off on a train track in the resource-rich province of Baluchistan, where separatist rebels have been fighting the security forces for years.

There was no immediate claim of responsibility, but ethnic Baluch separatists, fighting what they call the unfair exploitation of their province's gas and other resources, have attacked trains in the past.

"Four people – a teenage girl her mother and two others were killed in the blast," Irfan Bashir, police chief of Naseerabad district where the blast occurred, told Reuters.

The blast derailed six carriages of the train, which was travelling from the northwestern city of Peshawar to the Baluchistan provincial capital of Quetta.

It was second train attack in two weeks in the area. No casualties were reported in the earlier blast, said another police officer.

Baluchistan is an important part of transport and energy projects that form part of China's Belt and Road initiative, which has brought $57 billion of investment to Pakistan.

Violence in the province, which borders Afghanistan and Iran, has fuelled concern about security for the investment, in particular an energy link planned to run from western China to Pakistan's southern port of Gwadar.