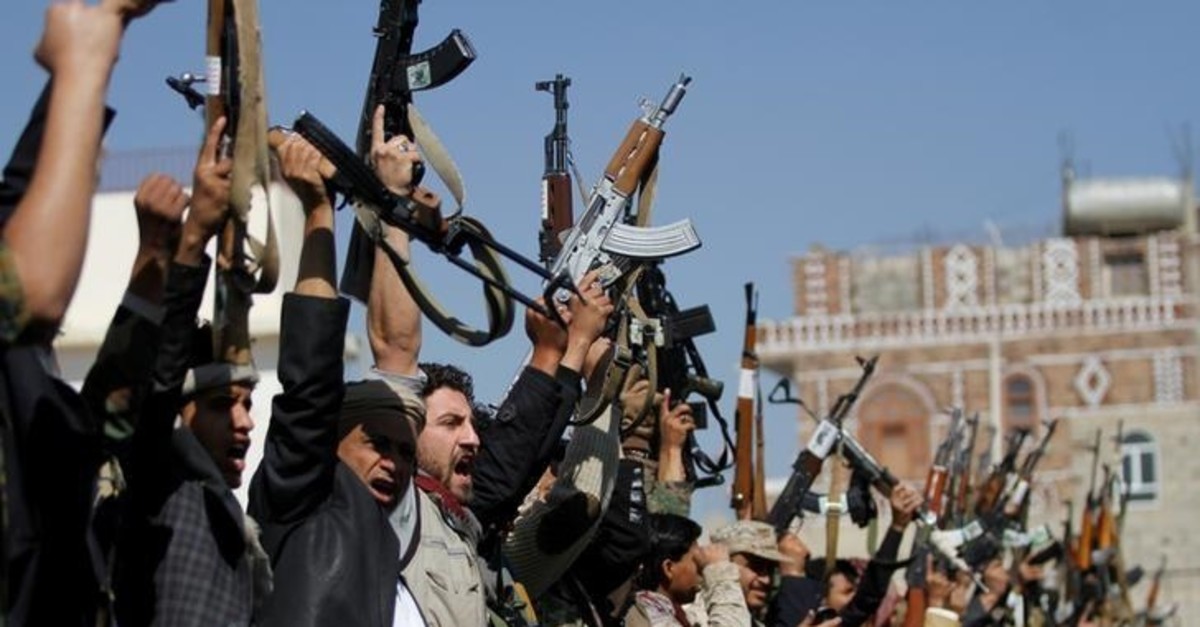 Tribesmen loyal to the Houthi movement hold their weapons as they attend a gathering to mark 1000 days of the Saudi-led military intervention in the Yemeni conflict, in Sanaa, Yemen December 21, 2017. (Reuters Photo)
by Mar 17, 2019 4:12 pm

Yemen's Houthi group said they were building their ballistic capabilities and their forces stand ready to strike Riyadh and Abu Dhabi if implementation of a U.N. peace deal in the port city of Hodeidah is breached.

A spokesman of the Houthi forces said the group has a "stockpile of missiles" and the group can hit Saudi Arabia and the United Arab Emirates (UAE), the two Gulf states leading the coalition backing the government of Abd-Rabbu Mansour Hadi, whenever the military command decides on the timing.

"We have intelligence asserting that the enemy is preparing for an escalation in Hodeidah and we are following their movements closely. Our forces stand ready for any requested and adequate measure," colonel Yahya Sarea, a spokesman of the Houthi forces, was quoted as saying by the group-controlled state news agency SABA late on Saturday.

Sarea said the nature of the conflict, which is widely seen as a proxy war between Saudi Arabia and its regional rival Iran, has made ballistic missiles and drones a "strategic choice" and the only response to the Saudi-led coalition air strikes.

The Saudi-led coalition accuses the Houthis of breaching an agreement signed in Stockholm last December, after they failed to withdraw from the port of Hodeidah, the first step of the peace plan. The Houthis say they want more guarantees from the U.N. that the other side will not exploit their withdrawal.

The two sides have agreed on a ceasefire and troop withdrawal in Hodeidah, an exchange of prisoners, and the reopening of humanitarian corridors to help millions of starving Yemenis, with international monitors to oversee things.

The ceasefire in Hodeidah has largely held but violence escalated elsewhere. Last week, air strikes on a village in the northern Hajjah province killed 10 women and 12 children and wounded 30 people.

Tens of thousands of people have been killed in the conflict since the Sunni Muslim alliance intervened in the war in March 2015 in support of Hadi after his government was driven out of Sanaa by Houthi forces in late 2014.