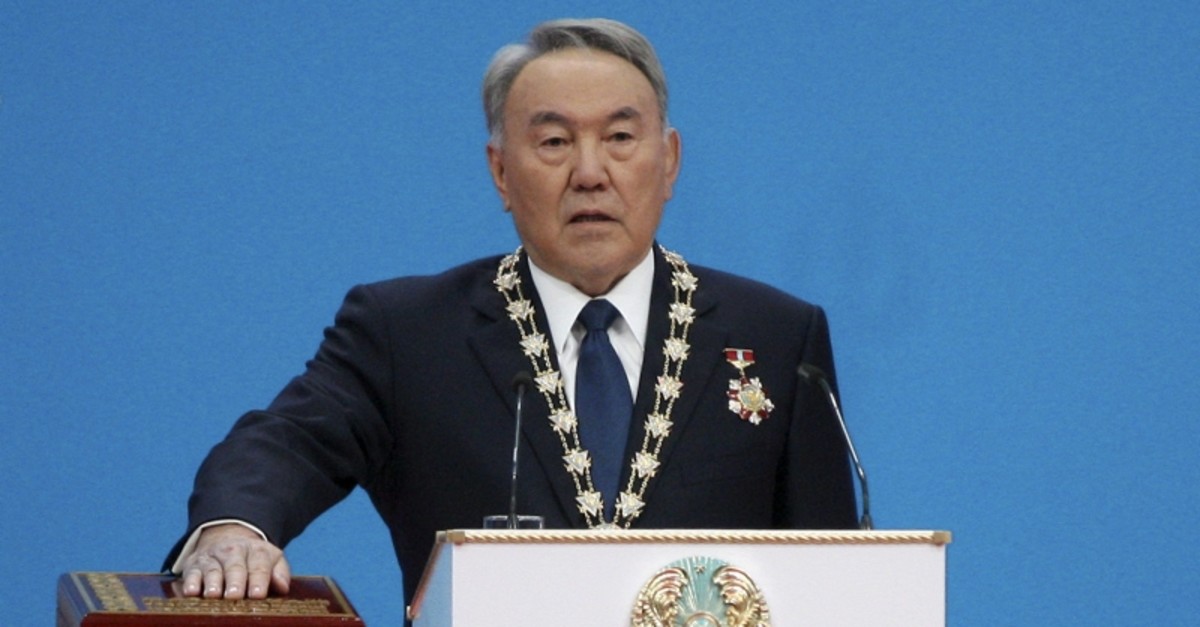 Nursultan Nazarbayev, the only leader that independent Kazakhstan has ever known, abruptly announced his resignation Tuesday after three decades in power.

The 78-year-old said in a televised address to the oil-rich nation that he has taken the "difficult" decision to terminate his authority as president, effective today.

"I have taken the decision to refuse the mandate of the presidency," he said in a speech broadcast on state television.

He did not give a specific reason, but noted that he would have marked 30 years on the job later this year. He said he sees his mission as ensuring the transit of power to a new generation of politicians.

"It was an honor for me to serve the people," he said. "I have worked hard to fulfill the nation's will." He will enjoy significant policy-making powers following his resignation thanks to his constitutional status as "Leader of the Nation" as he became lifelong head of the country's Security Council last year.

Nazarbayev was the sole candidate in the 1991 presidential election held soon after the dissolution of the Soviet Union. He received 98 percent of the votes.

He won more four re-elections with the latest in 2015, when he secured the support of 97.7 percent of Kazakh voters. He was widely expected to seek another term in 2020.

Nazarbayev signed a decree dismissing himself from the presidency effective Wednesday.

Kassym-Jomart Tokayev, speaker of the upper house of parliament, will take over as the country's acting president for the remainder of his term in line with the constitution, Nazarbayev said.

Nazarbayev, who has helped attract tens of billions of dollars from foreign energy companies, said he would continue to chair the Security Council and remain leader of the Nur Otan party which dominates parliament. Last month Nazarbayev announced a spending package of several billion dollars on social programs and state salaries. He also promised major investments in infrastructure.

The move comes on the back of growing social discontent and an economy still recovering from an oil price plunge in 2014. Western sanctions against Russia, a key trading partner, have also hit the economy. The resignation comes just weeks after the aging strongman dismissed the country's government.

Nazarbayev's resignation will set the stage for a potential battle between Russia and the U.S. for influence over the successor government. Valentina Matvienko, the speaker of the upper house of the Russian parliament, said Tuesday that his resignation was unexpected and very serious, the RIA news agency reported. Matvienko is a close ally of President Vladimir Putin.