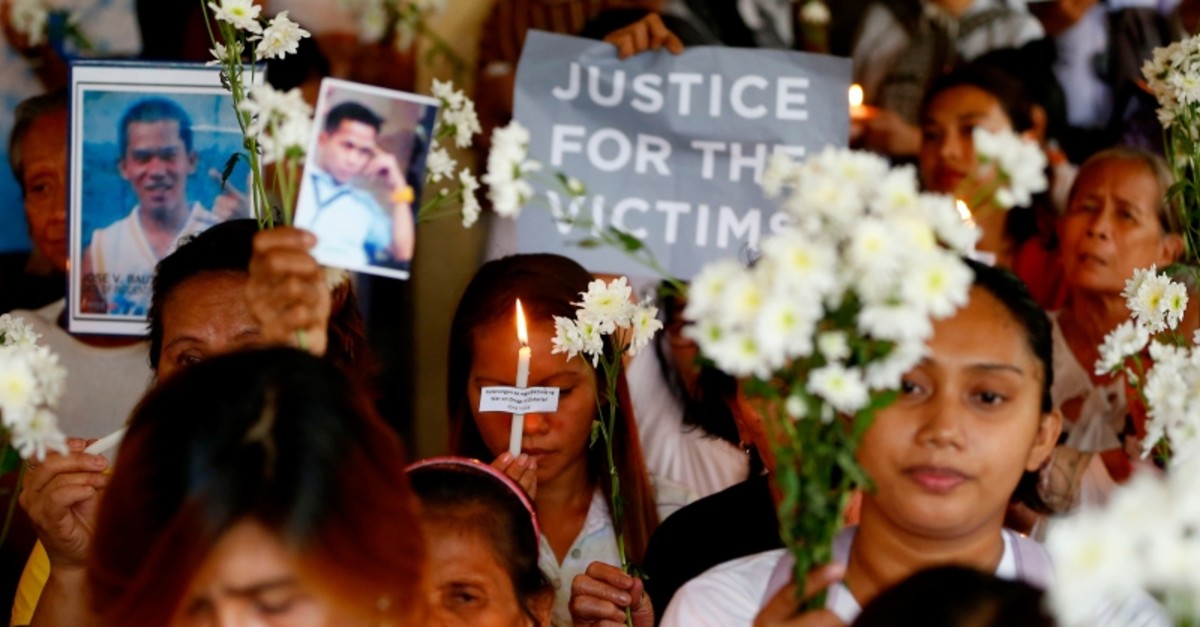 Relatives of victims in President Rodrigo Duterte's war on drugs hold lit candles and display portraits of their loved ones as they gather at a Roman Catholic church in suburban Quezon city northeast of Manila, Philippines, March 15, 2019. (AP Photo)
by Compiled from Wire Services Mar 19, 2019 12:00 am

The Philippines has said it would not allow any officials from the International Criminal Court (ICC) to set foot in the country should they come to investigate alleged rights violations in the president's brutal war on drugs.

"They cannot undertake anything in connection with the jurisdictional exercise of what they have in mind because as we said that is in violation of our laws," Salvador Panelo, President Rodrigo Duterte's spokesman, told reporters during a news briefing.

"Certainly, we will not allow any attempt at interfering with the sovereignty of this country," Panelo added.

"We have already pointed out that in this country we have a judicial system that is robust and functional and very effective," Panelo said.

The ICC procedure was "political persecution" of Duterte, he said.

Panelo's remarks came a day after the country officially withdrew from the ICC.

ICC also confirmed that the Philippines has withdrawn from the Rome Statute, which is the treaty that established the international body.

However, ICC prosecutor Fatou Bensouda has said the international court has retained jurisdiction as the alleged crimes were committed during the period that the Philippines was still a party to the Rome Statute.

The Philippines is accused of thousands of extrajudicial killings in Duterte's drug war. Police deny such allegations, saying they had to use deadly force because the suspects were armed and resisted arrest.

According to official figures, the death toll is close to 5,000 since Duterte came to office in 2016, whereas rights groups and opposition politicians say more than 20,000 people have been killed by police.