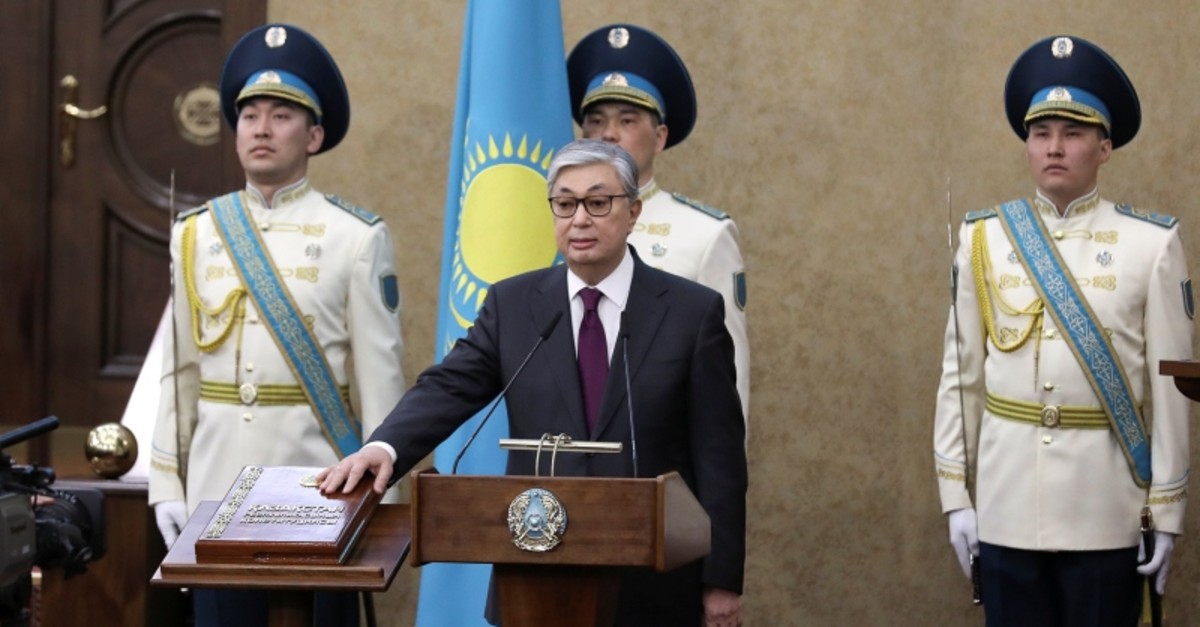 Kassym-Jomart Tokayev takes the oath after he assumed the post of Kazakhstan's President during a joint session of the houses of parliament in Astana, Kazakhstan, March 20, 2019. (Reuters Photo)
by Compiled from Wire Services Mar 20, 2019 10:33 am

Tokayev, a career diplomat who had been senate speaker, can serve the remainder of Nazarbayev's term ahead of scheduled elections next year.

Nazarbayev surprised many by announcing in a televised address Tuesday that he would step down after nearly 30 years, making Tokayev only the second president in the country's independent history.

Nazarbayev attended Tokayev's inauguration Wednesday, entering to lengthy applause from assembled dignitaries before taking a seat on a podium above and behind the lectern where Tokayev gave an address.

In his first speech as president, Tokayev said he would continue the policies of his predecessor and rely on his opinion in key policy matters.

Nazarbayev, whom Tokayev praised as "an outstanding reformer," will remain influential as chairman of the security council and head of the ruling party.

Kazakhstan's senate on Wednesday also named Nazarbayev's daughter Dariga as its new speaker, setting her up as a potential contender for the presidency.

State news agency Kazinform said senators had voted to elect Dariga Nazarbayeva, 55, as their new chief, the day after her father stepped down following nearly three decades as ruler of the Central Asian nation.

Nazarbayeva is the eldest and most politically prominent of Nazarbayev's three children and has long been mooted as a potential successor to her father.

The senate position is second in line to the presidency according to the country's constitution.

Nazarbayeva served as the country's deputy prime minister from 2015 to 2016 and has significant influence over the country's media.

Nazarbayev has in the past rejected the idea of one of his three daughters succeeding him.