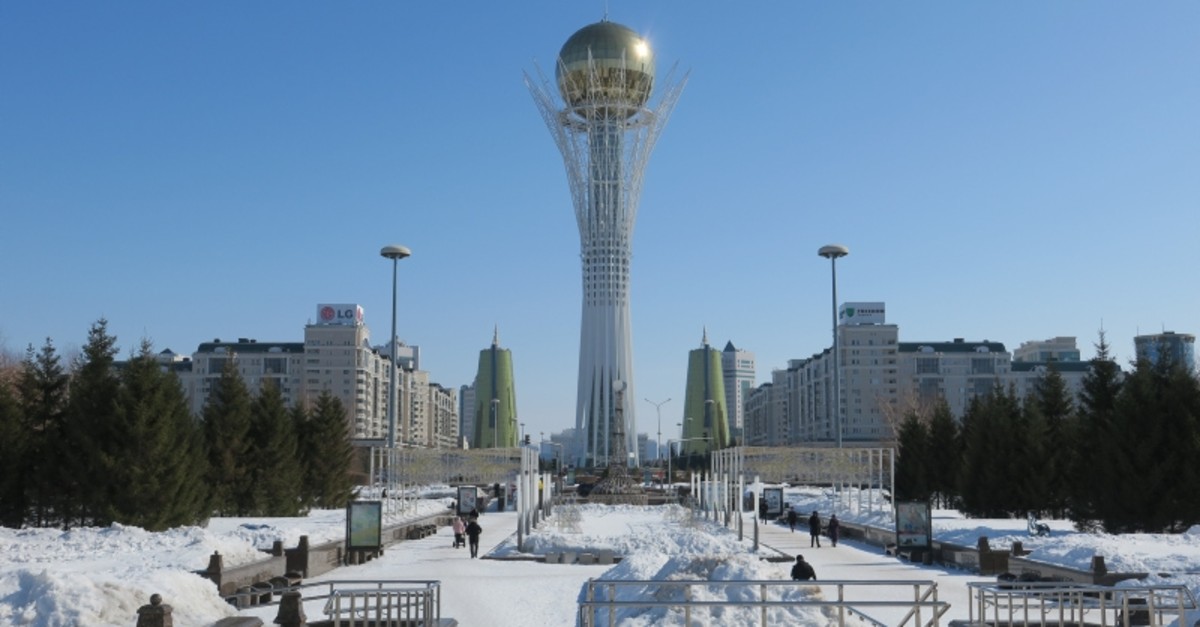 In a statement from the president's official website, Kazakhstan's new president Kassym-Zhomart Tokayev ratified the proposal to change the name of the country's capital from Astana to 'Nursultan'.

Kassym-Zhomart Tokayev was sworn in as Kazakhstan's president on Wednesday a day after Nursultan Nazarbayev resigned from the post.

Nazarbayev, 78, who has ruled the country since its independence following the collapse of the Soviet Union in 1991, is the first Central Asian leader of the post-Soviet era to willingly leave office.

The name change also prompted protests in Astana and former capital and the country's largest city Almaty. Dozens of anti-government protesters were detained on Friday.

Nazarbayev's France-based opponent, Mukhtar Ablyazov, had called for protests on March 22, before the long-time president announced he was standing down on Tuesday. Around 30 people were arrested in Almaty, witnesses said.

Those held did not have a chance to protest and appeared to have been identified by police prior to arriving at the spot in the center of the city where a public holiday was being celebrated.

Separately, local media said that "tens of people" including a journalist had been arrested in the capital, the name of which was changed this week to Nursultan, or "Sultan of Light" in Kazakh.

Ablyazov's Democratic Choice of Kazakhstan movement was ruled extremist by a Kazakh court last year in a move critics say has deepened the crackdown on regime opponents.

On Thursday, police arrested several people in Kazakhstan's capital protesting the decision to rename the city in honour of Nazarbayev.

Kazakhs have also been showing their opposition at the name change online.

One online petition against the name change had gathered close over 36,000 signatures as of Wednesday despite the petition website appearing to be blocked in Kazakhstan.

Career diplomat Tokayev was sworn into office Wednesday after Nazarbayev, the only leader an independent Kazakhstan had ever known, stepped down after three decades in office.

Kazakhstan's senate appointed Nazarbayev's eldest daughter Dariga Nazarbayeva as speaker, setting her up as a potential contender to succeed her father.

Tokayev, 65, will serve out the rest of Nazarbayev's mandate until elections due next year, though the former president retains significant powers.

Public gatherings in authoritarian Kazakhstan are illegal unless they receive permission from local authorities, which is almost never provided in the case of political demonstrations.

Astana was known as Akmolinsk until 1961, when it was renamed Tselinograd. It became Akmola, which means "white grave", after Kazakhstan gained independence from the Soviet Union in 1991.

After Nazarbayev moved the capital there from the southeastern city of Almaty, Akmola was once again renamed. Its current name, Astana, means simply "capital".