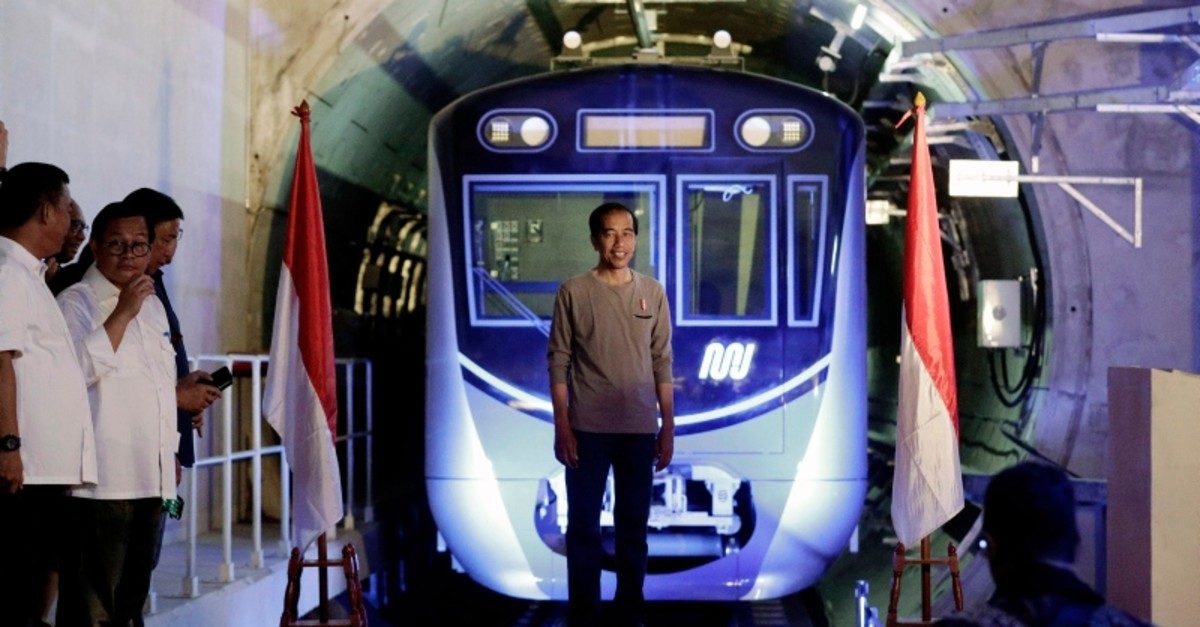 Indonesian President Joko u201cJokowiu201d Widodo, center, stands on a stage with the background of a Jakarta Mass Rapid Transit train during the inauguration ceremony of the subway line in Jakarta, Indonesia, Sunday, March 24, 2019 (AP Photo)
by Mar 24, 2019 12:00 am

The 16-kilometer long line with six underground and seven elevated stations stretches from the south to the city center with 30-minute travel time. The same route would usually be an hour by car.

Officials hope the new system will encourage commuters to switch from using private vehicles, reducing gridlock and pollution in the city.

"This MRT introduces a new way of life," Widodo said during the inauguration ceremony. He was flanked by Jakarta's governor and senior government officials and representatives of the Japanese government.

Indonesia built the 6.2-billion-dollar project with a loan from the Japan International Cooperation Agency. Initially, the MRT will operate eight trains and transport 65,000 people per day but it will boost its operation to 16 trains that will transport 130,000 people per day. There are already plans to extend the line northward.