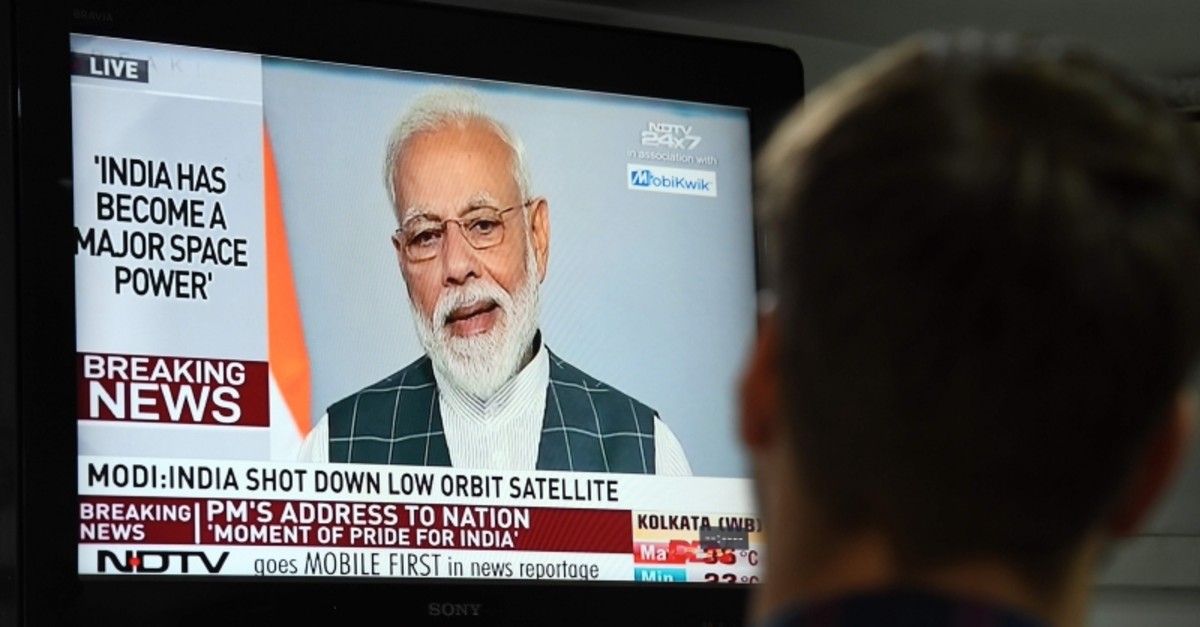 India on Wednesday destroyed a low-orbiting satellite in a missile test that puts the country in the space "super league," Prime Minister Narendra Modi said.

India became the fourth country after the United States, Russia and China to have carried out the feat.

"A while ago our scientists shot down a live satellite at a low-earth orbit," Modi said in a rare televised address to the nation. "This is a proud moment for India," he added.

"India has registered its name in the list of space superpowers. Until now, only three countries had achieved this feat."

The satellite was in orbit at 300 kilometers (185 miles) when it was destroyed.

Modi said the mission was peaceful and not designed to create "an atmosphere of war," adding it was "not directed against any country."

The announcement comes ahead of a national election in which Modi is seeking a second term in office.

Voting starts April 11 and will last nearly six weeks, with close to 900 million Indians eligible to vote in the world's largest election.

Acting U.S. Defense Secretary Patrick Shanahan warned any nations that might be considering anti-satellite (ASAT) weapons tests like the one India carried out on Wednesday to "not make a mess" in space, noting the debris that can be left behind.

"My message would be: we all live in space, let's not make it a mess. Space should be a place where we can conduct business. Space is a place where people should have the freedom to operate," Shanahan told a small group of reporters on Wednesday, without saying whether he believed India's test left debris.

He said the United States was still studying the Indian test.

India's foreign ministry played down any risk of debris, noting the test was in low-earth orbit, and said the remnants would "decay and fall back on to the earth within weeks."

The United States ran the first anti-satellite test in 1959, when satellites themselves were rare and new.

Shanahan noted that, given the increasing global reliance on space, it was important to create rules of the road for space.

"I think not having rules of engagement is worrisome. So, how people test and develop technologies is important," he said, adding: "I would expect anyone who tests does not put at risk anyone else's assets."