India did not shoot down Pakistani F-16 during Kashmir tensions, report claims over US count 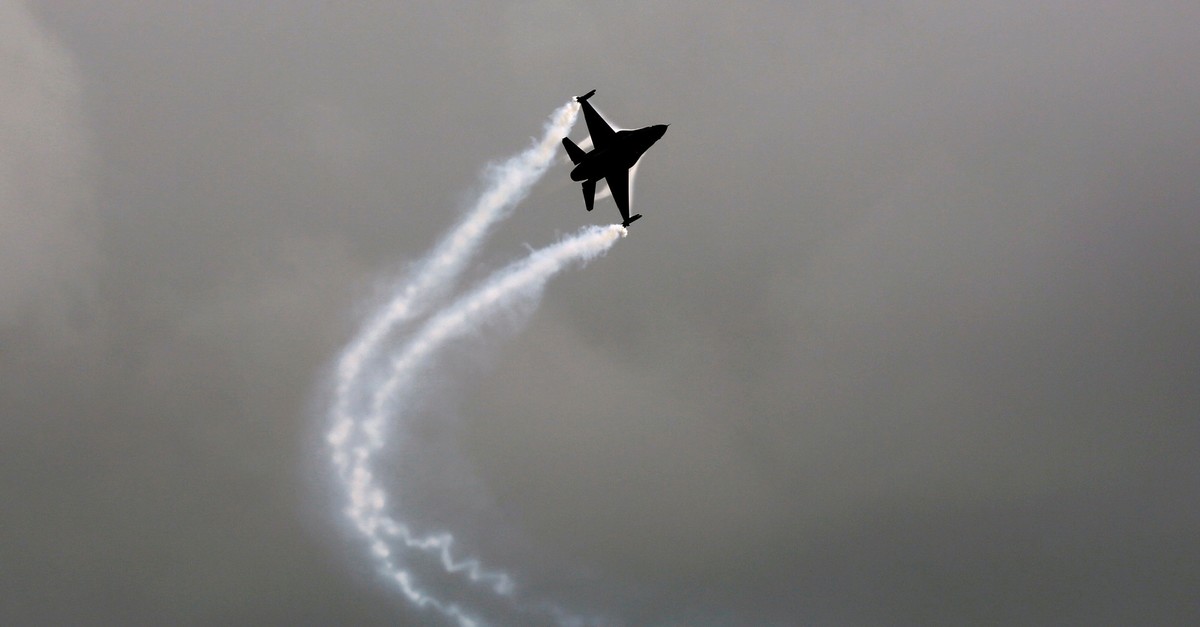 A U.S. magazine cast serious doubt Friday on India's assertion that it shot down a Pakistani F-16 fighter jet during the two nuclear-armed countries' latest bust-up in February.

This contradicts a statement from India's Air Vice Marshal R.G.K Kapoor that India downed a Pakistani F-16 in a dogfight over Kashmir on February 27.

Pakistan denied at the time that this was the case and claimed to have shot down two Indian warplanes and captured one of their pilots.

Foreign Policy quoted one of the officials as saying that Pakistan invited the U.S. to physically count its F-16 fleet, which are manufactured by U.S. firm Lockheed Martin.

Many agreements on the sale of U.S. military hardware to third countries include clauses allowing U.S. officials to regularly inspect the equipment.

Some of the aircraft were not immediately available, so it took U.S. personnel several weeks to account for all of the jets, the official said.

But now the count has been completed, and "all aircraft were present and accounted for," the magazine quoted the official as saying.

The Indian Air Force however said it had proof of shooting down the F16.

"Radio communication of Pakistan Air Force ... confirms that one of the F-16s that attacked India on February 27 did not return to its base," local media quoted IAF sources as saying.

IAF also rejected the report in a statement. "The Indian Forces have confirmed sighting ejections at two different places on that day. The two sightings were at places separated by at least 8-10 km. One was an IAF MiG 21 Bison and other a PAF aircraft. Electronic signatures gathered by us indicate that the PAF aircraft was a F-16," said the statement quoted by Indian broadcaster NDTV.

"Time for India to speak truth about false claims & actual losses on their side including the second aircraft shot down by Pakistan," he said in a re-tweet of the Foreign Policy article.

There are no official figures from Pakistan on how many F-16s it has but reported estimates place the number between 70 and 80.

In the dogfight Pakistan had also said it shot down two Indian planes, but India said that it lost only one aircraft.

Initially Pakistan said it had captured two Indian pilots but the military later clarified it had just one pilot in custody, who was later released.

India has separately asked the United States for its view on whether the use of the F-16s by Pakistan was a violation of the end-user agreement.

The dogfight happened after Pakistani aircraft entered Indian airspace a day after Indian aircraft carried out an airstrike on what it said was a "terrorist training camp" in Pakistan.

That in turn was in response to a suicide bombing on February 14 in Indian-administered Kashmir that killed 40 Indian troops and which was claimed by a militant group based in Pakistan.

The news comes as India is gearing for elections this month.

Doubt has been cast over the success of India's airstrike, which Amit Shah, president of the ruling Bharatiya Janata Party (BJP), has claimed killed 250.

Pakistan denied that there was any damage or casualties.

Independent reporting by multiple local and international outlets who visited the site also found no evidence of a major terrorist training camp -- or of any infrastructure damage at all.

The Atlantic Council's Digital Forensic Research Lab said that open-source satellite imagery indicated "only impacts in the wooded area, with no damage being visible to the surrounding structures."

But Prime Minister Narendra Modi, whose standing has been bolstered by the raids ahead of elections beginning on April 11, has stuck to his guns, while hitting out at those questioning the success of the strike as unpatriotic.

In the next raids, "opposition parties raising these questions can be tied under the jets... so that they can look at the targets," thundered junior foreign minister V.K Singh.

Modi's ruling Bharatiya Janata Party, heading into a tight election next week, is campaigning on a platform of tough national security, especially with regard to arch foe Pakistan.