5 killed in attack on BJP election convoy in central India 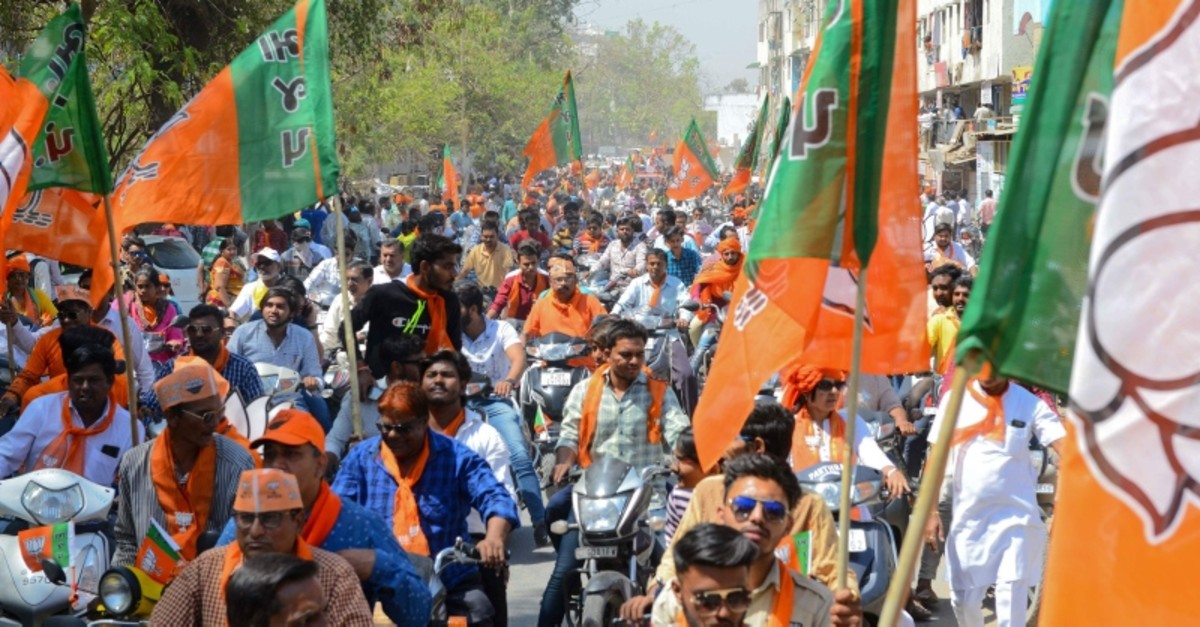 "According to our preliminary investigation, five people have died" in the attack in Chhattisgarh, the state's police deputy inspector general, P. Sundar Raj, told reporters.

Chhattisgarh will vote in the first phase of the country's general elections on Thursday.

Attacks by Maoist rebels on security forces are frequent in the mineral-rich state where armed conflict has simmered for more than 30 years.

Meanwhile, in the northern state of Jammu and Kashmir, unknown gunmen burst into a hospital and killed a regional leader of a Hindu group linked to the BJP, police said Tuesday.

Authorities imposed an indefinite curfew in the town of Kishtwar, bordering the contested Muslim-majority region of Kashmir claimed by both India and Pakistan, after the killing of Chandrakant Sharma, 48, and a bodyguard.

Sharma was a leader of the Rashtriya Swayamsevak Sangh (RSS), the influential parent organization of Prime Minister Narendra Modi's BJP.

He was flown to a hospital at the Government Medical College in Jammu, but succumbed to his injuries, Rana added.

An indefinite curfew was imposed in the town, with more troops deployed to the area to deter sectarian violence, Rana added.

India begins general elections on Thursday at which the issue of Kashmir looms large after a February suicide attack that killed 40 Indian paramilitary troopers was claimed by a militant group based in Pakistan, provoking hostilities between the nuclear-armed neighbors.

Voting in south Kashmir, bordering the area where Sharma was killed, will happen in phases, to protect against a heightened risk of attack by armed militants battling for independence from India.