More than 50 feared dead in mudslide at Myanmar jade mine 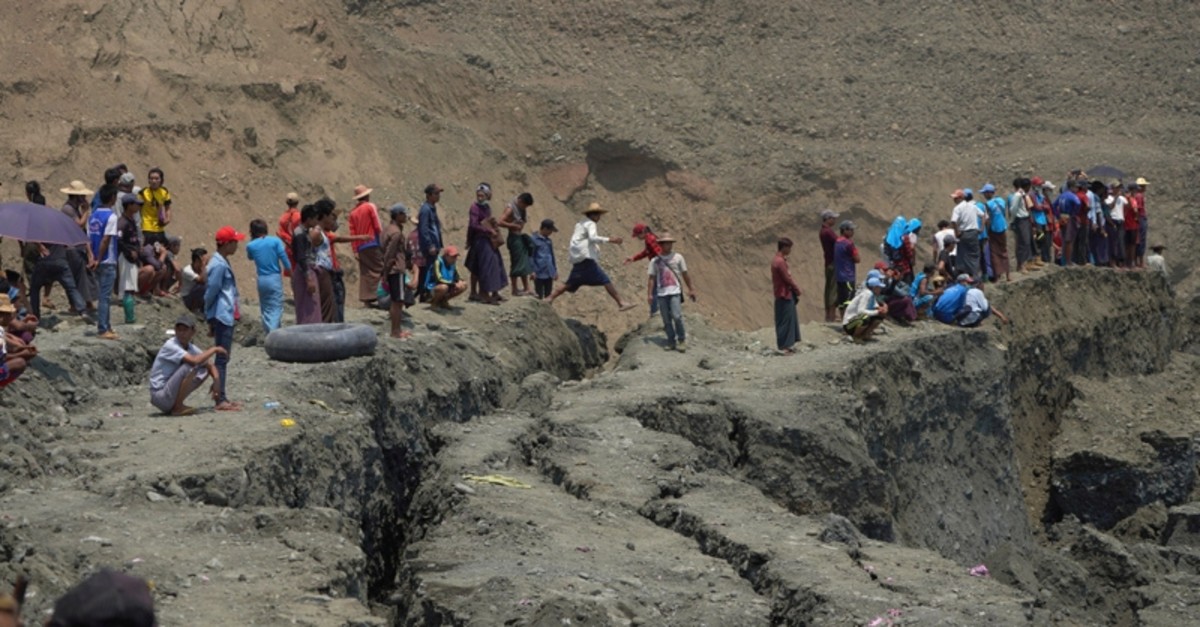 More than 50 people were feared dead after a landslide in northern Myanmar engulfed jade miners while they were sleeping, local police said Tuesday, the latest deadly accident in a notoriously dangerous industry.

Dozens die each year in landslides caused by jade mining, a poorly regulated industry rife with corruption and sandwiched between the country's borders with China and India.

Local police described a freak accident in Kachin state on Monday night so big it created a huge "mud lake" that buried the miners as well as some 40 vehicles.

"Fifty-four people are missing in the mud," a duty officer from Hpakant township police station told AFP, asking not to be named.

"There's no way they (the missing) could have survived."

Only two bodies had been recovered so far.

The Ministry of Information confirmed the accident and number of missing, adding that the area was mined by Myanmar Thura Gems and Shwe Nagar Koe Kaung companies.

Myanmar Thura Gems director Hla Soe Oo told AFP by phone he was on his way to the site and had no further details.

Local media shared images, unverified by AFP, that showed the walls of a mine stretching vertically a couple of hundred meters above a vast pool of mud, revealing only the tops of two yellow excavation vehicles.

Hundreds of onlookers gathered nearby, staring at the site and taking photos with their phones.

The open jade mines in Kachin's Hpakant township have turned the remote area into a vast moonscape-like terrain.

Fatal landslides in the area are common with victims often from impoverished ethnic communities looking for scraps left behind by big firms.

In July last year, the bodies of 23 landslide victims were recovered after a dayslong search hampered by heavy monsoon rains.

The jade industry is largely driven by insatiable demand from neighboring China, where the translucent green gemstone has long been prized.

Watchdog Global Witness estimated that the industry was worth some $31 billion in 2014, although very little reaches state coffers.

The fight to control the mines and the revenues they bring frequently traps local civilians in the middle.

A 17-year cease-fire broke down in 2011, and since then more than 100,000 people have been displaced by fighting -- some of them multiple times.

On coming to power in 2016, civilian leader Aung San Suu Kyi promised to make the peace process with the country's myriad armed groups her top priority -- a pledge that has yet to yield significant results.