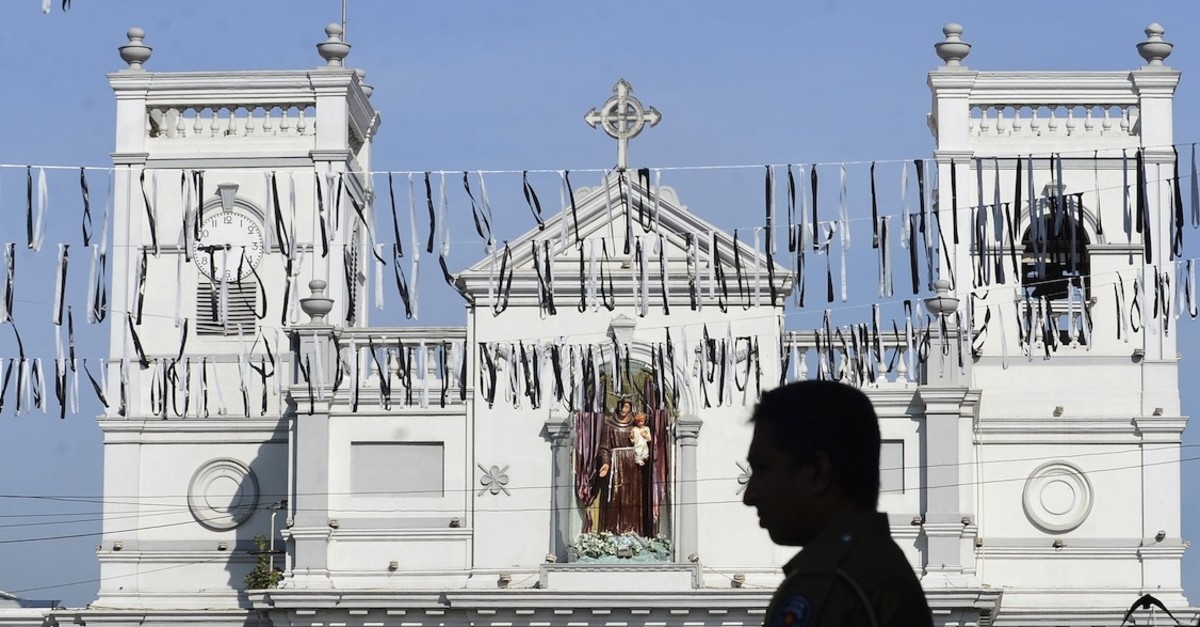 With the Daesh terrorist group seeking to claim responsibility for the Sri Lanka terror attacks that killed over 320 people, Muslims are once again the target of rising hatred and violence against them across the world. Concerns are growing over possible violent attacks, particularly targeting the Muslim population. Sri Lanka's state minister of defense said yesterday that the Easter attacks on churches, hotels and other sites were "carried out in retaliation" for the shooting massacre at two New Zealand mosques last month. The comments by Ruwan Wijewardene came shortly before Daesh asserted it was responsible for the bombings in and outside of Colombo. But neither Wijewardene nor Daesh provided evidence to immediately support their claims, and authorities previously blamed a little-known local group from the island nation for the attack.

Sri Lanka's capital Colombo was hit by a deadly terror attack on Easter Sunday as the country was struck by a series of eight bombings in churches and at hotels.

Three minutes of silence were observed as more funerals of those killed in Sunday's attacks took place. Black and white flags were also raised in most towns as symbols of mourning. The country has been under a state of emergency since late Monday. The state of emergency gives security forces special powers, including the right to search and arrest individuals.

Sri Lankan authorities earlier blamed a local group, the National Thowfeek Jamaath, for the Easter attacks. However, there is no recent history of Muslim attacks in Sri Lanka, a predominantly Buddhist island nation off the southern tip of India, nor was there any explanation for how a group previously not known for violence could engineer such a massive attack.

Sri Lanka's Muslims make up about 9 percent of its 21 million people and mostly live in the east and center of the island. Mosques and Muslim-owned properties in the country have been widely attacked, especially by Sinhalese Buddhists.

Muslim communities across the world have suffered numerous hate attacks over the past years with many blaming the surge on anti-Muslim discourse in the media and supported by the politicians. The Christchurch mosque terror attacks became the latest example of growing far-right terrorism, a well-known global threat. Extremist politics, including extreme nationalist and white supremacist politics that appear to be at the core of the latest terror attack on Muslims in New Zealand, have been part of daily politics for a long time. The rise of global extremism, with the flourishing of the right in Europe and U.S. President Donald Trump and the alt-right in America, has emboldened potential terrorists

Muslims, Christians in unity after series of attacks

Muslim parliamentarians and members of a Muslim group in Sri Lanka offered their condolences to the Archbishop Cardinal Malcolm Ranjith following the terror attacks in the country. According to a press release issued by Mufti M.I.M Rizwe, president of the All Ceylon Jamiyyathul Ulama, Ranjith said preserving peace and religious harmony between the communities is important, especially in difficult times. "Both parties emphasized further strengthening the good relationship that exists among the communities for the betterment of our motherland," the press release said. "They also pledged to offer their full support in carrying out the necessary actions to be meted out on the perpetrators and terrorists," it added.

"Evil and brutal acts committed by individuals of a community don't portray the whole community at large," the press release quoted Ranjith as saying. "At this moment of great tragedy, let us all join together in solidarity and face the challenges with mutual love and respect to move forward as Sri Lankans. We pray to Almighty Allah that he eases the pain of all who were affected and grant his mercy to them," the release added.