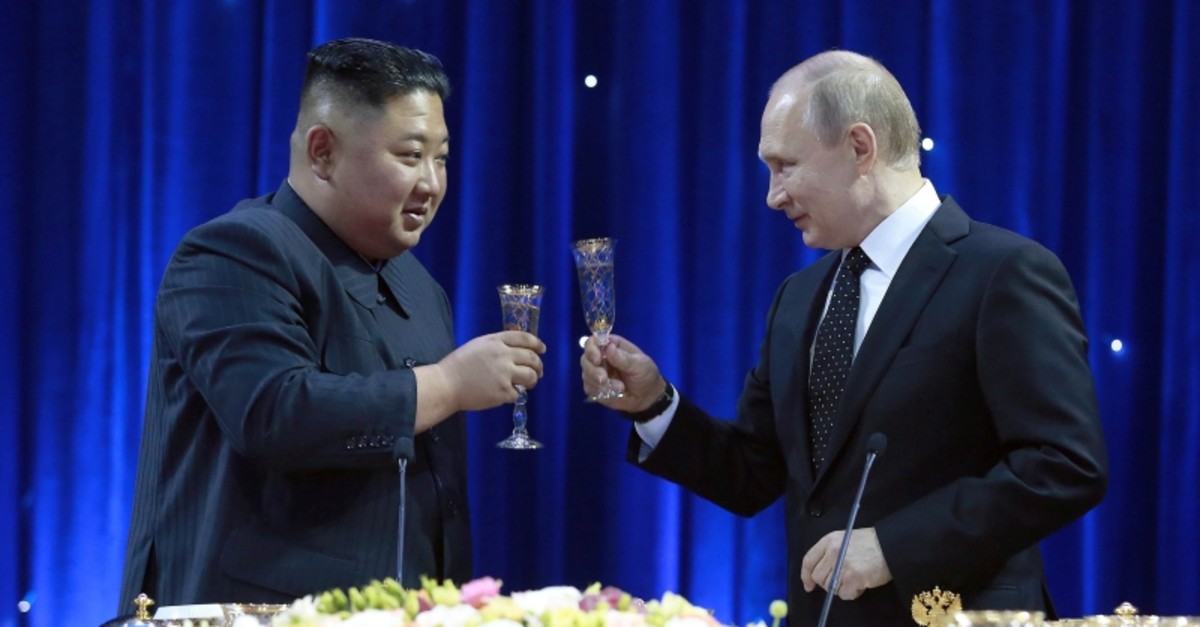 Kim asked Putin to visit North Korea "at a convenient time" during their summit talks in Vladivostok on Thursday, the Korean Central News Agency reported, and "the invitation was readily accepted."

Putin said the talks between the two leaders on Thursday would help plan joint efforts to resolve a standoff over Pyongyang's nuclear program.

Kim's first trip to Russia comes about two months after his second summit with President Donald Trump failed because of disputes over U.S.-led sanctions on the North.

Kim accused the United States of acting in "bad faith" during his Hanoi summit with Trump, and said peace on the peninsula depends on Washington, KCNA said Friday.

The comments also came about a week after Pyongyang demanded the removal of Secretary of State Mike Pompeo from stalled nuclear talks with Washington, accusing him of derailing the process.

The North Korean leader said "the situation on the Korean peninsula and the region is now at a standstill and has reached a critical point," KCNA said.

Kim warned that the situation "may return to its original state as the U.S. took a unilateral attitude in bad faith at the recent second DPRK-U.S. summit talks," the agency added.

Kim told Putin that the "DPRK will gird itself for every possible situation," KCNA said.

During his talks with Kim on Thursday, Putin positioned himself as a counterweight to the United States, insisting that the North needed "guarantees of its security, the preservation of its sovereignty".

"We need to... return to a state where international law, not the law of the strongest, determines the situation in the world," Putin said.

Kim said he hoped to usher in a "new heyday" in ties between Pyongyang and Moscow.

The pair "were unanimous" that their meeting could help in "strategically controlling the unstable situation of the Korean peninsula in the wake of the second DPRK-U.S. summit talks," it said.