Philippine's Duterte threatens to send garbage back to Canada 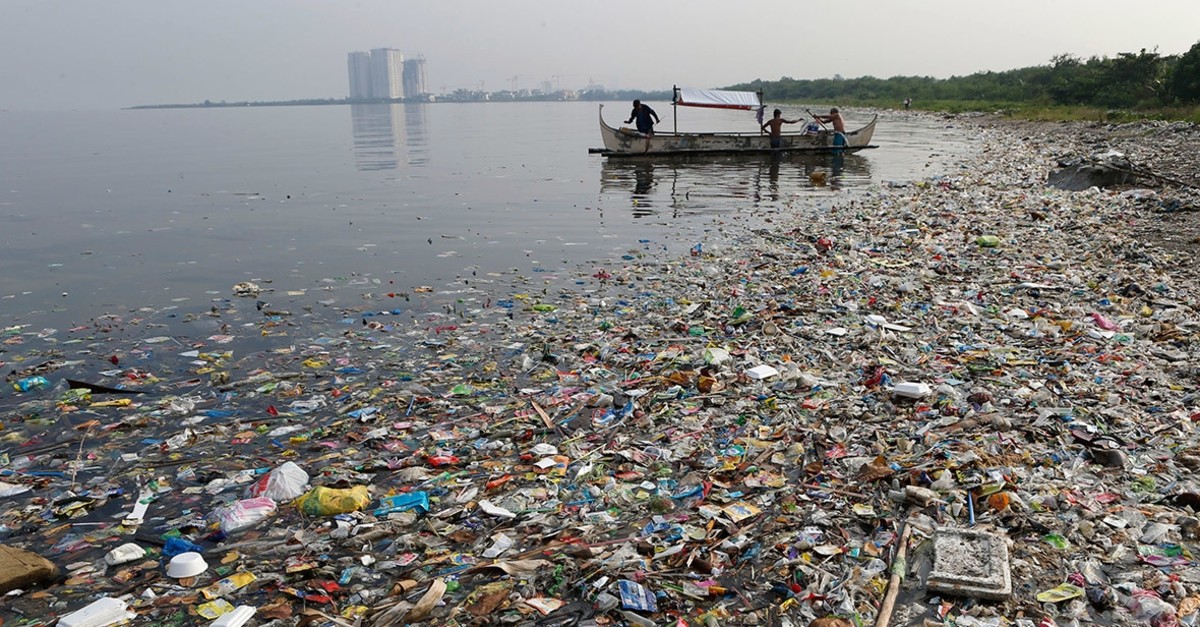 The Philippine president has threatened to ship containers of garbage back to Canada and dump some at the country's embassy in Manila if Canadian officials don't take back waste that Filipino officials say was illegally shipped to Manila years ago.

More than 100 containers of household trash, including plastic bottles and bags, newspapers and used adult diapers, were shipped in batches from Canada to the Philippines from 2013 to 2014. Most of the shipping containers remain in local ports, sparking protests from environmental activists. Philippine officials say they were falsely declared by a private firm as recyclable plastic scraps and have asked Canada to take the garbage back.

President Rodrigo Duterte raised the garbage issue in a televised meeting with local officials late Tuesday after visiting earthquake-hit Pampanga province, north of Manila. He said he was ready to "declare war against" Canada.

"I want a boat prepared. I'll give a warning to Canada maybe next week that they better pull that thing out or I will set sail to Canada and pour their garbage there," Duterte said, adding he would ask Canadian officials to "prepare a grand reception."

"Celebrate because your garbage is coming home," he said. "Eat it if you want to."

About five truckloads of the garbage, he added, could be dumped at the Canadian Embassy in Manila.

The Canadian government said through its embassy in Manila that it "is strongly committed to collaborating with the government of the Philippines to resolve this issue." It said it was aware of a Philippine court ruling that ordered a private importer to ship the waste back to Canada.

A group of officials from both sides "is examining the full spectrum of issues related to the removal of the waste with a view to a timely resolution," the embassy said in a statement.

A Manila court ordered the private importers in 2016 to ship the waste back to Canada. Of 103 shipping containers that entered Manila, the waste from 26 containers was buried in a landfill in Tarlac province north of Manila.

Canadian Prime Minister Justin Trudeau has said in the past that he discussed the problem with Duterte.

Canadian regulations "prevented us from being able to receive the waste back in Canada," Trudeau said in 2017. He said those legal barriers have been dealt with "so it is now theoretically possible to get it back."

Lingering issues, however, including the consequences of the commercial transaction, which "did not involve government," were delaying the resolution of the problem, Trudeau said.

Last year, Duterte ordered the cancellation of a multimillion-dollar agreement to buy 16 helicopters from Canada after its government decided to review the deal due to concerns the Philippine military might use the aircraft in counterinsurgency assaults.