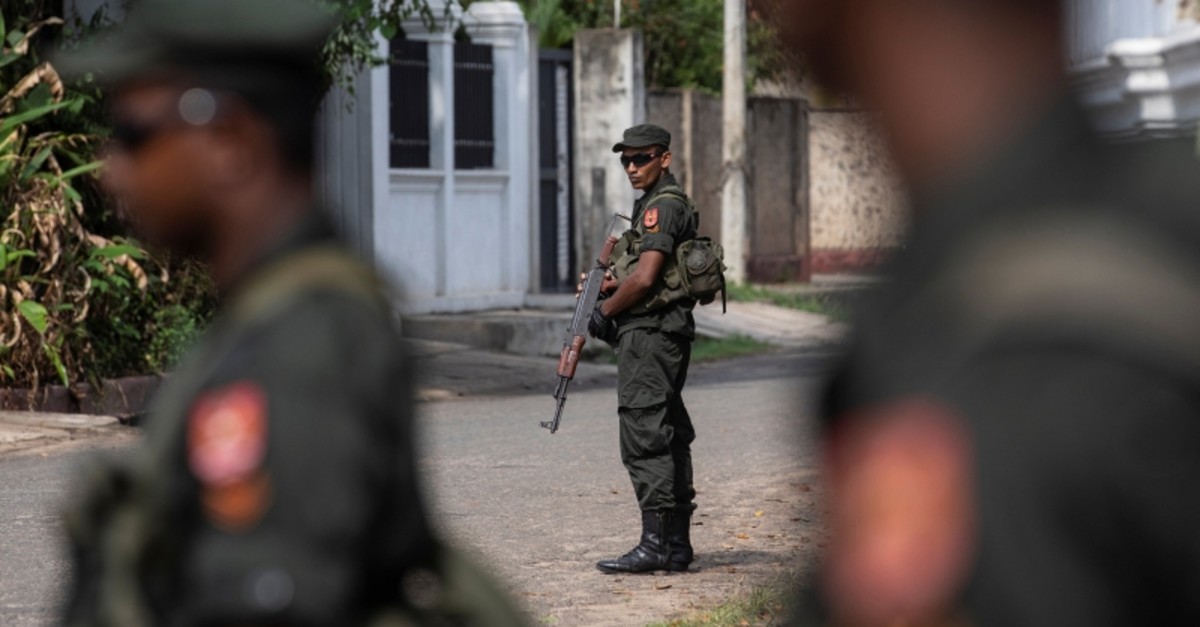 Soldiers stand guard outside St. Sebastian Church, days after a string of suicide bomb attacks across the island on Easter Sunday, in Negombo, Sri Lanka, May 1, 2019. (Reuters Photo)
by May 01, 2019 5:31 pm

Police spokesman Ruwan Gunasekera confirmed that two of the luxury hotels were bombed by two brothers from a wealthy Colombo family involved in spice exports.

The group of terrorists had used one bomber at each of the locations hit on Easter Sunday, except at Shangri-La hotel where there were two suicide explosions.

One of the Shangri-La bombers was Zahran Hashim, the leader of the local terrorist group responsible for the audacious attacks that were claimed by the Daesh terror group.

Hashim headed the National Towheed Jamaat (NTJ) which has since been banned. He attacked the Shangri-La in the company of fellow terrorist Ilham Ahmed Mohamed Ibrahim.

Ilham's elder brother Inshaf Ahmed was the man who bombed the nearby Cinnamon Grand hotel.

The third hotel to be targeted, the Kingsbury, was bombed by a man identified as Mohamed Azzam Mubarak Mohamed. His wife was now in police custody, Gunasekera said.

The St. Anthony's Church was targeted by a local resident named Ahmed Muaz. His brother has been arrested. The St. Sebastian bomber was Mohamed Hasthun, a resident from the island's east where Hashim was based.

The Christian Zion church in the eastern district of Batticaloa was hit by a local resident, Mohamed Nasser Mohamed Asad.

Another man who failed to set a bomb off at a de luxe hotel, but blasted his explosives at a guest house near the capital. He was identified as Abdul Latheef who had studied both in Britain and Australia.

Shortly after the hotel bomb attacks, Fathima Ilham, the wife of the younger of the two brothers, blasted explosives strapped to herself, killing her two children and three police officers who rushed to the family home in Colombo.

"We are going to use prevention of terrorist financing laws to confiscate their property," Gunasekera said.