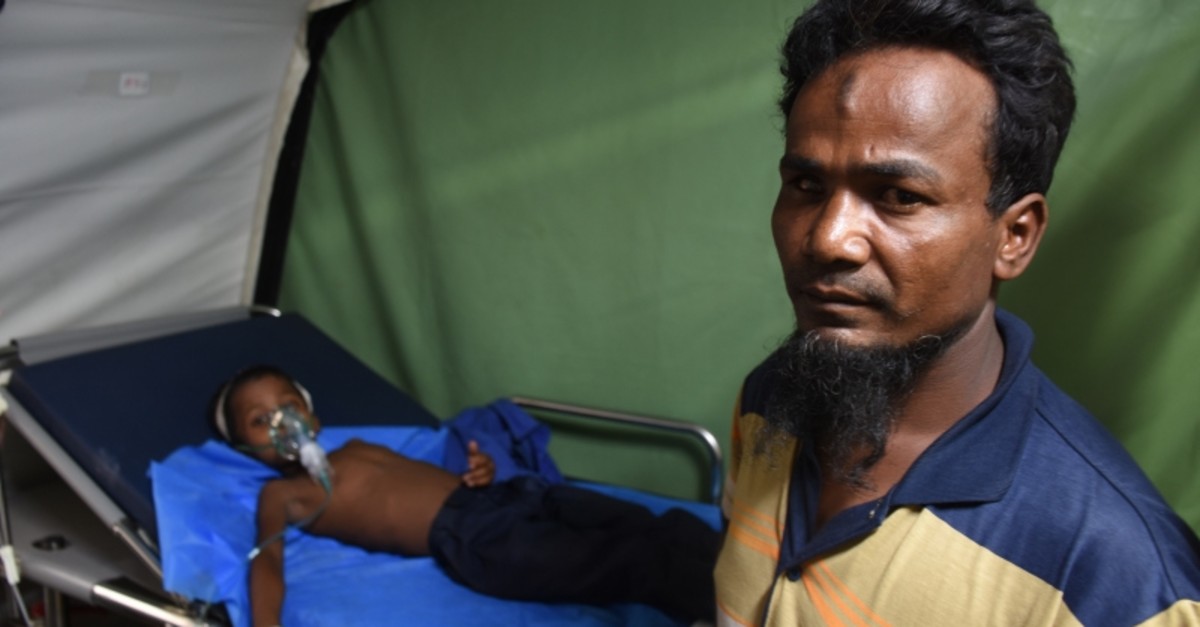 A Turkish field hospital in Bangladesh's Cox Bazar has been providing medical services to thousands of Rohingya refugees who fled Myanmar due to government atrocities since it was first established in 2018.

The hospital was inaugurated in February 2018 by Turkey's Disaster and Emergency Management Presidency (AFAD) with the contributions of the Health Ministry, and it has been providing medical treatment and health care for approximately a thousand patients each day since then.

The 50-bed capacity hospital includes a Pediatric Clinic along with the region's only neonatal unit which welcomed some 108 babies last year.

There is a team of Turkish health workers from orthopedists to surgeons and anesthesia specialists working in the field hospital along with nurses and health workers from Rakhine state and Bangladesh. A total of 215 patients were operated on at the hospital last year, according to reports.

While the need for more medical services has been on the rise due to the increasing number of refugees, AFAD is continuing its negotiations for the construction of a new hospital, employees from the field hospital said.

The employees said that while the number of health care workers is sufficient, prefabricated or steel consortium spaces were needed so that patients can receive better treatment.

Meanwhile, patient transport has been one of the most important problems for the hospital since Rohingyas are not officially recognized by the Myanmar government and, the refugees are not allowed to leave Bangladesh or return to Myanmar. Thus, patients that are in critical condition cannot be transferred to neighboring countries for better medical treatment.

There are also health care organizations in the region from Indonesia, Malaysia, Japan and those established under the United Nations (U.N.) alongside Turkey's.

The Rohingya, described by the U.N. as the world's most persecuted people, have faced heightened fears of attack since dozens were killed in communal violence in 2012. According to Amnesty International, more than 750,000 Rohingya refugees, mostly women, and children have fled Myanmar and crossed into Bangladesh after Myanmar forces launched a crackdown on the minority Muslim community in August 2017. Since Aug. 25, 2017, nearly 24,000 Rohingya Muslims have been killed by Myanmar's state forces, according to a report by the Ontario International Development Agency (OIDA).