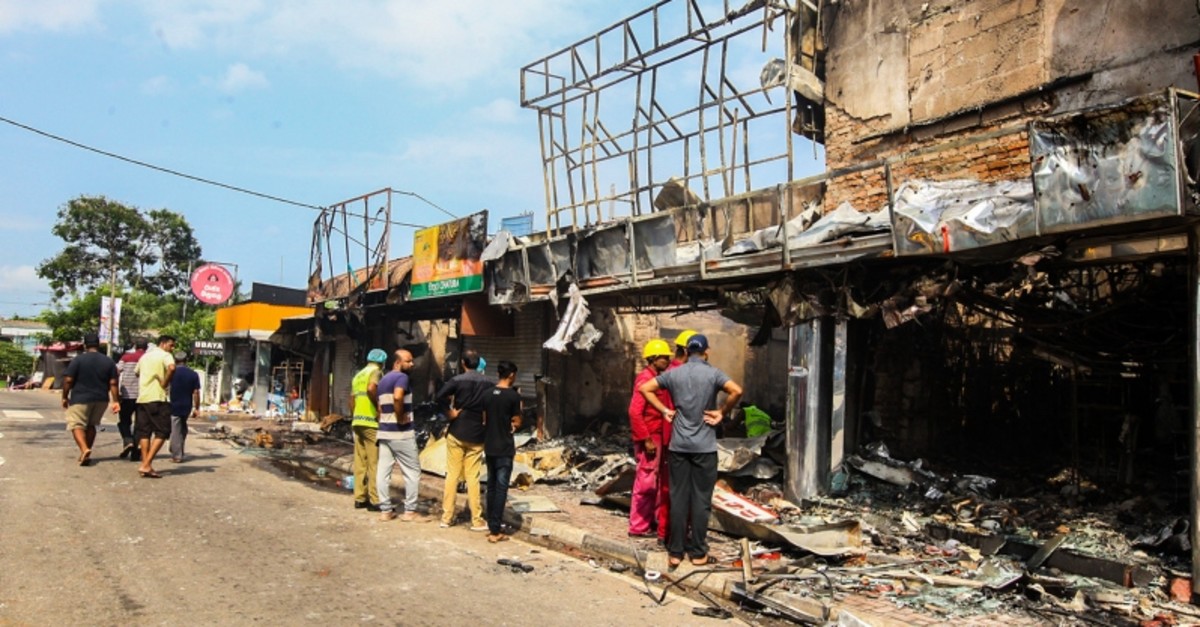 A mob set fire to a factory owned by a Muslim in Sri Lanka, another instance of violence in a flare-up of anti-Muslim riots that have come in the wake of the Easter Sunday bombings.

In footage published by the BBC on Tuesday, the factory, located in the Minuwangoda town 35 kilometers (22 miles) northeast of the capital Colombo, can be seen scorched with fire, while flames continue to burn at one end of the building.

The incident comes one day after a 45-year-old Muslim man was killed by a sword-wielding mob who attacked his carpentry shop in the Puttalam district. Monday's riots prompted the government to impose another nationwide curfew and temporarily block social media.

Cardinal Malcolm Ranjith, the archbishop of Colombo, has condemned the anti-Muslim attacks across the country and called for all ethnic and religious groups to unite.

He told Muslims in Sri Lanka, "Do not be afraid of such malicious attacks and be patient."

"We must build a new Sri Lanka, where all the races and religions live together," Ranjith said, referring to the country's Tamil, Muslim, Christian, Buddhist and Hindu populations.

He called the Easter attacks a "bad page" in Sri Lanka's history, pleading with the nation to keep emotions in check and not let "the situation get out of control."

Authorities have arrested 74 people, including three leaders of non-governmental organizations, suspected of involvement in or incitement of anti-Muslim attacks in Minuwango, Matara and Puttalam.

Tensions have been running high in the Buddhist-majority Indian Ocean island nation since the April 21 attacks by seven suicide bombers who struck two Catholic and one Protestant church and three luxury hotels. Daesh terror group claimed responsibility for the attacks, carried out by a local terrorist group.

Mosques and Muslim-owned properties in the country have been widely attacked, especially by Sinhalese Buddhists. Sri Lanka's Muslims make up about 9% of its population of 21 million people and mostly live in the east and center of the island.

Sri Lanka has a dark history of communal tensions. For more than a quarter century it was embroiled in civil war as Tamil Tiger rebels fought to create an independent state for or ethnic minority Tamils. When the conflict ended 10 years ago the U.N.'s conservative estimates said about 100,000 people had been killed.