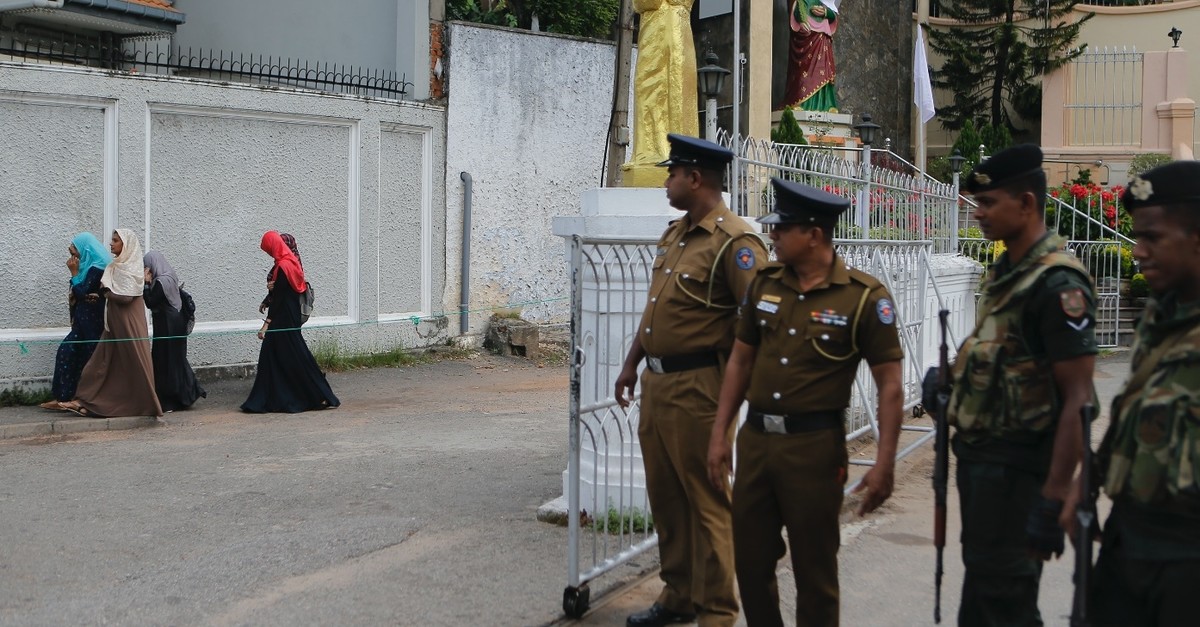 After a deadly terrorist attack in Sri Lanka, many Muslims have been bracing for revenge attacks with mosques, Muslim-owned businesses and homes looted and burned, while a man was killed by sword-wielding rioters. Given the fragile atmosphere in the deeply divided country, many Muslims fear that police may not intervene to protect them or their property. In the face of the systematically organized attacks, the security forces were accused of doing nothing to stop the incitement of violence or to protect targeted communities. By the time troops fired in the air to disperse the mobs, it was too late, the reports stated. During anti-Muslim riots this week, mobs moved through towns in Sri Lanka's Muslim-majority Kurunegala district, ransacking mosques, burning Qurans and attacking shops with petrol bombs, as reported by local media.

A mob in Sri Lanka's Puttalam district killed a Muslim man, despite the recent imposition of a nationwide curfew amid increasingly frequent incidents of anti-Muslim violence. In a video posted on social media, a man wearing what appeared to be an army uniform stands outside a building and then walks away. Seconds later, about two dozen people, including young men wearing motorbike helmets, run over and throw stones at the building. At least 75 people involved in attacks on Muslim shops and individuals who violated the curfew have been arrested and remanded into custody in northwestern and western provinces. They are being held under tough emergency laws making it unlikely that they will be granted bail immediately.

However, amid spreading revenge attacks, Muslims remained nervous and stayed indoors. Sri Lankan authorities declared a curfew across the country's nine provinces on Monday to prevent a flare-up of violence between the country's Sinhala majority and Muslim minority. The Indian Ocean island nation has been on edge in the wake of deadly suicide bombings last month that left 258 people dead in three churches, three luxury hotels and two other locations. The terrorist attack fueled fears of a backlash against the island nation's minority Muslims.

Sri Lanka's Muslims make up about 9 percent of its 21 million people and mostly live in the east and center of the island. Mosques and Muslim-owned properties in the country have been widely attacked, especially by Sinhalese Buddhists. Some Buddhist nationalists have protested against the presence in Sri Lanka of Muslim Rohingya asylum seekers from mostly Buddhist Myanmar, where Buddhist nationalism has also been on the rise.

In the face of growing violent attacks, Islamic scholars called on the Sri Lanka government to protect all its citizens, including Muslims. "These actions [i.e., attacks on Muslims] violate international law and human conscience," the Qatar-based International Union of Muslim Scholars (IUMS) said in a Tuesday statement.

Muslim communities across the world have suffered numerous hate attacks over the past years with many blaming the surge on anti-Muslim discourse in the media and supported by the politicians. The Christchurch mosque terror attacks became the latest example of growing far-right terrorism, a well-known global threat. Extremist politics, including extreme nationalist and white supremacist politics that appear to be at the core of the latest terror attack on Muslims in New Zealand, have been part of daily politics for a long time. The rise of global extremism, with the flourishing of the right in Europe and U.S. President Donald Trump and the alt-right in America, has emboldened potential terrorists.