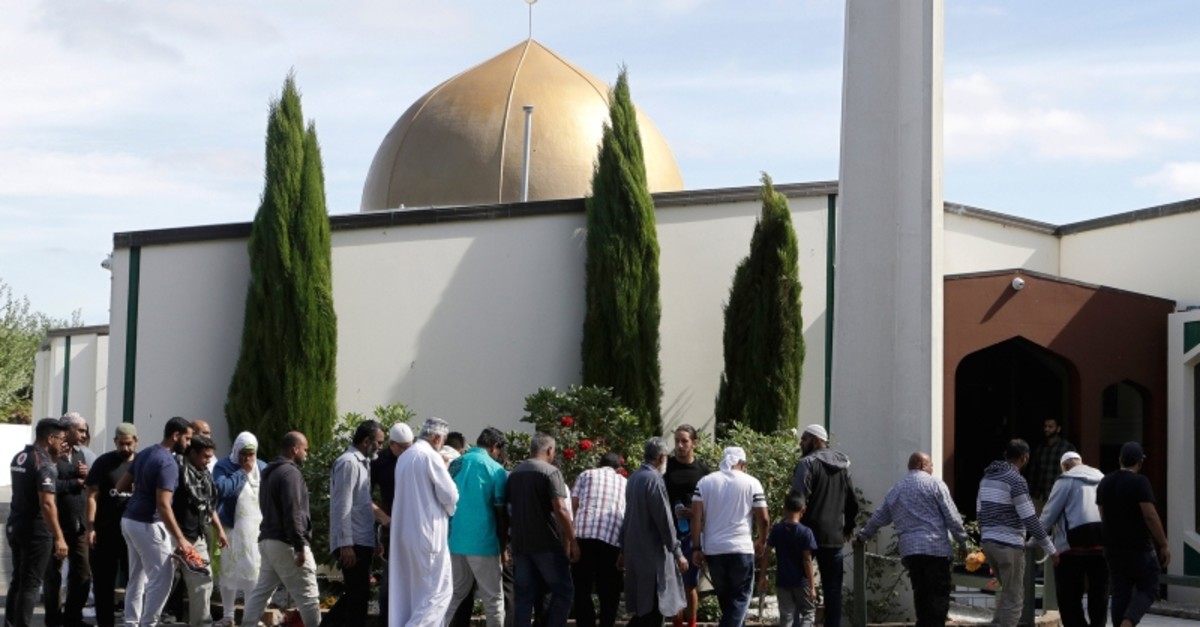 In this March 23, 2019 file photo, worshippers prepare to enter the Al Noor mosque following the previous week's mass shooting in Christchurch, New Zealand (AP Photo)
by Associated Press May 21, 2019 10:49 am

New Zealand police on Tuesday filed a terrorism charge against the man accused of killing 51 people at two Christchurch mosques.

Australian Brenton Harrison Tarrant was already facing murder and attempted murder charges from the March 15 shootings. In an attack broadcast live on Facebook, the terrorist, a self-avowed white supremacist, armed with semi-automatic weapons targeted Muslims attending Friday prayers. The 28-year-old killed worshipers in cold blood in the Al Noor and Linwood mosques in Christchurch, including four children younger than 18.

The new charge comes with a maximum penalty of life imprisonment upon conviction and will be a test case for New Zealand's terrorism laws, which came onto the books in 2002 following the terrorist attacks in the U.S. on Sept. 11, 2001.

The New Zealand law defines terrorism as including acts that are carried out to advance an ideological, political, or religious cause with the intention of inducing terror in a civilian population.

So far, New Zealand authorities only once considered laying charges under the TSA in relation to Maori activists accused of running military-style training camps in the remote Urewera Ranges in 2007 but abandoned the idea.

Just before the attacks, Tarrant emailed New Zealand Prime Minister Jacinda Ardern and others a manifesto outlining his white supremacist beliefs and his detailed plans for the shootings.

From the outset, Ardern has described the attacks as terrorism.

Police Commissioner Mike Bush said in a statement they wouldn't be commenting on the new charges as the case was before the courts.

His next court hearing has been scheduled for June 14, and the mental health findings could determine whether he is required to enter a plea at that point.

Police also said Tuesday they had charged Tarrant with an additional count of murder, bringing the total number of murder charges against him to 51. That came after a Turkish man who was wounded in the attack died earlier this month in Christchurch Hospital.

Police also increased the number of attempted murder charges against Tarrant from 39 to 40.

Aside from those who died, at least 47 other people were treated at hospitals for gunshot wounds. Some had minor injuries and were discharged within hours.

Police told family members and attack survivors of the new charges at a private meeting attended by more than 200 people.