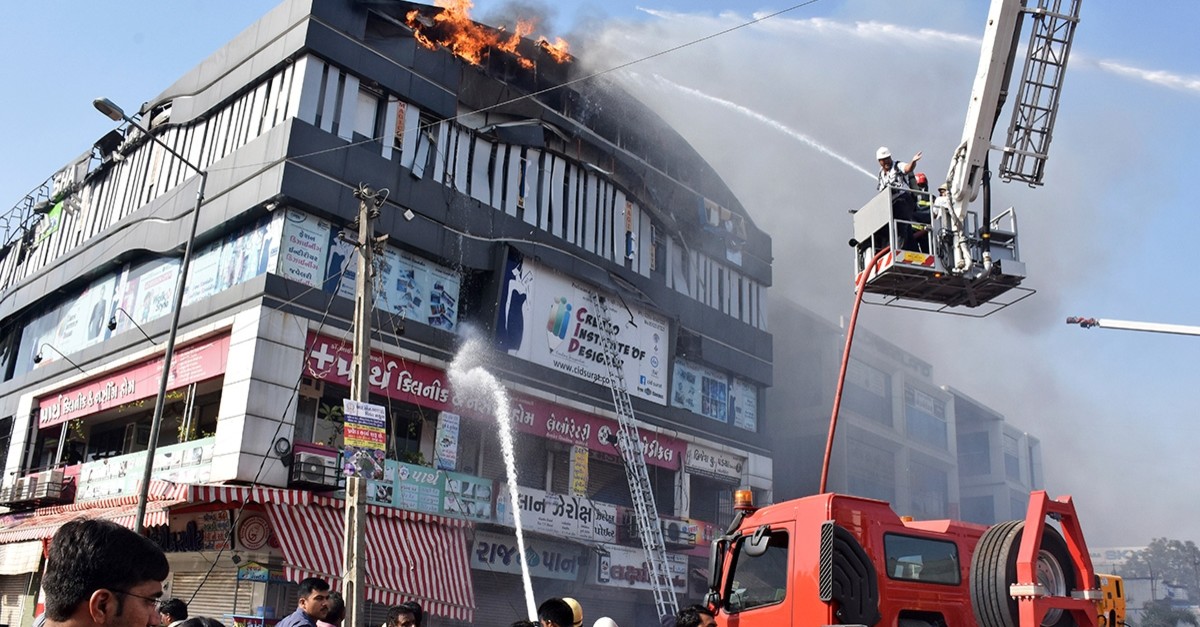 Firefighters work to douse flames on a building in Surat, in the western Indian state of Gujarat. (AP Photo)
by Compiled from Wire Services May 24, 2019 5:15 pm

At least 18 students were killed in a fire that broke out Friday in a four-story building in the western Indian city of Surat, police said, with images on television and social media showing people jumping to escape the blaze.

The students were attending a tutoring class when the fire broke out, Chaudhary said. He said all of the students had been accounted for.

"The students lost their life both because of the fire and jumping out of the building," Deepak Sapthaley, a fire official in the western city of Surat, told AFP.

Ten of them died from the jump and five from the fire, with up to 20 being treated in hospital, he said. The images showed blazing orange flames and black smoke billowing out of the building.

Sapthaley added that 50 or 60 people were inside the coaching institute on the top floor of the building when the blaze began. The cause was not yet known.

Fire officer Deepak Satkale said 24 fire engines battled the blaze. Authorities were investigating the cause of the fire.

The Press Trust of India news agency said the fire engulfed the third and fourth floors of the building in a shopping district.

Prime Minister Narendra Modi said he was anguished by the fire. "Have asked the Gujarat Government and local authorities to provide all possible assistance to those affected," he tweeted.

Building fires are common in India because of poorly enforced safety regulations.

Local officials said that the fire had spread quickly because of the material used in the roof.