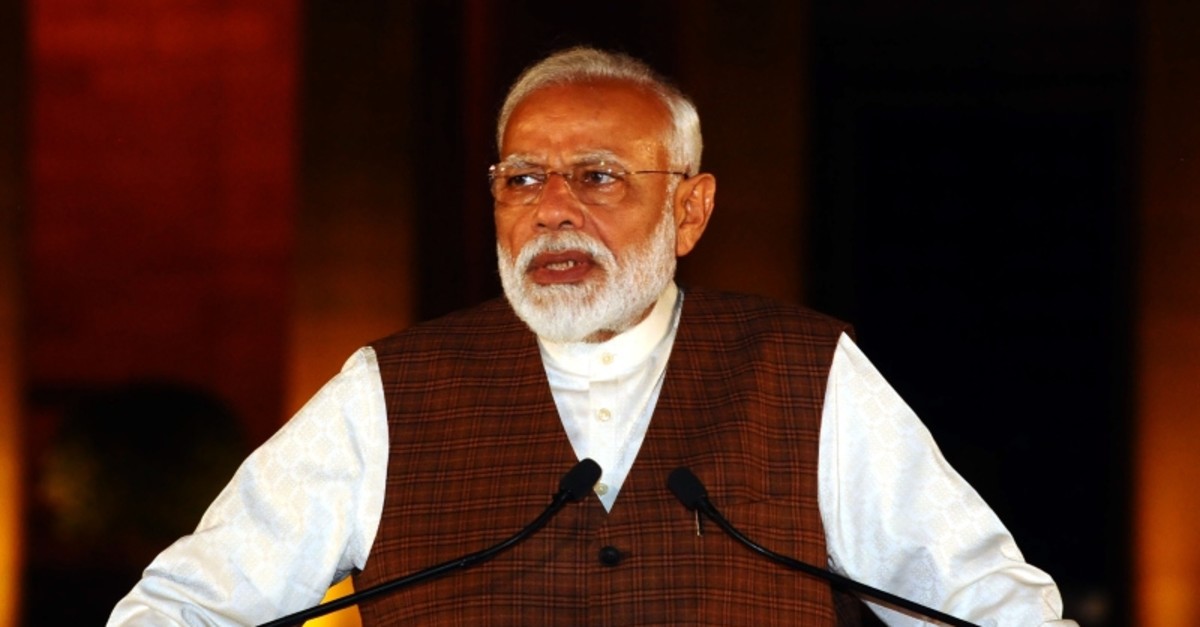 India's president on Saturday appointed Narendra Modi as the prime minister soon after newly-elected lawmakers from the ruling alliance, led by the Hindu nationalist Bharatiya Janata Party, elected him as their leader after a thunderous victory in national elections.

President Ram Nath Kovind said in a tweet that he also asked Modi to forward the names of those to be appointed as ministers in his government and the date for swearing-in for his second five-year term as prime minister. Modi and some leaders of his alliance met the president on Saturday.

Media reports said that Modi is likely to be sworn in by Kovind on Thursday.

BJP president Amit Shah announced Modi's name as the leader of the National Democratic Alliance in a meeting of the lawmakers in the Central Hall of Parliament in New Delhi.

The Election Commission announced that the BJP won 303 out of 542 seats in the Lok Sabha, the lower house of Parliament, after the official vote count from the six-week-long election was completed on Friday. That is well beyond the simple majority a party in India needs to form a government.

Critics say Modi and his party have applied divisive policies and used a Hindu-first strategy. But Modi said after Saturday's vote that "this election has become a movement of social unity."

"It is generally said that the election divides, creates distances, makes walls. But the 2019 elections have worked to break the walls," he said in his address.

On Friday, Modi met with his outgoing Cabinet ministers and later presented his resignation to the country's president. The president asked the officials to continue to serve until the new government assumes office.

Gandhi, whose great-grandfather, grandmother and father were all prime ministers, personally conceded his seat, long a Congress party bastion, to his BJP rival, India's textiles minister, marking the end of an era for modern India's most powerful political dynasty.

The victory was largely seen as a referendum on Modi's Hindu-first politics that some observers say have bred intolerance toward Muslims and other religious minorities, as well as his muscular stance on neighboring Pakistan, with whom India nearly went to war earlier this year after suicide attacks killed more than 40 Indian security officials in Indian-controlled Kashmir.

Modi effectively used the incident as a major campaign tool after responding to the attack with an airstrike in Pakistan that triggered nationalist sentiments, with the BJP saying Modi is the right person to ensure India's national security.