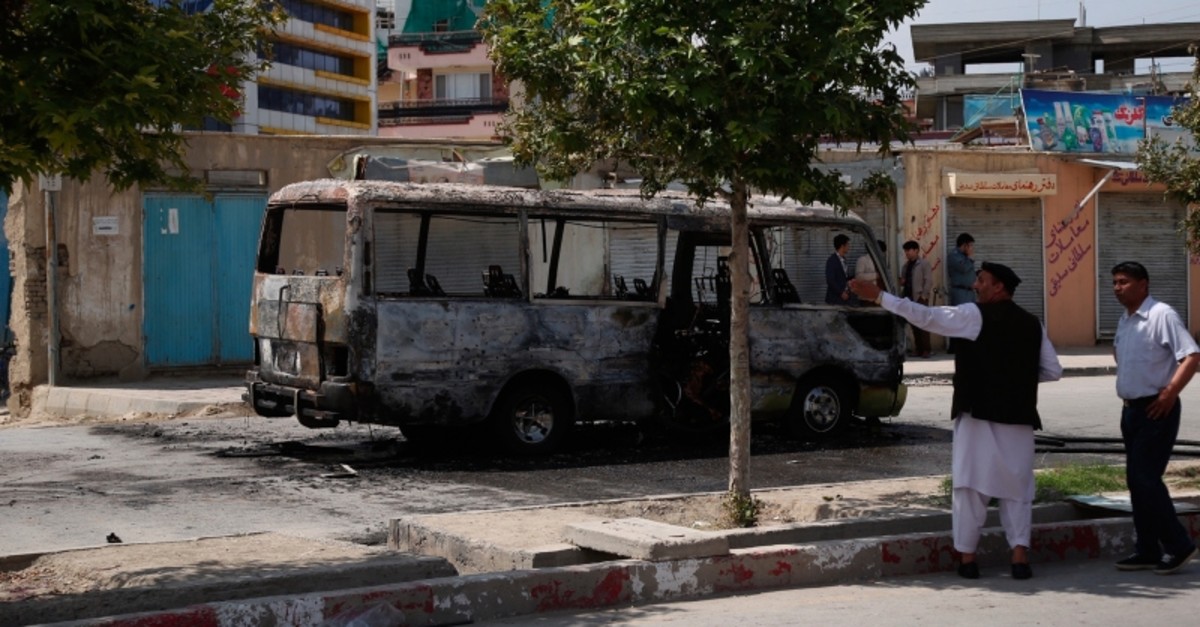 Nusrat Rahimi, spokesman for the Ministry of Interior, said the bus carrying government employees from the Independent Administration Reform and Civil Services Commission was targeted on the main Darul Aman road in the south of the city.

The Ministry of Public Health said in a social media post that at least five people were killed and more than 10 others got injured in the attack.

A wave of attacks has rocked the Afghan capital over the last week with the Taliban and Daesh claiming one each.

Four bombings on Sunday killed at least two people and wounded 27, preceded by deadly suicide bombings on Thursday and Friday.

Security is on high alert across the country for the Muslim holy festival of Eid al-Fitr later this week as the Taliban declined to announce ceasefire on this occasion.