China warns its citizens traveling to US over crime, shootings 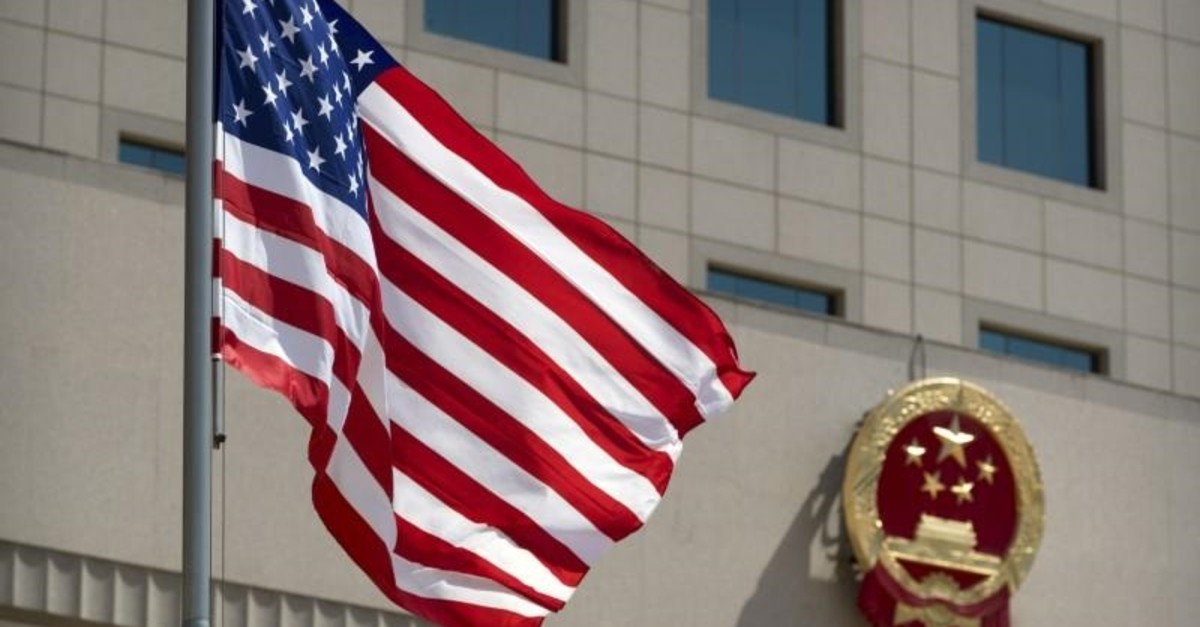 The American flag flies near the national emblem of China outside of the Bayi Building in Beijing, Wednesday, June 27, 2018. (Reuters Photo)
by Compiled from Wire Services Jun 04, 2019 1:07 pm

China on Tuesday issued a pair of travel alerts to its citizens going to the United States, warning them about police harassment and crime.

After having warned Chinese students and academics on Monday about risks involved in studying in the United States, the government on Tuesday widened its warning to include Chinese companies and tourists.

"In recent days, there have been incidents of gun violence, robberies and thefts in the United States," China's Ministry of Culture and Tourism said.

"The department reminds Chinese tourists to fully evaluate the risks of going to the United States, to understand the maintenance of public order of their destination, the laws and regulations, and to conscientiously raise their awareness of safety measures to ensure their safety."

Chinese companies and citizens in the United States should also be aware of harassment from law enforcement agencies, China's Foreign Ministry added.

Trump's administration said on Monday that China was pursuing a "blame game" in recent public statements and a weekend white paper that misrepresented the trade negotiations.

In a joint statement, the U.S. Trade Representative's (USTR) office and the U.S. Treasury reiterated their view that China's negotiators had "back-pedalled" on important elements of a deal that had been largely agreed, including on an enforcement provision.

"Our insistence on detailed and enforceable commitments from the Chinese in no way constitutes a threat to Chinese sovereignty," USTR and the Treasury said. "Rather, the issues discussed are common to trade agreements and are necessary to address the systemic issues that have contributed to persistent and unsustainable trade deficits."

China on Sunday issued a government policy paper on the U.S.-China trade dispute in which it asserted that the United States bore responsibility for setbacks in the talks, citing three instances in which Washington had backtracked on commitments made during the negotiations.

Chinese Foreign Ministry spokesman Geng Shuang told reporters that the United States was "singing the same old tune", and urged Washington to read China's white papers and stop telling itself it is infallible.

Chinese Vice Commerce Minister Wang Shouwen, a prominent member of Beijing's negotiating team, said in presenting the paper to the media that it would be impossible for the United States to use "extreme pressure" to force concessions from China.

Acrimonious rhetoric between Beijing and Washington has steadily increased since talks broke down in early May over U.S. accusations that Beijing had backtracked on commitments to codify in law changes to its intellectual property and technology transfer practices to address U.S. demands.

"The United States is disappointed that the Chinese have chosen in the 'White Paper' issued (on Sunday) and recent public statements to pursue a blame game misrepresenting the nature and history of trade negotiations between the two countries," USTR and Treasury said in the statement.

The agencies, which have taken the lead in negotiations for the U.S. side, said that the impetus for the negotiations was China's "long history of unfair trade practices" and U.S. negotiating positions have been consistent throughout the talks.

There have been no talks scheduled since the last round ended in May, and it remains unclear whether Trump and Chinese President Xi Jinping will meet when they both attend the G20 leaders summit this month in Japan.