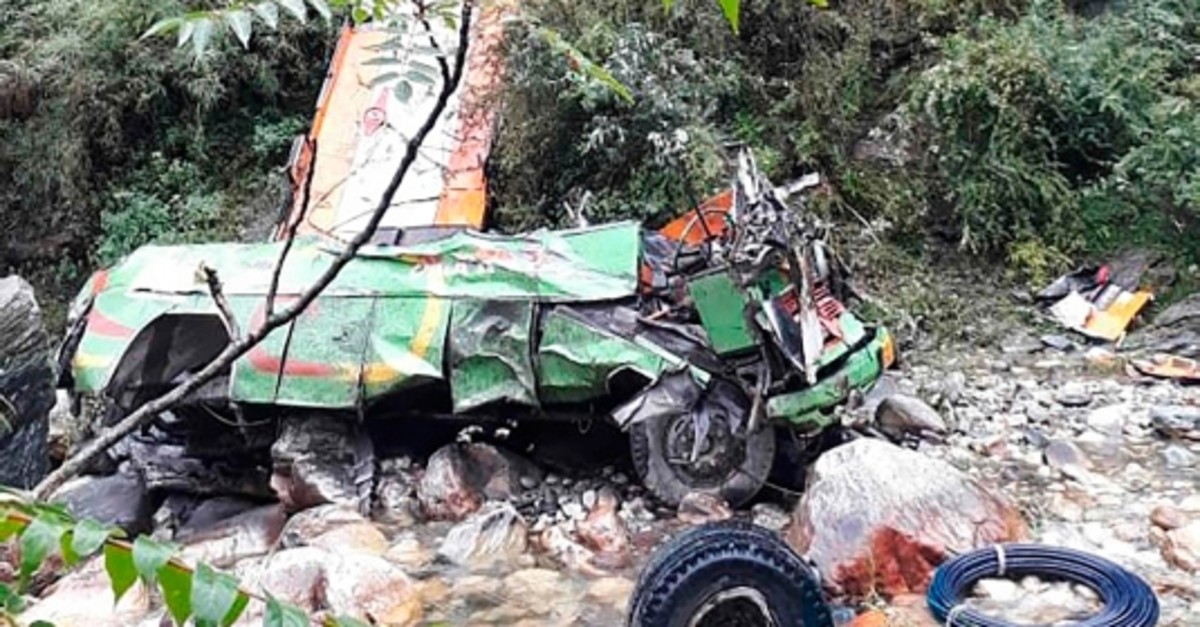 At least 44 people were killed when a bus in India's mountainous state of Himachal Pradesh plunged into a gorge on Thursday, officials said.

Another 28 were undergoing treatment, many of them for critical injuries, after the private, overcrowded vehicle veered off the road and fell into a 150-meter (500-foot) gorge in Kullu district of the northern Himalayan state.

Officials had given an initial toll of at least 25 dead but later said 19 others succumbed to injuries.

Kullu police chief Shalini Agnihotri told AFP the injured were taken to the nearest hospitals where they died during treatment.

Many of the victims were women and children coming back from work and school, she said.

The bus was carrying more than 60 passengers, a large number of them on the roof, when it lost control at a sharp curve and rolled down the steep mountain before perching on the edge of a stream.

Pictures from the scene showed the mangled remains of the colorful bus on the rocky edge of the water as volunteers made human chains to help survivors cross it.

Agnihotri said an investigation has been opened to determine the cause of the crash.

The Himalayan state is prone to deadly accidents owing to its rugged terrain, with speeding and overcrowding adding to the safety hazards.

At least 15 people were killed in April after their bus fell into a gorge in a nearby district.

In India an average of 150,000 people die in road accidents each year.

A separate crash on Thursday left three children dead and four feared drowned after their van plunged into a canal in the northern state of Uttar Pradesh, officials said.

Another 22 people either swam to safety or were rescued by locals.