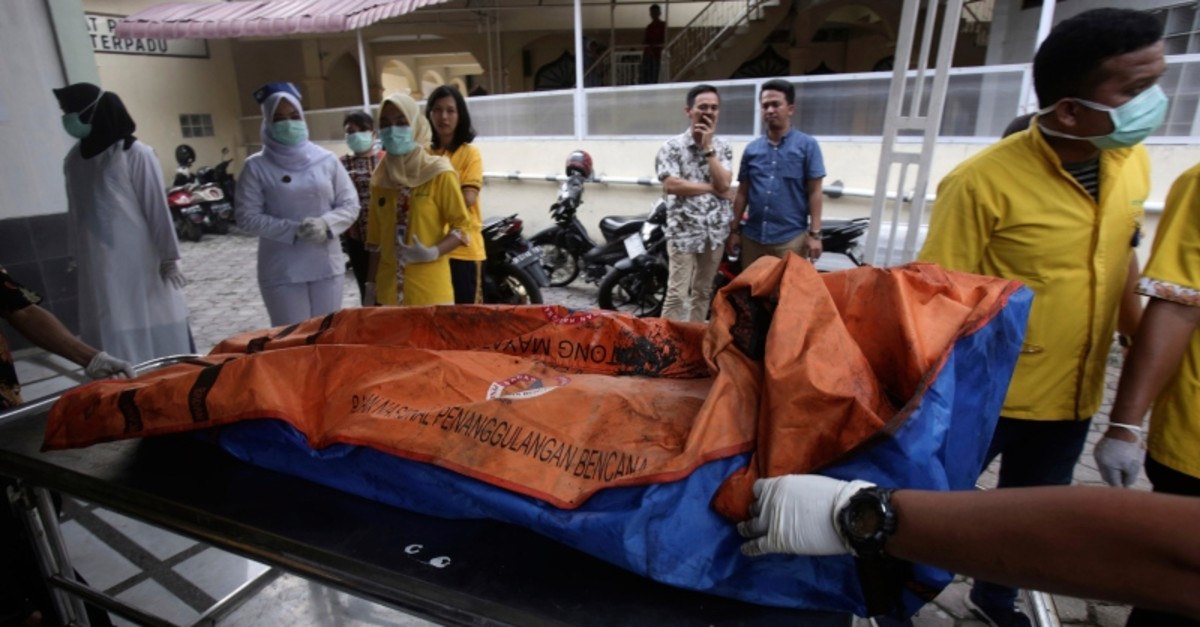 Paramedics put body bags containing the remains of the victims of a fire that razed through a match factory on a stretcher upon arrival at a hospital in Medan, North Sumatra, Indonesia, Friday, June 21, 2019. (AP Photo)
by Compiled from Wire Services Jun 21, 2019 1:16 pm

At least 30 people including children were killed in a fire that swept through a house that doubled as a match factory in Indonesia's North Sumatra province, a disaster official said Friday.

Irwan Syahri, from the local disaster mitigation agency in Langkap district, told the Associated Press the dead included three children. He said many of the victims are burned beyond recognition.

TV footage showed the burned-out structure in the town of Binjai, about 70 kilometers (44 miles) west of provincial capital Medan, its floor littered with twisted metal, blackened corrugated iron roofing and other debris.

The house owner, an elderly woman identified only as Ros, told MetroTV that she had rented the property for the past four years to a businessman from the provincial capital Medan.

North Sumatra police spokesman M.P. Nainggolan said the cause of the fire, which broke out Friday afternoon, was still unclear.

Resident Budi Zulkifli said he was headed to the local mosque in the Muslim-majority nation when the fire broke out.

"I was about to go out Friday prayers when there was a loud explosion," he told AFP.

Binjai police chief Nugroho Tri Nuryanto said a gas canister explosion may have set off the blaze, but that the cause still needed to be confirmed.

"We're still identifying the victims and scouring the scene," he said, adding that three people escaped the blaze.

It was not clear why there were children at the scene.

"Most likely they (employees) brought the kids to work," Syahritold Metro TV.

Millions of Indonesians work in unsafe conditions in informal or poorly regulated industries and accidents and fatalities are common.

Dozens died in the collapse of an unlicensed gold mine in North Sulawesi in February, and at least 47 people including underage workers were killed by a blaze at a fireworks factory in a Jakarta satellite city in October 2017.

Deadly fires are not uncommon in Indonesia due to poor safety standards that are routinely flouted, while homes doubling as illegal businesses is also widespread.

Seventeen people were killed when a fire ripped through a karaoke bar on Sulawesi island in 2015 and, in 2009, a fire killed 20 people at a karaoke bar in Medan, on Sumatra island.