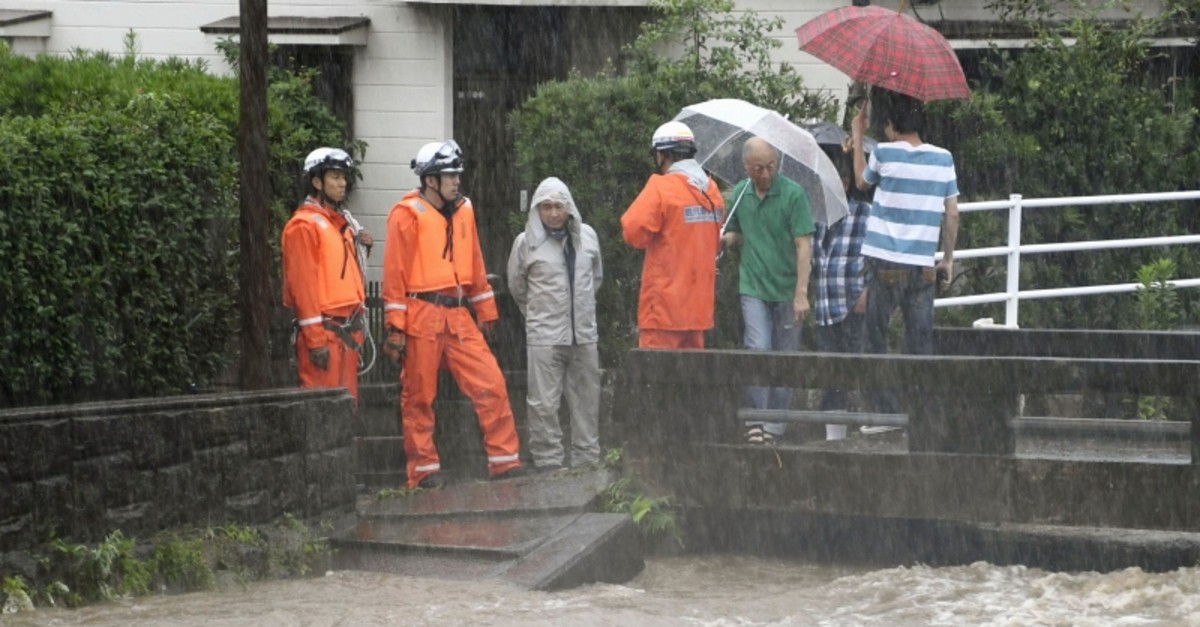 Japanese authorities on Wednesday directed more than 1 million residents in parts of the southern main island of Kyushu to evacuate to designated shelters as heavy rains batter the region, prompting fears of landslides and widespread flooding.

The Fire and Disaster Management Agency said the directive was issued in three southern prefectures including Kagoshima and Miyazaki. Directives are stronger than advisories, but there are no penalties if people do not comply.

Some 930,000 more were advised to evacuate, but no data was immediately available about how many had actually done so.

Some parts of southern Kyushu have received up to 1,000 mm (39.4 inches) of rain since Friday, about as much as usually falls in the whole month of July, Japanese broadcaster NHK said. The Meteorological Agency says up to 35 centimeters (13 inches) more rain is expected through Thursday.

An elderly woman was killed in a mudslide in Kagoshima. The rain also has flooded dozens of homes.

He urged residents to use caution and try to evacuate early "to protect your lives" rather than waiting until the last minute.

The agency said landslide warnings have been issued for parts of the three prefectures because rain is expected to intensify over the next few days.

"I live alone next to a river, and it's scary to think of water rising," one woman in an evacuation center told NHK. Another said the volume of rain that had fallen was "terrible."

Television footage showed rivers filled with fast-moving brown water, but none had overflowed their banks as of Wednesday evening, although one low dike had broken.

Several small landslides were reported, including one that swept away two cars. No injuries have been reported so far.

In Tokyo, Prime Minister Shinzo Abe said residents should "take steps to protect their lives, including early evacuation," and he ordered the military to prepare for rescue operations.

Abe was criticized for the government's slow response in July a year ago, when heavy rains triggered landslides and floods, killing more than 200 people in Japan's worst weather disaster in 36 years.

Then, a heatwave swept across Japan for a period of nearly two weeks with temperatures reaching record highs.

The number of those who died of heatstroke and other heat-related causes in July 2018 more than tripled from a year earlier to 1,032, according to the Health Ministry.