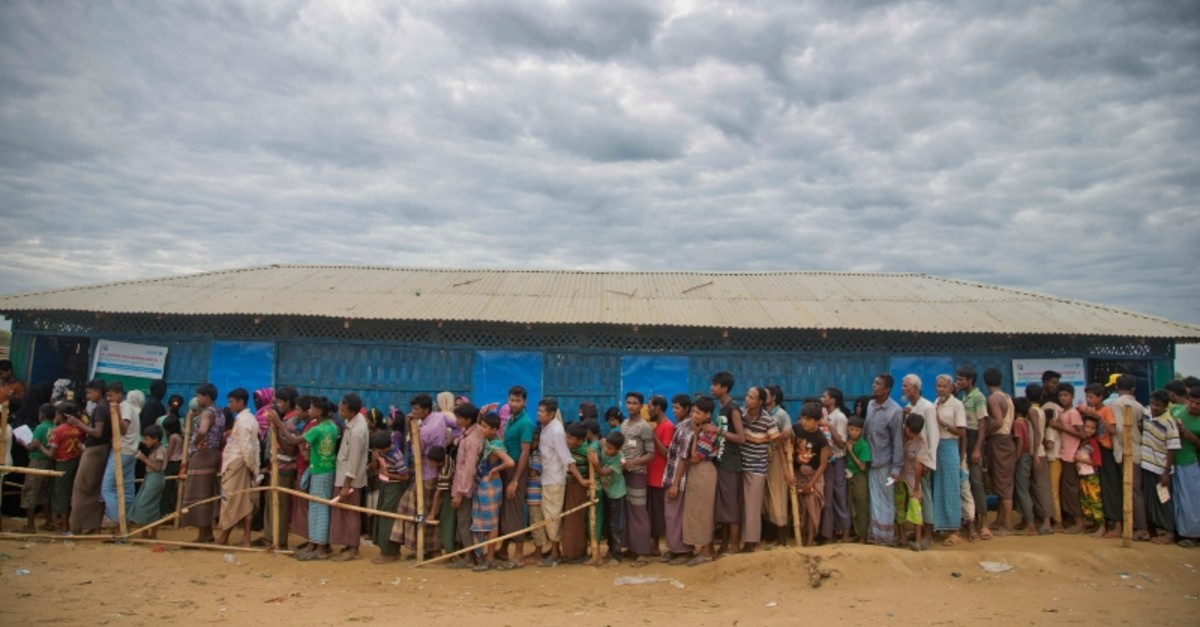 In this file photo dated Wednesday, Nov. 15, 2017, Rohingya Muslims, who crossed over from Myanmar into Bangladesh, wait in queues to receive aid at Kutupalong refugee camp in Ukhiya, Bangladesh. (AP Photo)
by Compiled from Wire Services
Jul 04, 2019 4:25 pm

The International Criminal Court prosecutor has filed a request with judges to open a formal investigation of crimes against humanity allegedly committed against Rohingya Muslims from Myanmar.

Prosecutor Fatou Bensouda said Thursday that she wants to investigate crimes of deportation, inhumane acts and persecution allegedly committed as Rohingya were driven from Myanmar, which is not a member of the global court, into Bangladesh, which is an ICC member.

Bensouda says a preliminary probe established "a reasonable basis to believe that at least 700,000 Rohingya people were deported from Myanmar to Bangladesh through a range of coercive acts, and that great suffering or serious injury has been inflicted on the Rohingya through violating their right to return to their state of origin."

The Rohingya, described by the U.N. as the world's most persecuted people, have faced heightened fears of attacks since dozens were killed in communal violence in 2012.

According to Amnesty International, more than 750,000 Rohingya refugees, mostly women, and children, have fled Myanmar and crossed into Bangladesh after Myanmar forces launched a crackdown on the minority Muslim community in August 2017.

U.N. investigators have heard Rohingya testimony of a "consistent, methodical pattern of killings, torture, rape and arson." The report also said that more than 34,000 Rohingya were thrown into fires, while over 114,000 others were beaten.