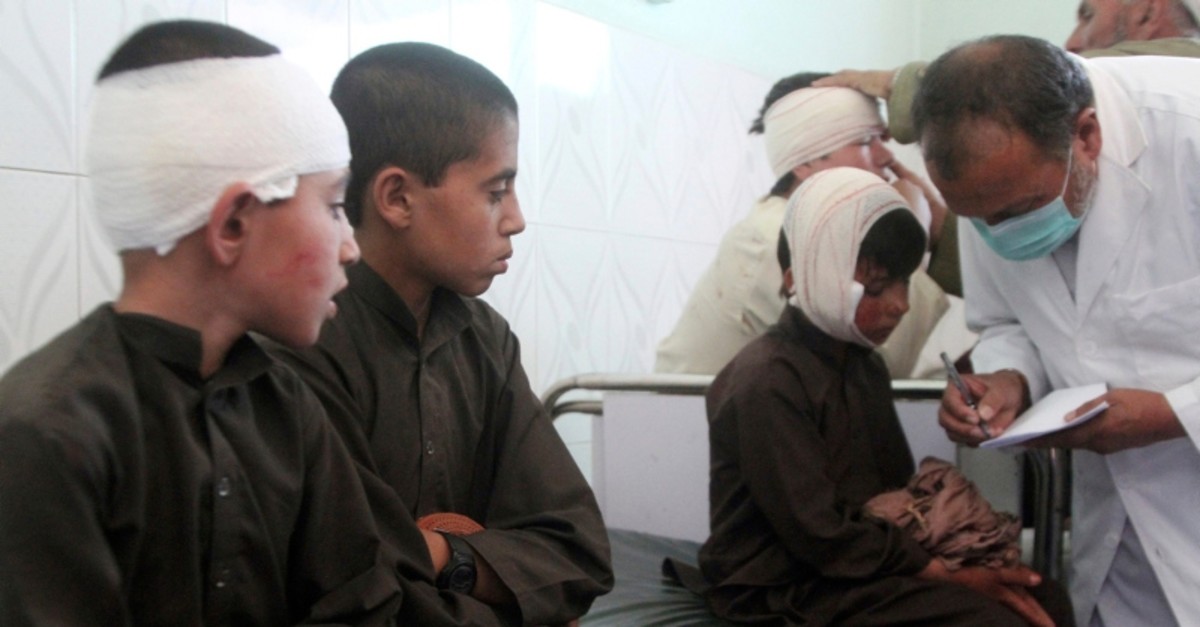 The Taliban carried out a devastating suicide car bombing in central Afghanistan Sunday that killed 12 people and wounded nearly 180 others, said Afghan officials.

The attack came as an all-Afghan peace conference, which includes the Taliban, were underway Sunday in Qatar's Doha in an effort to end to the country's relentless wars.

A provincial council member, Hasan Raza Yousafi, said the car bomb ripped through central Ghazni, the capital of the province of the same name. The dead included eight security personnel, he said.

Many of the wounded were students of a nearby high school, said the provincial health department chief, Zahir Shah Nekmal. He said most of the injured suffered cuts and abrasions from broken glass.

Taliban spokesman Zabihullah Mujahed claimed responsibility for the suicide attack saying the target was the NDS intelligence service's compound in Ghazni. He said the bombing killed tens of intelligence employees. The Taliban often exaggerate such claims.

Meanwhile, U.S. Peace Envoy Zalmay Khalilzad hailed the intra-Afghan talks underway in Doha as a good first step toward substantive negotiations between Afghans on a framework for the country's future.

He said Washington's "aspiration" is to have that framework in place by Sept. 1 and ahead of the Afghan presidential election.

Khalilzad, who has been holding direct talks with the Taliban for the past six days also in Doha, told a press briefing that included The Associated Press that the discussions were the most productive ever.

He will resume talks with the Taliban on Tuesday, he said.

The seventh round of talks have covered a timeframe for the withdrawal of U.S. and NATO troops from Afghanistan, verifiable anti-terror guarantees from the Taliban, intra-Afghan negotiations and an eventual cease-fire.