Sri Lanka on alert as Muslims fear backlash from Buddhists 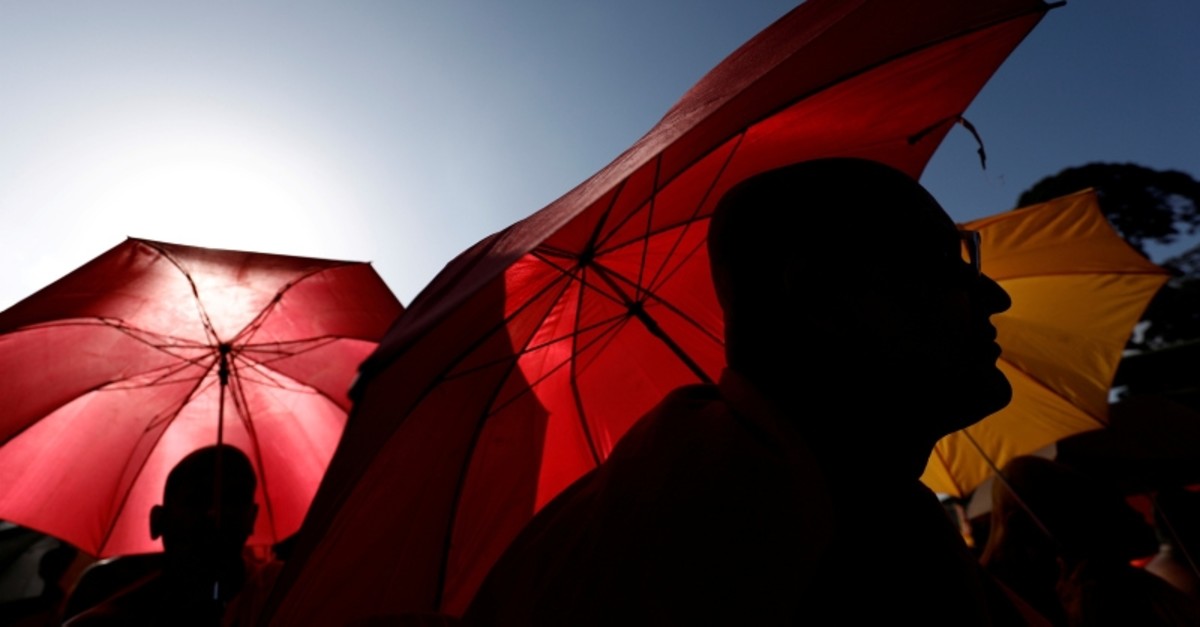 As Buddhist hard-liners hold their first meeting after the Easter attacks in Sri Lanka, concerns have grown among Muslims as they fear from a backlash from such groups.

Police lined the streets of the Sri Lankan highland town of Kandy yesterday and the army was on standby as hard-line Buddhist monks gathered for their first big assembly since the Easter attacks. Dressed in orange, Galagoda Aththe Gnanasara, the influential head of the Buddhist nationalist group Bodu Bala Sena (BBS), visited one of Buddhism's most sacred temples in Kandy on Sunday where a relic believed to be the Buddha's tooth is kept. Later in the day, the hardliner, who has faced allegations of inciting violence against Muslims, addressed the gathering.

Muslims have become fearful of hard-line groups such as the BBS that are leading the campaign against them. Many shopkeepers and restaurant owners in Kandy said they planned to close their establishments yesterday for fear of violence.

There has been increasing anti-Muslim violence in the country in recent weeks, blamed in part on Buddhist groups, in apparent reprisal for the April bombings. After the deadly terrorist attack in Sri Lanka, killing over 250 people and injuring another 500, many Muslims braced for revenge attacks on mosques, Muslim-owned businesses and homes were looted and burned. A mob in Sri Lanka's Puttalam district killed a Muslim man, despite the imposition of a nationwide curfew amid increasingly frequent incidents of anti-Muslim violence.

Sri Lanka's Muslims make up about 9 percent of its population of 21 million people and mostly live in the east and center of the island. Mosques and Muslim-owned properties in the country have been widely attacked, especially by Sinhalese Buddhists. Some Buddhist nationalists have protested the presence in Sri Lanka of Muslim Rohingya asylum-seekers from mostly Buddhist Myanmar, where Buddhist nationalism has also been on the rise.

Muslim communities across the world have suffered numerous hate attacks over the past years with many blaming the surge of anti-Muslim discourse in the media and supported by the politicians. The Christchurch, New Zealand mosque terror attacks became the latest example of growing far-right terrorism, a well-known global threat. Extremist politics, including extreme nationalist and white supremacist politics that appear to be at the core of the latest terror attack on Muslims in New Zealand, have been part of daily politics for a long time. The rise of global extremism, with the flourishing of the right in Europe and U.S. President Donald Trump and the "alt-right" in America, has emboldened potential terrorists.