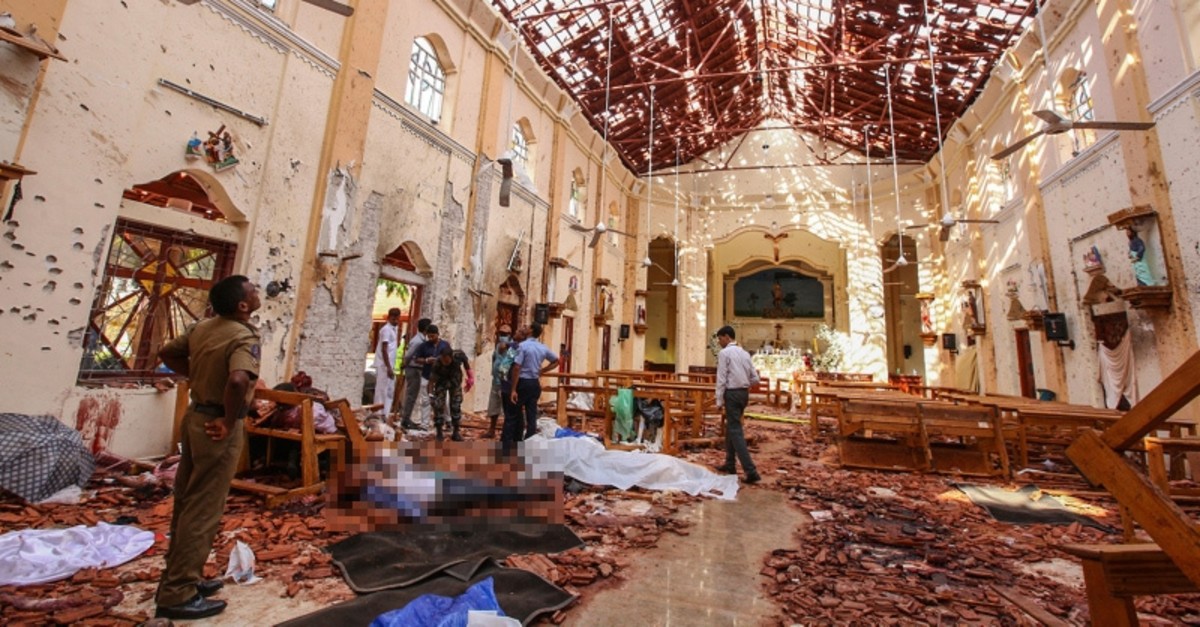 The statement comes amid a nationwide narcotics crackdown, with President Maithripala Sirisena aiming to reintroduce capital punishment for drug offences.

Authorities have said local terrorist group National Thowheeth Jama'ath (NTJ) were responsible for the suicide bombings in churches and hotels that killed at least 258 people in April. The attacks were later claimed by the Daesh group.

Sirisena's office said the day after the bombings that local terrorists and international terror groups were responsible for the attacks.

But in a statement issued by his office Monday, Sirisena said the attacks "were the work of international drug dealers".

"Drug barons carried out this attack to discredit me and discourage my anti-narcotics drive. I will not be deterred," he said.

Sirisena is waging a battle against efforts by his governing coalition in parliament to abolish capital punishment, which has been subject to a moratorium since 1976.

"There is no mention of drug dealers being involved. We have no reason to doubt our investigators."

He said speedier justice would be a bigger deterrent to drug traffickers than the threat of capital punishment.

"We don't believe hanging people will address the issue, especially considering that it takes several decades to get a conviction."

Sri Lankan courts take on average 17 years to complete criminal trials for grave offences such as murder and rape.

Gunawardana said Wickremesinghe was opposed to capital punishment as it was against the policy of his United National Party, and noted that there was cross-bench support in the legislature to completely abolish it.

Police officials said investigations into the April 21 suicide bombings were still ongoing, and all the more than 100 people in custody were Sri Lankans.

"We are going on the basis that this was a crime planned and executed by a group of radicalized Sri Lankans," a senior police official told AFP, asking not to be named.

"Everyone involved in the attacks is either dead or in custody."

Sirisena has marshalled public support for an end to the moratorium on the death penalty, saying that hangings would deter the illegal drugs trade.

"If the government brings legislation to abolish capital punishment, I will declare a day of national mourning," Sirisena said in the statement, adding that public opinion favored hanging condemned criminals.

He said the leading Buddhist monk Omalpe Sobitha had advised him to resume hangings and not to abandon his war on narcotics.

Sri Lankan courts routinely hand down death sentences to drug offenders, murderers and rapists but it is automatically commuted a term of life imprisonment.

Sri Lanka's Supreme Court earlier this month suspended Sirisena's moves to hang four drug convicts. The court banned any executions until it rules on a petition seeking a declaration that hanging breaches the country's constitution.

The next hearing in the case is in October.

Sri Lanka's last hangman retired in 2014, but officials said they had selected two new executioners from a pool of candidates.