Embalmed body of Ho Chi Minh is in great shape 50 years after his death, Vietnam says 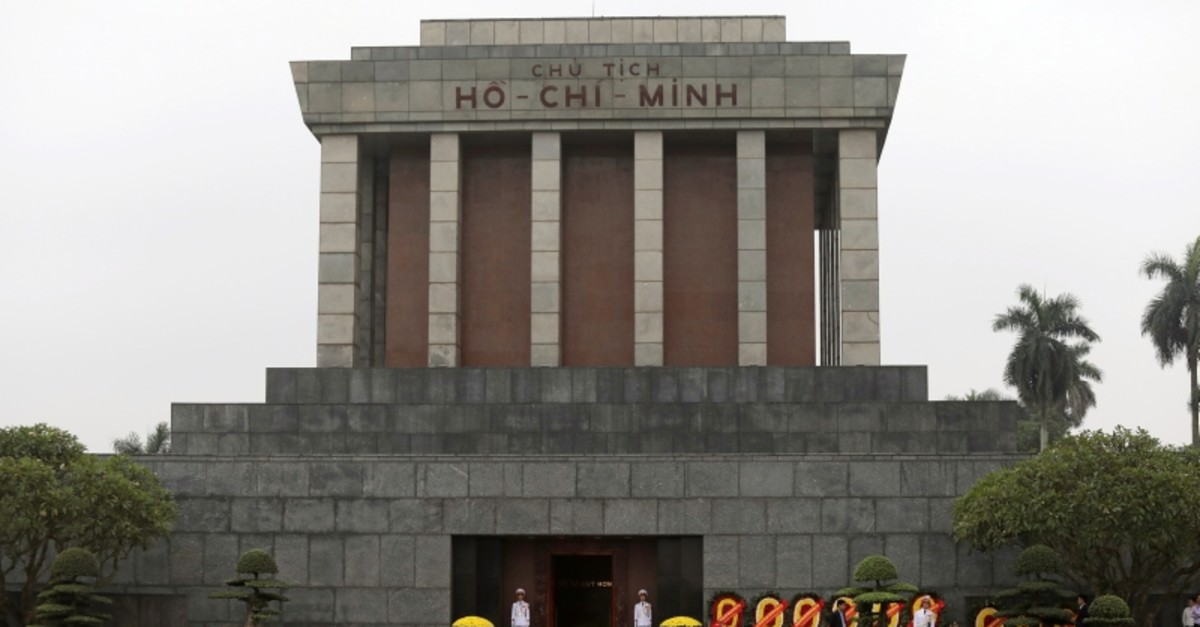 The embalmed corpse of Vietnam's founding leader, Ho Chi Minh, is in great condition, state media said on Friday, a month after the government recruited a team of Russian experts to help preserve the former revolutionary's body.

In June, Vietnam formed a special 11-member council of Vietnamese and Russian scientists to assess the condition of Ho's ageing corpse, which was first embalmed nearly 50 years ago.

The body is in "great condition and has been well-preserved," the news agency added.

The late communist revolutionary leader, affectionately known as "Uncle Ho" in Vietnam, died in 1969, at the height of the Vietnam War. He was 79.

He is preserved in a large Soviet-designed mausoleum in the capital, Hanoi, where he is displayed within a glass coffin in the dark interior.

Several countries across the world, including China, North Korea and Vietnam, have embalmed their founding leaders with help from the Soviet Union's "Lenin Lab", which put the embalmed body of Vladimir Lenin on display at the Red Square in Moscow shortly after his death in 1924.

At a meeting in Hanoi on Thursday with the council, Vietnamese Prime Minister Nguyen Xuan Phuc thanked the Russian team for their assistance.

The Southeast Asian country is planning a nationwide series of events ahead of Sept. 2, the fiftieth anniversary of Ho's death.

The events are designed to carry out Ho's will, which, according to the website of its propaganda department, means affirming the value of Vietnam's ruling Communist Party and nurturing the country's "next generation of revolutionaries".

One line of Ho's last testament was not mentioned in the celebration plans, however.

According to a photo of the handwritten will, published on the Party's official website on July 17, the late leader had other plans for his body after death:

"I require that my body be cremated," Ho wrote.

Ho was Vietnam's first president upon independence in 1954. During the anti-colonial war that broke out at the end of World War II, he led the Viet Minh forces to victory against France. However, the country was partitioned into two at the 17th parallel as a communist North Vietnam backed by China and Soviet Union and a Western-backed South. Enduring a relentless bombing campaign, the North defeated the ill-fated South in 1975 that managed to survive largely through U.S. intervention.