10 killed after 3 blasts in Afghanistan's capital 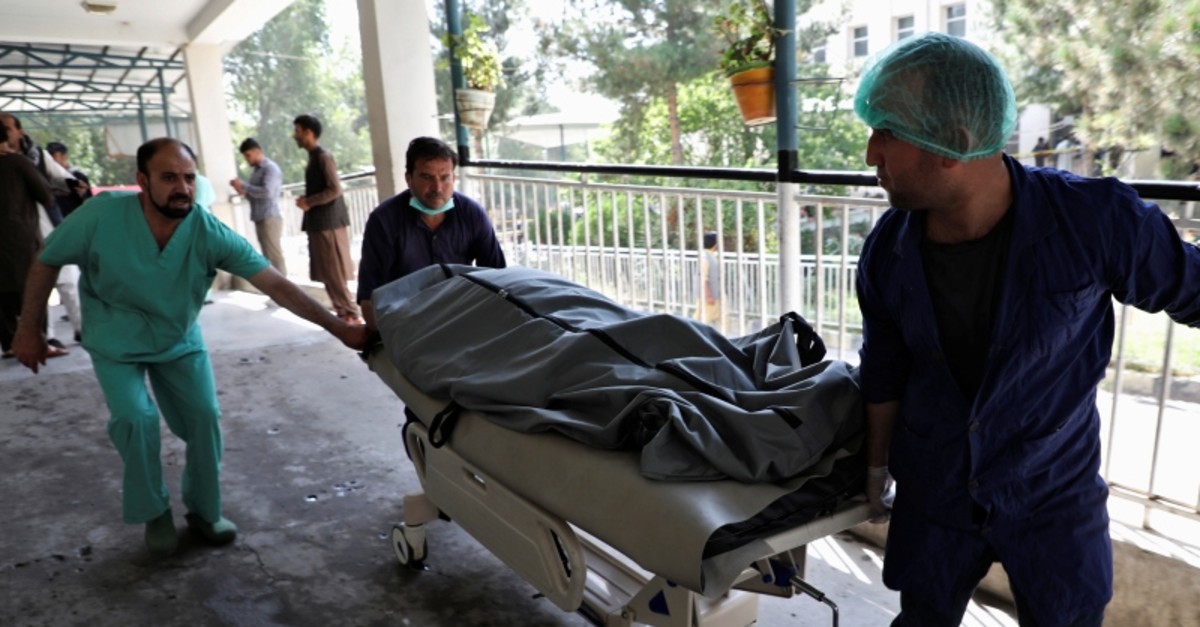 The Taliban unleashed three bombings in the Afghan capital on Thursday, killing at least 10 people — including five women and a child — as the chairman of the U.S. Joint Chiefs of Staff was visiting Kabul, officials said.

Marine Gen. Joseph Dunford was in the Afghan capital to meet with Afghan President Ashraf Ghani, according to a statement from the president's office. The Taliban quickly claimed responsibility for the bombings.

The morning's first attack was carried out by a suicide bomber on a motorcycle who blew himself up in front of a bus carrying Ministry of Mines employees, said Nasrat Rahim, a spokesman for the Interior Ministry.

A suicide car bomb then struck in the capital's east, according to police officer Abdul Rahman, who said the bomber targeted international coalition forces in Kabul.

However, NATO troops told The Associated Press their forces were not at the site when the explosion happened.

The third blast was a smaller magnetic explosive device left near the scene of the bus attack, which caused no deaths, said Rahim, the Interior Ministry spokesman.

At least 41 people were also wounded in the attacks, said Wahidullah Mayar, a spokesman for country's Health Ministry.

The Taliban control around half the country and have continued to launch daily assaults, mainly targeting Afghan security forces, even while holding negotiations with the U.S. aimed at ending the 18-year war.

President Ghani's office issued a statement saying he and Dunford had met to discuss peace and stability in Afghanistan.

The U.S. has also stepped up its air campaign against the Taliban this year, and all sides claim to have inflicted heavy casualties on each other.

Still, the U.S. and the Taliban insist they are making progress, and the insurgents and a group of Afghans this month made a vague and unbinding pledge to try to reduce civilian deaths to "zero."

But civilians continue to pay a heavy price in Afghanistan's raging conflict, with last year the deadliest on record for civilians.

President Donald Trump has said he wants the U.S. to quit Afghanistan as soon as possible.

He provoked outrage in Afghanistan this week when he claimed he could easily win the war but didn't "want to kill 10 million people" or wipe Afghanistan "off the face of the Earth."