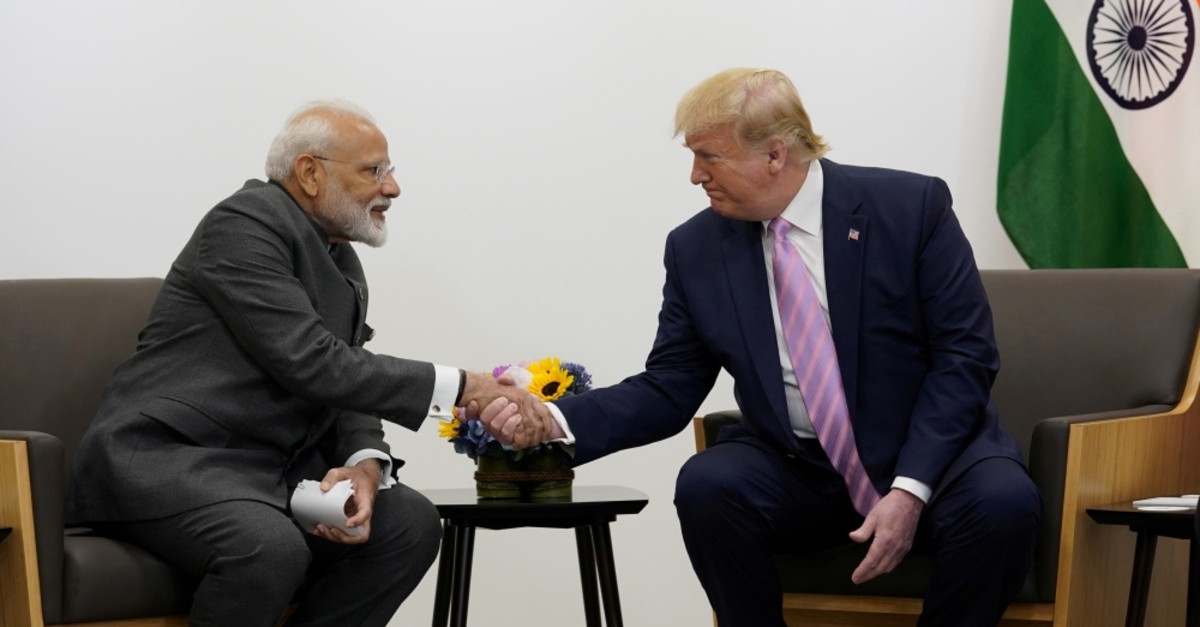 The U.S. intervention in India's decision to procure Russian S-400 missiles, combined with the threat of sanctions and regional problems, is forcing India to review its relations with Washington

Relations between the U.S. and India are entering a turbulent phase. The procurement of the S-400 missile system from Russia, the doubts over buying U.S. combat drones and the U.S. stance on Kashmir are among the main reasons for this situation. The harsh stance by the U.S. to force India into a corner seems to be causing more problems as India seeks alternative ways to increase its arsenal amid a regional crisis. The U.S. has mounted pressure on its allies, who would like to strengthen their relations with other superpowers and seek alternative means of procuring essential weapons systems.

India is one of these countries as its government is considering buying the S-400 missile system from Russia. After the U.S. warned the country several times to watch its ties with Russia, the U.S. Treasury Department finally declared last year that India could be removed from the U.S.' currency monitoring list of major trading partners on the grounds that India's steps concern Washington.

India has also established close relations with Iran and attempted to find a way to overcome the embargo and sanctions imposed by the U.S. However, this relationship has not become as dangerous as the one with Russia.

On the one hand, the U.S. would like India not to turn the rapprochement with Russia into an alliance and is sending tough warnings. On the other hand, the threat posed by China has brought India and the U.S. closer.

The unsteady relations between India and the U.S. are directly related to the arms issue. This turbulence forces India to look at other alternatives. Yet a recent article that appeared on Russia Today, in reference to India's media, demonstrated that current agreements between the U.S. and India are in danger. According to the article, "The Indian military has growing concerns that the U.S.-made unmanned aerial vehicles (UAVs) it planned to buy may not survive in the 'contested' skies against its rivals and cost more than fully armed fighter jets." The Hindustan Times reported that India was seeking to buy combat drones for its air forces and navy. But the Indian army is reluctant to realize the agreement on the grounds that the drones would not function well in Kashmir and along the disputed border with China. Moreover, Indian army officials are unhappy with the cost as the drones' price "tag around $100 million for one drone, and $100 million more if equipped with laser-guided bombs and Hellfire missiles."

While India's Prime Minister Narenda Modi stated that his country would not "succumb to any pressure or influence in the matters of national security," U.S. President Donald Trump's statements over Kashmir caused further disturbances in India. During a meeting with Pakistani Prime Minister Imran Khan, Trump said Modi asked him to become a mediator for the decades-long Kashmir conflict. New Delhi refuted Trump's claim but its main rival, Pakistan feels it has the upper hand now.

India was one of the closest allies of the Soviet Union but its relations with Moscow were hampered following the collapse of the USSR. Since then, New Delhi has been closer to the U.S. However, relations with Russia have improved since 2000. A political initiative, the "Declaration on the India-Russia Strategic Partnership," was aimed at strengthening bilateral ties. Despite this positive stance, India's close relationship with the U.S. has sometimes posed problems. For instance, India has been suffering from Washington's Countering America's Adversaries through Sanctions Act (CAATSA), which threatens to impose sanctions on certain companies that cooperate with Russia.