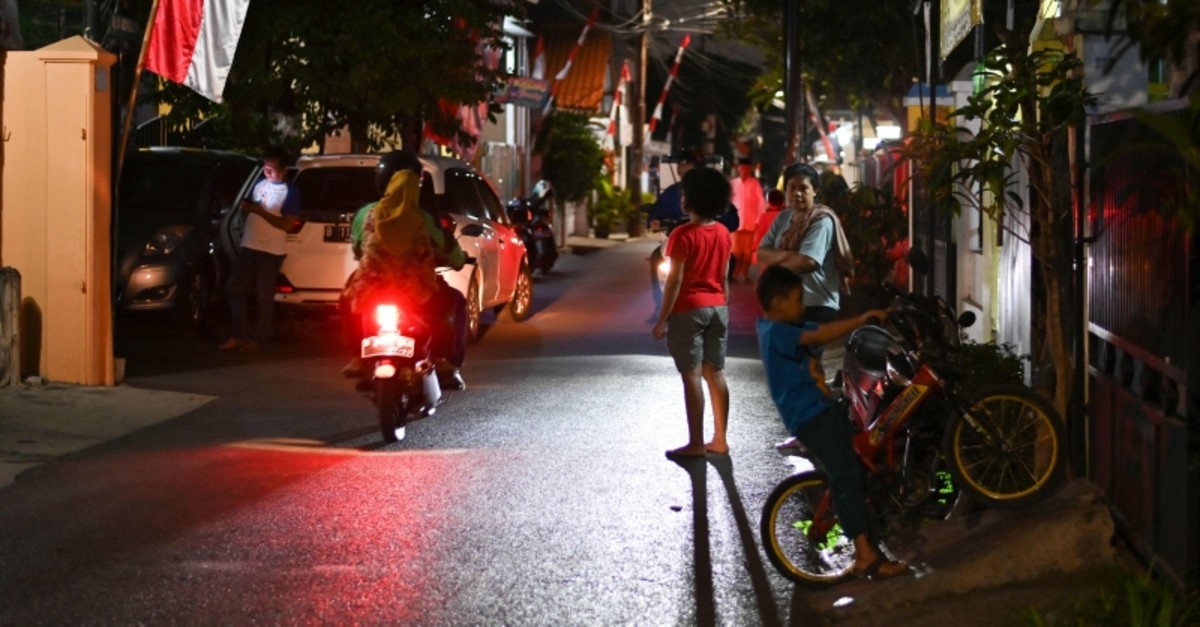 Residents stand outside in the street after a strong earthquake hit the area around Jakarta on August 2, 2019 (AFP Photo)
by Compiled from Wire Services Aug 02, 2019 3:33 pm

Indonesian authorities on Friday urged people living near the coast to move to higher ground, after issuing a tsunami warning in the wake of a magnitude 6.9 earthquake off the islands of Sumatra and Java.

The Indonesian geophysics agency issued a tsunami warning after the quake, which the U.S. Geological Survey said had a magnitude of 6.9 and hit at a depth of 59 km (37 miles), about 227 km (141 miles) from the city of Teluk Betung in Banten province on the island of Java.

Indonesia's disaster mitigation agency said on its Twitter feed that residents on the Banten coast should "immediately evacuate to higher ground".

Buildings in Jakarta swayed for nearly a minute during the evening quake. Television footage showed workers and residents running out of high-rise buildings.

Radio and television reports said people felt a strong quake in Banten province and in Lampung province along the southern part of Sumatra island. The temblor caused a panic among residents in several cities and villages, but there were no immediate reports of injuries or damage.

There were no immediate reports of damage or casualties, but strong tremors were felt in Jakarta, the capital, prompting people to run out of office buildings.

The United States Geological Survey earlier put the magnitude of the quake at 6.8, before raising it to 6.9.