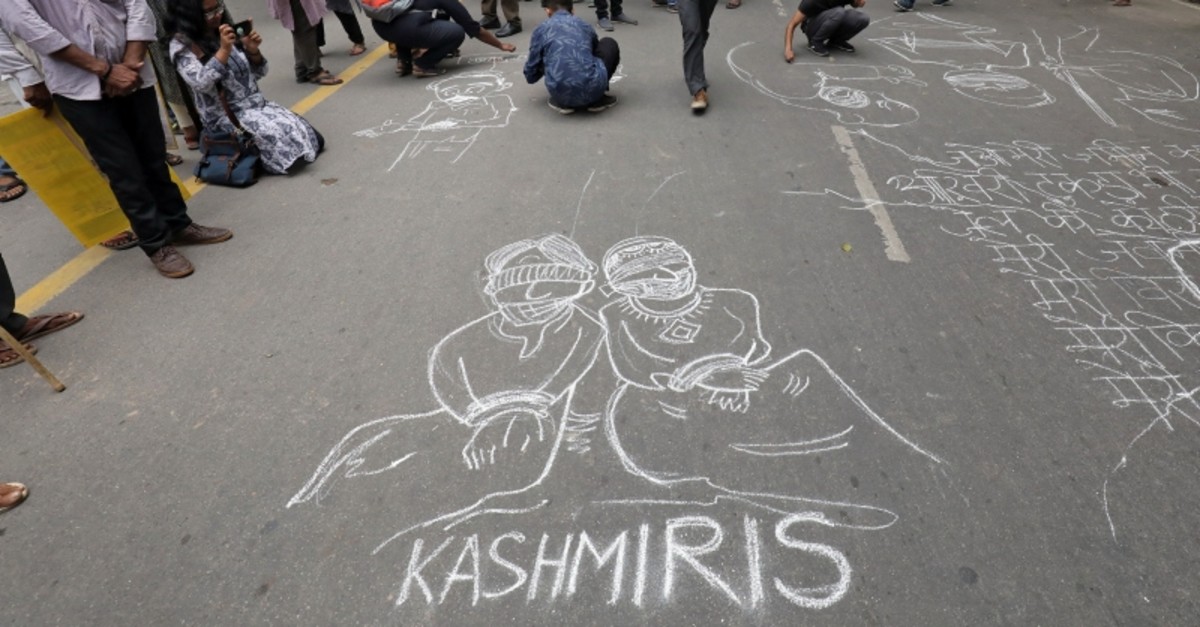 People draw and write messages on a road during a protest against the scrapping of the special constitutional status for Kashmir by the government, in New Delhi, India, Aug. 7, 2019. (Reuters Photo)
by Compiled from Wire Services Aug 07, 2019 4:49 pm

Pakistan has decided to downgrade its diplomatic ties with neighboring India and suspend bilateral trade in response to New Delhi's decision to reduce the special status of Kashmir, a Himalayan region claimed by both countries.

The decision was made Wednesday at a meeting of Pakistan's National Security Committee led by Prime Minister Imran Khan and attended by the heads of the armed forces and senior government officials.

Pakistan described India's decision as "illegal, unilateral" and said it would bring up the move at the United Nations Security Council, to pressure India to reverse its decision to strip statehood and other rights from the portion of Kashmir it administers.

The government said in a statement that Pakistan will also review other aspects of relations with India.

In the statement, Khan directed the country's armed forces to continue vigilance, adding that he directed for all diplomatic channels be activated to expose the "brutal Indian racist regime" for its "human rights violations."