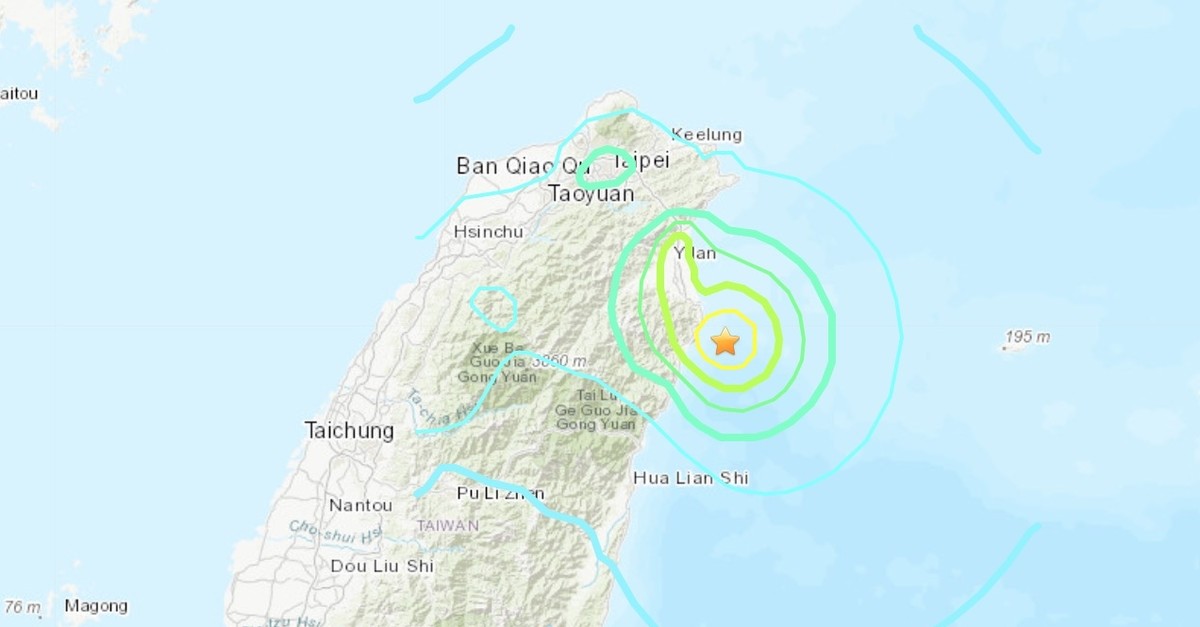 A 5.9-magnitude earthquake rattled Taiwan on Thursday, the US Geological Survey said, but there were no immediate reports of casualties.

The quake struck at 5:28 am (2128 GMT Wednesday) at a depth of 10 kilometers (6.2 miles) in northeastern Yilan county. Taiwan's central weather bureau put its magnitude at 6.0.

Highrises swayed in the capital Taipei, waking people up from their sleep.

Taiwan lies near the junction of two tectonic plates and is regularly hit by quakes.

In April, a 6.1-magnitude earthquake hit the island, disrupting traffic and injuring 17 people.

Taiwan's worst tremor in recent decades was a 7.6-magnitude quake in September 1999 that killed around 2,400 people.