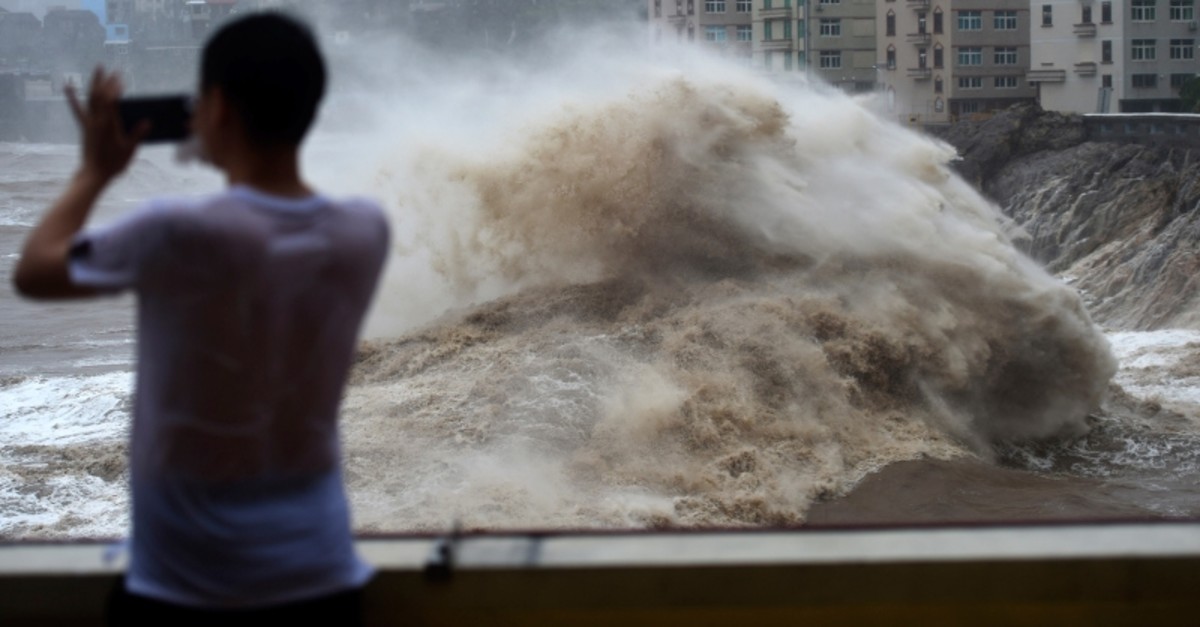 The death toll from Typhoon Lekima rose to 32 in eastern China, local authorities said Sunday, as rescue teams worked to find more than a dozen people still missing after the storm triggered a landslide and forced the evacuation of more than a million residents.

At least 18 people were killed in a landslide triggered by torrential downpours in the municipality of Wenzhou, around 400 kilometres (250 miles) south of Shanghai, national broadcaster CCTV said Saturday.

A further 14 deaths were announced Sunday, but it was unclear if they were from the same incident.

Sixteen people were still missing, according to Zhejiang provincial authorities.

More than a million people were evacuated from their homes ahead of the typhoon, the official Xinhua news agency reported. Some 110,000 people were housed in shelters.

According to authorities, the natural disaster has caused economic losses of more than 15.8 billion yuan (US$2.2 billion).

In Linhai city alone, losses amounted to around 2.1 billion yuan ($300 million), which included 183 collapsed houses and more than 600 damaged roads.

On Sunday, footage from CCTV showed rescue workers on boats navigating through Linhai, where streets were submerged in muddy water.

Lekima had crossed into Jiangsu province north of Shanghai and was expected to hit Shandong province later on Sunday, CCTV reported. Both provinces have already issued a red alert for torrential rain.

More than 3,200 flights have been cancelled due to the typhoon, the state broadcaster reported, as Shanghai, Beijing and other cities grounded planes.