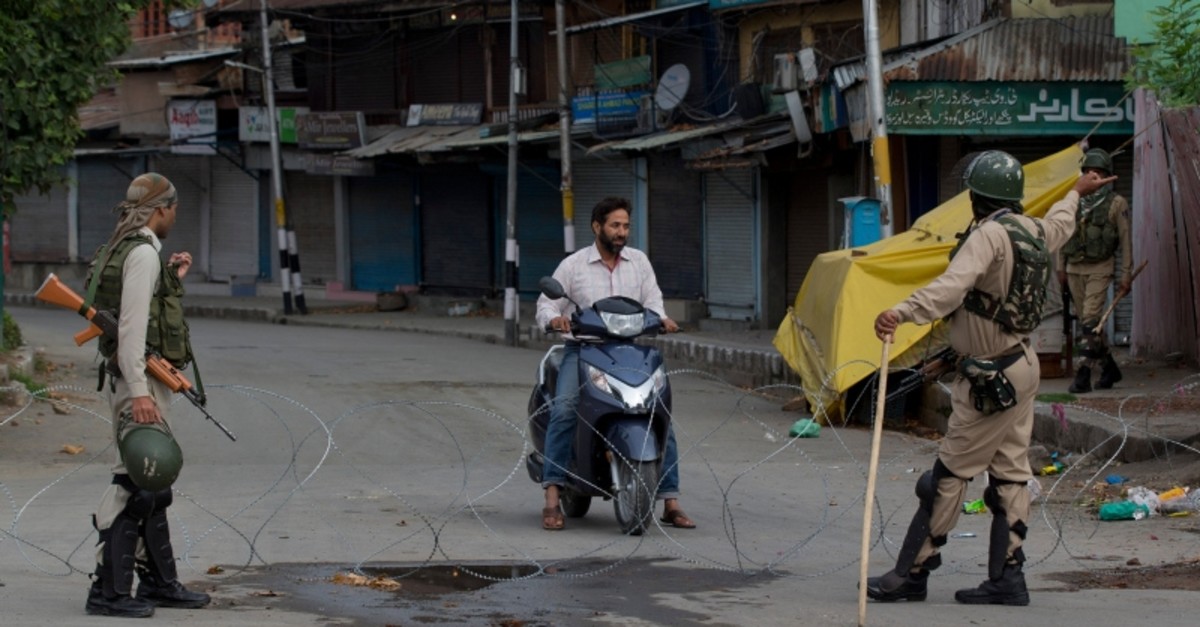 Thousands of people have been detained in India-controlled Kashmir over fears of unrest since New Delhi stripped the restive region of its autonomy two weeks ago, government sources told French Press Agency (AFP).

A magistrate speaking to AFP on condition of anonymity said at least 4,000 people were arrested and held under the Public Safety Act (PSA), a controversial law that allows authorities to imprison someone for up to two years without charge or trial.

"Most of them were flown out of Kashmir because prisons here have run out of capacity," the magistrate said, adding that he had used a satellite phone allocated to him to collate the figures from colleagues across the Himalayan territory amid a communications blackout imposed by authorities.

Meanwhile, restrictions are continuing in much of Indian-administered Kashmir, despite India's government saying it's gradually restoring phone lines and easing a security lockdown that's been in place for nearly two weeks.

Soldiers on Sunday still manned nearly deserted streets and limited movement of the few pedestrians who came out of their homes in Srinagar, the region's main city.

Kashmir is divided between Pakistan and India, but both claim the Himalayan region in its entirety.