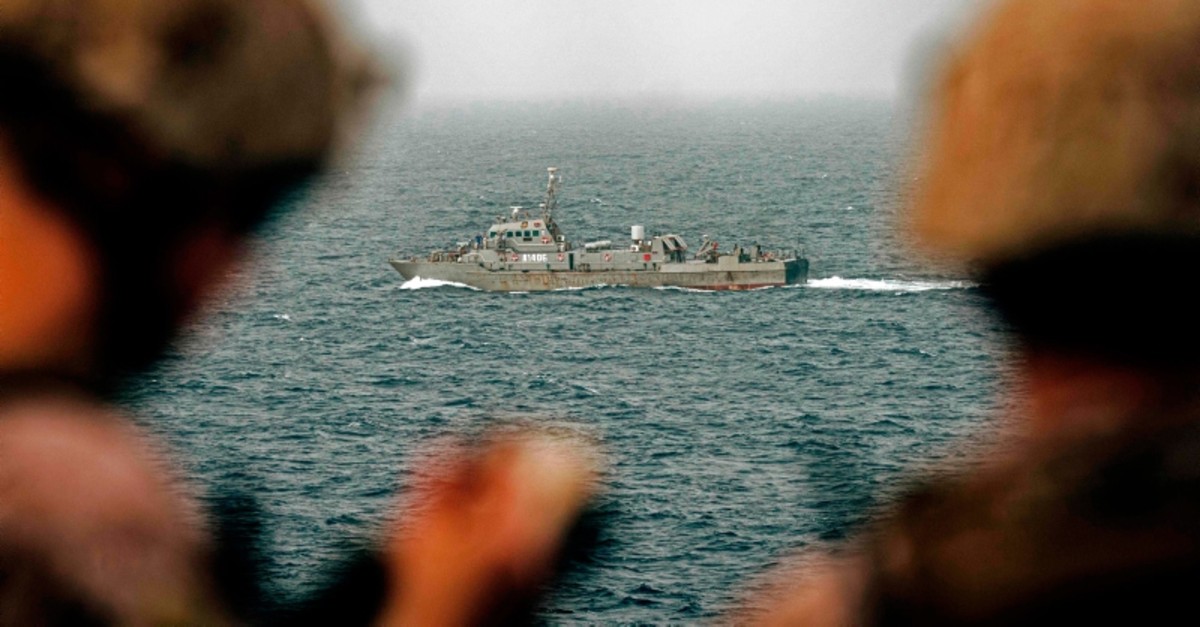 This handout picture taken by the US Navy on August 12, 2019, shows US sailors aboard an amphibious transport dock ship as they keep watch on Iranian fast attack craft in the Strait of Hormuz. (AFP Photo)
by Daily Sabah with AP Aug 21, 2019 9:58 am
Australia has joined Britain and Bahrain in signing onto a U.S.-led maritime security mission to protect international shipping in the Strait of Hormuz.

Prime Minister Scott Morrison said Wednesday that Australia will contribute troops, a surveillance plane and a Navy frigate to protect shipping lanes off the coast of Iran.

He says it's a "modest, meaningful and time-limited" contribution in Australia's national and economic interests.

At least 15% of crude oil and up to 30% of refined oil destined for Australia transits through the Persian Gulf.

The warship will be redirected from an anti-piracy operation in the Middle East, while the Australian troops will be based in the headquarters that are coordinating the U.S.-led maritime security mission.

Initially, Australia will be involved for at least six months.

The U.S. began the Gulf security mission in June in the wake of attacks on oil tankers that Washington blamed on Iran.